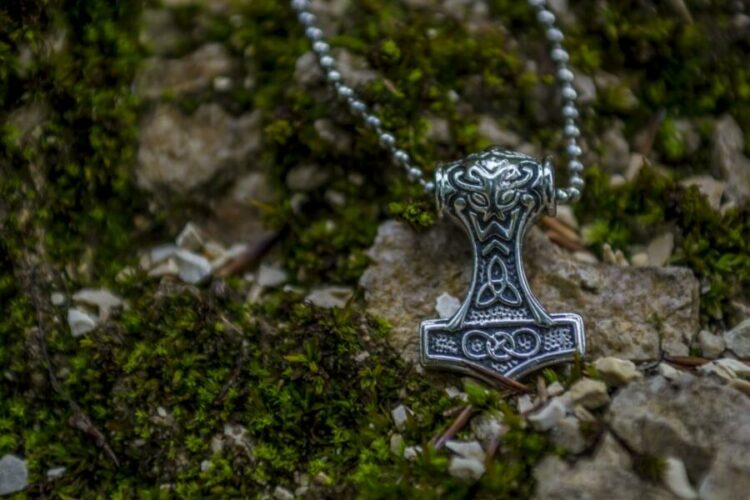 Among the various Viking artifacts, archeologists have different types of intricate jewelry that was common and not so common in the Viking era. Some of these jewelry designs are becoming increasingly popular today. Viking pendants, for instance, are a go-to option for many and were common in Viking times. Brooches were a necessity for many Vikings.

In this guide, we’ll take a look at some popular Viking jewelry types and find out if they have any meaning too.

So read on to learn about jewelry associated with gods like Thor and Odin!

There are three types of Viking pendants you should be aware of. There are pendants called:

A Mjolnir pendant is a representative form of Thor’s hammer. People who choose this pendant may want some of Thor’s immense power since he is the thunder god after all!

Of all the kinds of jewelry, brooches were the only ones that may have been essential for Vikings. They needed brooches to hold their garments together. So, you can imagine brooches were a very common item in the Viking period.

It is thought that there were two prominent types of Viking brooches. The Penannular-style brooch is what Viking men wore and the Oval brooch was the one for Viking women.

In archeological discoveries, ornamental beads have been found in sparse amounts, suggesting they weren’t so common. Beads were often made from glass or amber.

One way you can wear Viking beads is to add them to the necklace you wear while holding your pendant. In the past, it may have only been women who wore such beads, but we can’t see a problem with men using them to customize their necklaces.

If you want to learn more, you can shop for Viking jewelry here.

So now you have an idea of what Vikings wore as jewelry in their era. You can wear similar pieces in this modern era, and we recommend the Viking pendants as a good place to start.

For more blog posts on other topics, check out our navigation menu above or click on the website logo to go to our home page.

Also read: How to Inventory Your Jewelry Supply

Complete Guide on How to Identify The Real Diamond

Look for These Popular Engagement Ring Trends in 2023