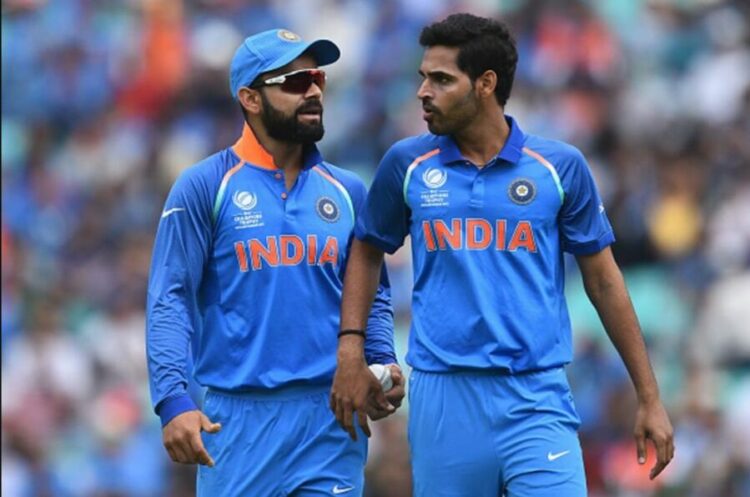 Virat Kohli exhaled a great sigh of relief after scoring his first international century against Afghanistan on Thursday. There was no indignant celebration after reaching the landmark on the 19th over; instead, he was all smiles. In a test match against Bangladesh in November 2019, Kohli batted an unbeaten 122 off just 61 balls to record his final century for his nation.

Cheers rang out around the room as he walked into the changing room. Kohli was in fantastic form throughout the current championship after a six-week break from the sport.

The fact that Kohli spoke briefly with bowler Bhuvneshwar Kumar in Asia cup 2022 match between IND vs AFG . While Indian cricketers and team mates praised him for his outstanding performance. Demonstrating how meaningful this century was for the 33-year-old.

Virat Kohli can be heard saying to Bhuvneshwar Kumar at the boundary line, “Abhi hain cricket baki (cricket is still in me)”.

Afghanistan was utterly demolished by a brilliant stretch of swing bowling from Bhuvneshwar Kumar. His last statistics were his best of his career: five wickets for four runs in four overs. Due to favorable circumstances, Bhuvneshwar was able to move the ball both ways at will. Leaving the opponents in disarray at 21 for 6. When they reached 111 for 8 in 20 overs, their innings was over.

A composed Kohli went on to highlight the problems faced during the century drought, which lasted more than 1000 days. Anushka Sharma, his wife, received credit from Kohli for his century.

“This hundred is for her and for our little daughter Vamika as well,” he said. “Six weeks off (and) I was refreshed. I realized how tired I was. Competitiveness doesn’t allow it, but this break allowed me to enjoy the game again.”