What are Virtual Influencers and How Do They Work 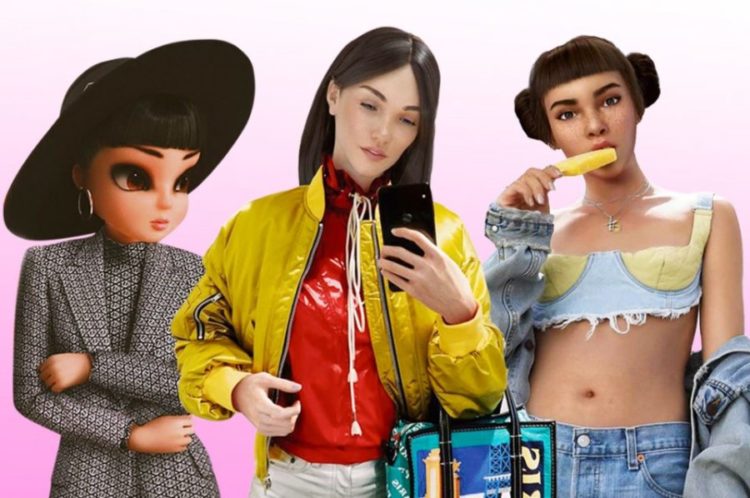 In many science fiction movies, we have seen humans communicating with robots. This idea may seem far-fetched for many. But do you know that it is happening for real now? Some of the technological advancements have enabled humans to chat with robots. They are the virtual influencers and you can find them anywhere on social media. There is also a possibility of these influencers dominating the social media world.

What are Virtual influencers?

Unlike humans, they can post pictures on Instagram anytime. They do not have a personal life to maintain too. So they can be accessed anytime. The brands are queuing up to make use of these influential robots to promote their products.

Further, the creators select clothes and personalities too. That is why they all are unique. Then they also choose the stories for the robots such as who they are following, their dates, their activities, and more. Also, they get to keep the large amounts of cash that come because of the virtual influencers. The creators even create the backdrop for the virtual influencers and make it appear as if they are traveling.

How do brands benefit from working with them?

More and more brands are trying to get their hands on the top virtual influencers to promote their brands. So some popular virtual influencers will be associating with the top brands in the future. Many people are now infatuated with the reel stories of virtual influencers. So the brands think that they are the best tool for their marketing campaigns. In this way, they can attract more people.

The virtual influencers look so real to the followers. That is why many are mesmerized by their actions. You can find them in K-pop to runway shows. They even make special appearances at high-profile luxury shows for their collaborations. These computer-generated characters have become the main feature of the world of influence.

The Renault Company has created its very own virtual influencer named Liv. Some of the other brands like Dior, Coach, Balenciaga, and OUAI are also collaborating with the popular virtual stars.

You may also read: Charlie from Good Luck Charlie is Not So Little Anymore

Top 6 Virtual Influencers in the world

Miquela Sousa is also known as Lil Miquela is a virtual influencer. She is a robot model working for fashion brands like Prada, Calvin Klein, and Dior. Also, she released a single titled “Not Mine” in 2017. Then she released a music video in “Hard Feelings”. She is a girl with cute freckles and is a Brazilian-American beauty. Her designer is a company called Brud based in Los Angeles. Now she has 3 million followers on Instagram and her followers are called “Miquelites”. She is also available on Twitter and TikTok too.

The brand called Super plastic which is the leading creator of animated synthetic celebrities, designer toys and apparel has its very own virtual influencer. It is a bunny that is obsessed with horror. He is a fashion horror artist & mixtape producer. Also, he loves The Shining.

Frost is one of the top virtual influencers in the market. He is a twenty-year-old virtual influencer who is based in Atlanta. In just one year he was able to get 1 million followers. In his community, he has stirred lots of conversations and interests. Many followers he has are women.

She is an animator and illustrator from Russia. Cattish is part of the honkfu visual label known for its specialty animation. Also, she is a cute and edgy girl with a lot of attitude. Now she has over 500,000 followers on Instagram.

She is originally from Brazil. This virtual influencer has a lot of recognition around the world. She first made her appearance in 2015. Now she has a lot of followers on Youtube. Also, she is available on Instagram, Twitter, TikTok, and Facebook. She has her very own TV show from Cartoon Network.

You can also follow them on the social media pages and know how they work. If you’re considering collaboration, the best approach would be to hire an agency in NYC that can run the whole campaign for you.

The Virtual Influencers are taking the internet by storm. They are entertaining the audience with their marketing and personal life stories. You can also follow them on the social media pages and know how they work.

You may also like: 8 Reasons You Should Be Using a Virtual Mailbox