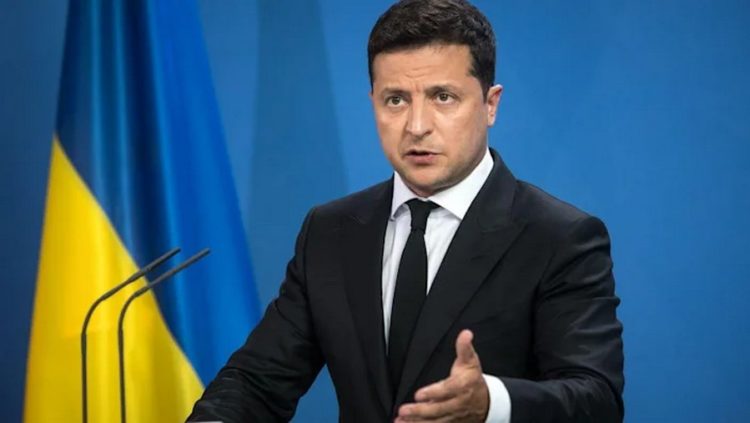 Volodymyr Zelenskyy is the Ukrainian president who has come to the headlines more recently because of the Russia-Ukraine war. He is forty-four years old. A former comedian he became the sixth president of Ukraine and has now gotten lots of praise for his firm stand against the Russian armies. He grew up as a native Russian speaker in the major city Kryvyi Rih located in the central city of Ukraine. During his presidency, he established himself as an anti-establishment and anti-corruption figure.

His leadership during the time of crisis has been described as a symbol of Ukrainian honour. You can find all the details of Ukrainian president Volodymyr Zelenskyy here.

The early life of Volodymyr Zelenskyy

The birth date of Volodymyr Zelenskyy is 25 January 1978. He was born in Kryvyi Rih and studied at Ukrainian Soviet Socialist Republic. The name of his father is Oleksandr Zelenskyy who is a professor and the head of Cybernetics. His mother Rymma Zelenska was an engineer. The name of his grandfather is Semyon Ivanovych Zelensky who was part of the Red Army during World War II. Semyon Ivanovych’s father and three brothers were murdered in the Holocaust.

During his growing years, he spoke Russian and then at the age of sixteen he passed the Test of English as a Foreign Language and received the grant to study in Israel. But his father did not permit him to go. He earned a law degree from Kryvyi Rih Institute of Economics but did not take up a career in the legal field. His full name is Volodymyr Oleksandrovych Zelenskyy.

About his Entertainment Career

At age seventeen Volodymyr Zelenskyy became part of a comedy competition named KVN. He also joined the united Ukrainian team “Zaporizhia-Kryvyi Rih-Transit”. Later he created Kvartal 95 team which became a popular comedy outfit Kvartal 95. In 2008 he acted in the feature film titled Love in the Big City and its sequel Love in the Big City 2. Some of the other movies he acted in are Office Romance Our Time in 2011 and Rzhevsky Versus Napoleon in 2012. He played the leading role in the 2012 film 8 First Dates.

Since 2018 the movie Love in the Big City 2 where Zelensky was the main lead was banned in Russia. This happened after the news of Zelensky’s Kvartal 95 offering 1 million hryvnias to the Ukrainian army.

In 2015 Zelensky became famous after his acting performance in the television series Servant of the People (TV series). He played the role of president of Ukraine in the series. In the series, Zelensky acted as a high school teacher in his thirties who wins the presidential elections after a video of him speaking against government corruption of Ukraine becomes viral.

His journey to become the president of Ukraine

In 2018 Zelensky’s Production Company Kvartal 95 entered politics by registering their political name as Servant of the People. This name was the same as the television series he acted as president. At that time Zelensky did not have immediate plans to enter politics but only decided to register so others may not use the name to enter politics. But there was widespread speculation of him running as president.

But in the coming elections, he already was the frontrunner in the opinion polls. His presidential campaign against incumbent Petro Poroshenko happened virtually. Zelensky reached the people through social media channels and YouTube clips. Instead of traditional clips, he made stand-up comedy routines across Ukraine with his company Kvartal 95. He said that he wanted to restore trust in politicians and shared “to bring professional, decent people to power”. Zelensky was elected as president in 2019 and bet Petro Poroshenko.

His stance during the Russo-Ukrainian crisis

In April 2021 because of the Russian military build-up at the borders of Ukraine, Zelensky spoke with the American president Joe Biden. Also, he asked the NATO members to speed up the process of Ukraine’s request for membership. In the same year, he accused Russia and Ukrainian oligarch Rinat Akhmetov of planning to overthrow his government.

When the United States and Turkish president Recep Tayyip Erdoğan asked Zelensky to leave Kyiv for his safety and also offered him a safe passage, he turned down both offers. He said, “the fight is here [in Kyiv]; I need ammunition, not a ride”.

Recognition as the wartime leader

Volodymyr Zelenskyy has received worldwide recognition for his part during the Russian invasion. The historian Andrew Roberts compared him to Winston Churchill. The president used the power of social media to get a place in history as the first truly online wartime leader. Rejecting the widely-used traditional methods he has used social media to reach the people of his country. Many commentators have described him as a global hero. He has received praise even from his former critics and political opponents.

Who is The wife of Volodymyr Zelenskyy

In 2003 Volodymyr Zelenskyy married Olena Kiyashko. The couple dated for eight years and fell in love gradually. She was his schoolmate but during their school years, they did not know each other. They connected only during their days in their profession. The couple’s first daughter is Oleksandra born in 2004. Then they had a son named Kyrylo in 2013.

Olena Volodymyrivna Zelenska is forty-four years old and she is a Ukrainian screenwriter. As she is the wife of President Volodymyr Zelenskyy she is the First Lady of Ukraine. She is one of the hundred most influential people in Ukraine.

Volodymyr Zelenskyy has now become a popular President because of his bold decisions and stance during the Russian invasion. He and his family were targeted several times by the opposers but still, he is trying to defend his country.

Aalso read: Why is Russia Attacking Ukraine? Reason and Effect of This War?