Was Robert Rackstraw D.B. Cooper? Everything You Need to Know About Him! 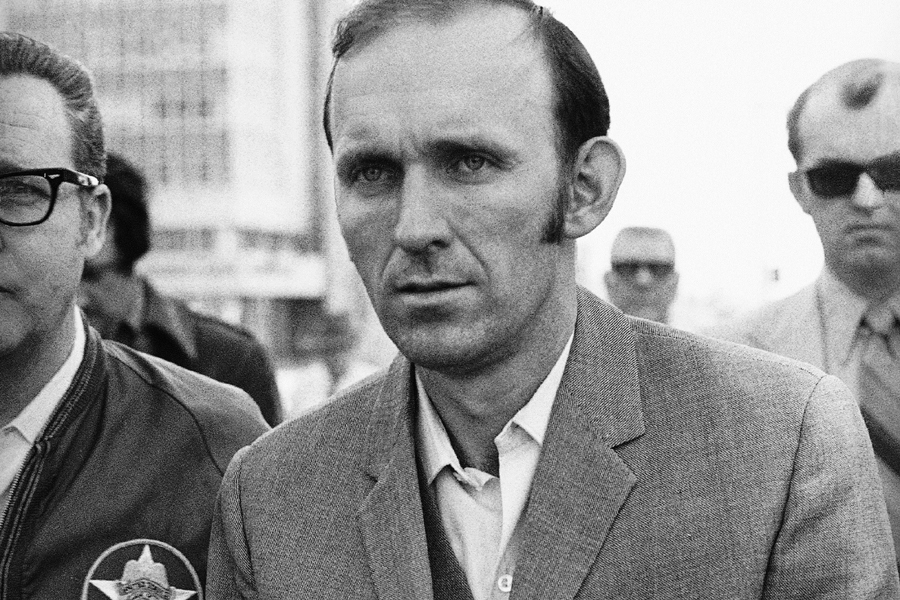 If you watched the most recent Netflix true-crime series, DB Cooper Where Are You?, you might be wondering the same thing: are you being convinced that Robert Rackstraw is the real criminal, or are you just being influenced by Thomas/Tom Colbert’s strong convictions? Whatever the case, he was the subject of a significant chunk of the documentary series, but was he the “one”?

The show focuses on the 50-year search for the enigmatic guy who, in November 1971, hijacked a Northwest Airlines passenger plane and stole $200,000, and vanished without a trace. One of the biggest mysteries of the 20th century is still the identity of the skyjacker D.B. Cooper.

Who was Robert Rackstraw?

Former Army pilot and ex-convict Robert Rackstraw won numerous awards for his valiant chopper rescues during the Vietnam War. After dropping out of high school, he joined the US Army as an explosives specialist and paratrooper. On perilous missions, he worked closely with the CIA.

His friends refer to him as a crazy man who loves the thrill. He was expelled for domestic violence in 1970, however, after serving for 7 years. Along with forging his credentials, he had also made false claims regarding his qualifications. Having been dismissed from the Army at the time, he returned home very upset.

It is speculated that he must have hijacked the aircraft shortly after in 1971. But the heist wasn’t the end of his misdeeds; later, he was accused of killing his stepfather but was finally found not guilty. However, he appeared in court in a wheelchair and claimed to be disabled; as a result, he was released from all accusations.

He was then charged with and found guilty of stealing a plane and forging checks in 1978. After that, he was imprisoned for around two years. The FBI could not verify anything during this time, but they believed he was the hijacker. His background, which includes military experience and aircraft expertise, is oddly like that of the skyjacker. But, he never admitted to the accusations or refuted them.

Whenever he was questioned if he was DB Cooper, he always responded diplomatically. Because of his uncertainty, he was in the grey region, and many independent researchers and enthusiasts believed he was the culprit.

Robert Rackstraw not on Good Terms with his Wife Too

Even his wife had doubts about his profession. She said he would frequently take her on aircraft rides and to other locations and always had a black briefcase.

She had no idea how much money they had; particularly, they weren’t wealthy. Indeed, when she opened the bag, she was shocked to discover a toupee and a mustache inside it. Was there a chance he was hiding to commit further crimes? However, the series claims that he led a moral life after serving his sentence.

Yes, Bob Rackstraw was D.B. Cooper, according to Tom Colbert. Even though he is the subject of a significant amount of circumstantial evidence, there is no solid proof that he is the famed skyjacker. As a result, Rackstraw indulged numerous reporters and investigators throughout the years, teasing them about the potential but never actually revealing anything.

His military experience first makes one think of Rackstraw as a potential suspect. He was an army pilot who participated in the Vietnam War for a short time, so he had a lot of experience flying and jumping out of airplanes. According to the Netflix documentary, only five months had passed since his discharge from the army when the D.B. Cooper incident occurred, and he had allegedly promised to use military training to become a formidable foe. He eventually drew up a rather extensive criminal history, including aircraft theft and explosives possession.

When Tom Colbert began his inquiry, he assembled a group of specialists who each examined the issue from a different perspective. Colbert was convinced they had found Cooper by more than 90 pieces of evidence discovered. One was the startling likeness between Rackstraw’s 1970 army ID photo and Cooper’s sketch. Despite various similarities between the images, the claim’s veracity was questioned when the stewardess who had personally seen Cooper stated that Rackstraw didn’t look the part.

In the beginning, Rackstraw did not confirm or deny that he was D.B. Cooper. However, he was clear in his latter years that he had nothing to do with skyjacking.

How did Bob Rackstraw Die: On a Wrap!

On July 9, 2019, Bob Rackstraw passed away at 75 in his Bankers Hill apartment. The cause of death was determined to be a long-standing heart ailment he had. Despite being known to the public as “most likely to be D.B. Cooper,” Rackstraw had built a respectable life after beginning to engage in criminal activity in 1980.

Also read: Keith Sapsford: A 14 year teenager who lost his life when hiding in Airplane’s wheel