What Can Rich Strike Learn from Past Kentucky Derby Winners? 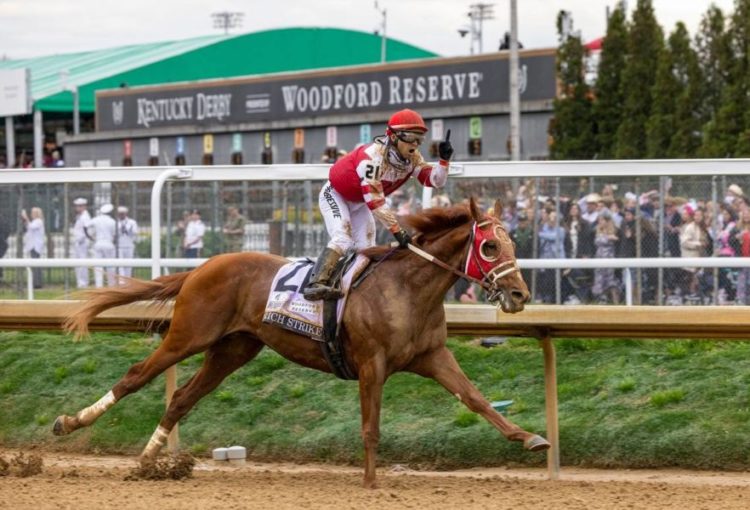 Rich Strike pulled off one of the biggest upsets in the history of American horse racing by winning the Kentucky Derby as an 80/1 outsider. His odds were the highest of a victorious runner at the event at the Churchill Downs since Donerail in 1913, who triumphed with a price of 91/1.

Eric Reed’s charge was competing against a talented field, including Epicenter, who won the Lousiana Derby with a brilliant performance, and Blue Grass Stakes winner Zandon. However, Rich Strike was outstanding on the day as jockey Sonny Leon timed the surge through the field to perfection to beat out the two established horses, finishing three-quarters of a length ahead of Epicenter.

Owner Rich Dawson opted not to place his charge in the Preakness Stakes, but Rich Strike was considered one of the leading contenders in the betting odds ahead of the Belmont Stakes, being backed in the odds for betting on horse racing at +450 to win the event. You can track whether he pulled off the feat to win two parts of the Triple Crown in the horse racing results, although the odds will be against Rich Strike considering the level of competition with Mo Donegal considered the favorite for the event.

Few Kentucky Derby winners in the past have managed to win multiple crowns in the same season outside of the truly great. In opting not to place Rich Strike in the Preakness Stakes, Dawson removed the possibility of joining the elite club of Triple Crown winners. In the modern era, only American Pharoah and Justify have risen to the occasion, highlighting the difficulty in building off success early in the campaign.

American Pharoah and Justify were dominant racehorses and will go down in the history of American thoroughbred racing as two of the all-time greats. It takes a special competitor to possess the speed, endurance and discipline to win all three races of the Triple Crown. The winners of the Kentucky Derby since have endured a number of trials and tribulations after winning at the Churchill Downs.

Country House was awarded the 2019 Kentucky Derby after Maximum Security was disqualified for impeding two other horses during the race. However, the horse was robbed of building off his success after contracting a virus before further ailments ended his racing career prematurely. His triumph in the prestigious meet was his last race on the track.

Authentic won the Kentucky Derby in 2020 with a fine performance, and was one of the rare horses to build on his success. He finished second in the Preakness Stakes by the finest of margins as he lost out to Swiss Skydiver by a head on line. It would have been a rare two-part of the Triple Crown, but he did prove his quality at the end of the term by winning the Breeders’ Cup Classic at Keeneland, ending his career on the highest of notes.

Authentic has been retired.
"There wasn’t a lot more to accomplish for a Kentucky Derby and Breeders’ Cup Classic winner."https://t.co/vnBuC6bzuV pic.twitter.com/Ebv2QieQ0k

The 2021 winner of the Kentucky Derby, Mandaloun, faces the same issue as he prepares for the Breeders’ Cup Classic later in the season. Mandaloun produced an equally impressive performance at the Churchill Downs to beat out the considered favorites Hot Rod Charlie and Essential Quality to take the crown after Medina Spirit was disqualified.

Further success followed in the 2021 campaign in the Pegasus Stakes and Haskell Stakes at Monmouth Park. However, owners Juddmonte opted against placing him in further Triple Crown races.

As a four-year-old, Mandaloun laid down a marker in his first race of 2022, defeating a talented field in the Lousiana Stakes at the FairGrounds before entering the Saudi Cup. He was considered one of the leading contenders for the race in Riyadh, but was off the pace from the off and placed down in ninth.

Mandaloun has not competed since and faces a challenge amid the talent of the group of four-year-olds when he competes in the Breeders’ Cup Classic against Hot Rod Charlie and Country Grammer, who won the Dubai World Cup.

Therefore, Brad Cox’s charge will have to raise the level of his game against horses who seemingly have taken a step forward. It is a lesson that Rich Strike will have to heed as he attempts to add further titles to his name. Reaching the top is difficult, remaining there over a course of a season is even harder, especially in the elite races.