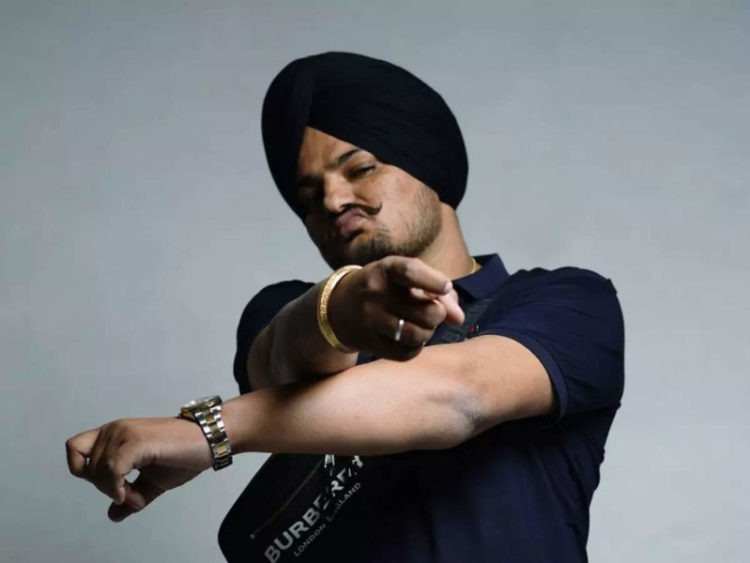 There are probably very few people who have not grooved their bodies to the popular Punjabi song “So High” or “Issa Jatt.” So when we heard the news of Sidhu Moose Wala tragic and horrific death, most of us probably thought this was some kind of sick joke. This can’t be happening; the young singer can’t bid adieu to us so soon. However, with videos and news coming from various social platforms and television, we had no option but to accept the truth.

Many of you might not know, but Moose Wala was also an active politician besides his singing career. Unfortunately, some identified people in Mansa district shot him dead on Sunday evening. As per the sources, those people attacked him while he was on his way to the village Jawahar Ke in Punjab.

So would you like to know more about what caused his death and some controversies centering on him? Stay with us until the end, as we will share some of the significant aspects of Sidhu Moose Wala’s life here. Let’s check out!

Who was Sidhu Moose Wala?

Since you are reading this article, it is evident that you are curious to know more about the Punjabi singer. Well, you are in the right place as we will share all the significant aspects of his life. Along with that, we will discuss the causes of death and the possible suspects.

Shubhdeep Singh Sidhu, commonly known by his stage name Sidhu Moose Wala, was an Indian singer, rapper, actor, and politician associated with Punjabi music and Punjabi cinema. He was born on 11th June 1993 in the Mansa district of Punjab. Therefore, he was only 28 old at the time of his death. However, he was pretty famous among the present generation for his groovy hits. As per the sources, he started his career as a songwriter for the song “License” by Ninja.

In fact, he began his music career on a duet song, “G Wagon.” Following his debut, he collaborated with Brown Boyz for various tracks which Humble Music released. However, he gained wide recognition with his track “So High.” Moreover, in 2018, he released his debut album PB1, which was at the 66th position on the Billboard Canadian Albums chart.

However, after this, she started releasing his songs independently. In 2020, Moose Wala was among the 50 up-and-coming artists. Many of his songs ranked in higher positions on UK Asian chart. It was in 2021 that he released Moosetape. Tracks from this album received international recognition. At the same time, we also know him for his controversial lyric style. This is because he often promoted gun cultures while challenging religious sentiments. In fact, for this, he had also faced legal challenges, and four criminal cases were going on against him. He was also a member of the Indian National Congress.

Moose Wala’s Political Career was The Reason for Several Controversies

As we mentioned earlier, Moose Wala joined the Congress last year. The leaders also gave him a ticket from Mansa in the 2022 Punjab Assembly elections. Needless to say, the singer was viral among the youngsters and elders. This was why the Congress leaders of Punjab chose him as their representative.

In fact, Moose Wala had once said, “You have to become a part of the system to change it. One reason for joining the Congress is to raise the voice of Punjabis.” In addition, his poll anthem, “Youngest In Charge,” targeted young voters. However, people are often accused of promoting VIP culture through the song. In fact, the party had also faced heat due to the decision; however, the answers never came up in front of us.

But as you know, Moose Wala was unable to win the election. The Aam Aadmi Party’s Dr. Vijay Singla defeated the singer. However, the singer actively campaigned for his mother in the panchayat elections. He had also organized an annual free cancer camp in his village.

Some Relevant News on The Sidhu Moose Wala Death?

As you know, some goons recently attacked the 28-year-old Punjabi singer Moose Wala and shot him dead. In an SUV, the singer and his cousin Gurpreet Singh and neighbor Gurvinder Singh were driving to the village Jawaharke in Punjab. As per the sources, the incident occurred a day after the Bhagwant Mann-led Punjab government pruned the security of 424 people. This included the popular singer as well.

Moreover, the Punjab Chief Minister Bhagwant Mann has ordered a probe into the decision to trim his security. This happened after Moose Wala’s father wrote to him demanding the same. Furthermore, the police detained six suspects, as per the news channels. The police also recovered AN 94 Russian assault rifle and a pistol from the crime spot that the goons used in the attack.

What had Happened Exactly Prior to his Death?

Sidhu Moose Wala was one of those singers who had gained immense popularity in the past few years. Therefore, his sudden tragic death is difficult for the fans to accept. As per the sources, Moose Wala was getting ransom calls from several goons. In fact, his father had also complained to the police. So the police have also registered an FIR under the charges of murder and Arms Act. However, we are yet to see what action they take.

From the FIR, we know that Sidhu Moose Wala left the house on Sunday with two others in a Thar. This was naturally not a bulletproof Fortuner that he usually drives. At the same time, Moose Wala’s father and his gunmen followed him in another car. Meanwhile, four youths in a Corolla followed the Thar on the way. Also, they parked another white Bolero on the outskirts of the Jawaharke village.

The moment Moose Wala’s car came to the village, the goons started raining bullets on the car and fled the spot. After this, Moose Wala’s father and others rushed him to the hospital after finding him slumped on his seat and bleeding heavily. But according to the doctors, he had died before reaching the hospital.

As per the sources from the media, a few hours after the killing of Moose Wala, Goldy Brar, a Canada-based gangster, claimed responsibility for the attack. At the same time, Lawrence Bishnoi’s gang’s name also came into the limelight.

However, Brar himself announced on social media that he was behind the murder of Moose Wala. This is because this Punjabi singer’s name had surfaced in the killing of Vikramjit Singh Middukhera. He was a 33-year-old Youth Akali Dal leader who was shot dead on August 7, 2021. Several allegations that Moose Wala had asked his manager Shagunpreet Singh to execute the killing. So he had hired the notorious Kausal gang to kill Middukhera.

So by now, you can understand that Sidhu Moose Wala was indeed a very popular personality. Therefore, his tragic death shocked his thousands of fans. We hope his family gets justice for the death of their son. You can read through this article if you want to know all the recent updates about his death.