What Does a Tattoo of a Hand Mean? 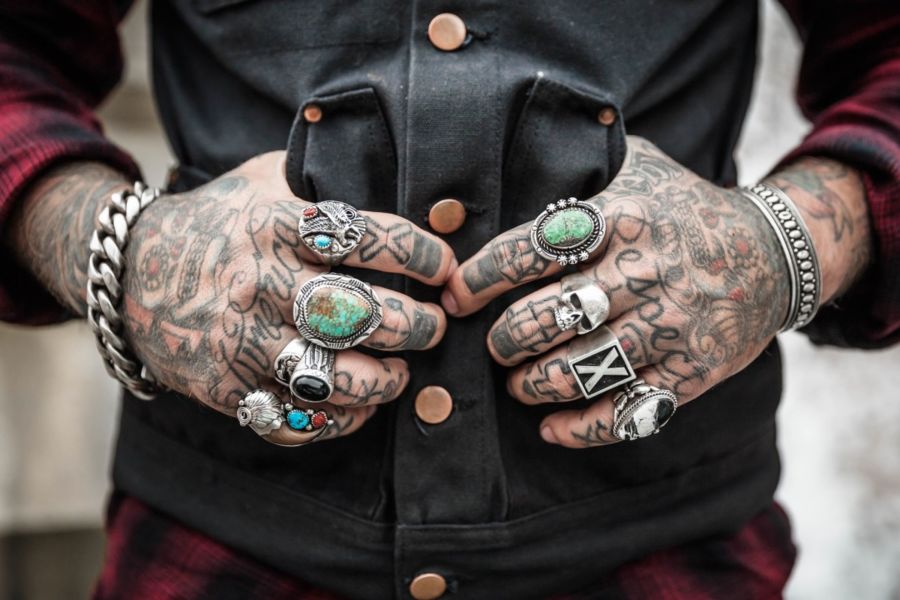 Most people love to put on hand and foot tattoos. Tattooing is a fine art but most tattoo artists refuse to put foot and tattoos of a hand because of the risks. Since we regularly use our hands and feet for some work or to carry out some daily tasks, it is risky to go for tattooing. The healing process may take a little longer when you put tattoos on your hands and feet. But most people even wanted to take such risks and go for hand tattooing.

The tattoos on the hand mean several factors and let us discuss them briefly here. The first type is the tribal tattoo where the tattoos are placed on different parts of the body including the hands too. Such tattoo markings are mostly called tattoos for girls. One of the ethnic groups of India and Pakistan is the Rabari. In such a group, they will put tattoos all over the body including hands. They consider this tattooing symbolizes faith in magic.

People enjoy stunning tattoos of a hand but at the same time, such tattoos are symbolic. One of the organs in our body that interacts with the environment is of course hands. They create some connection between you and the environment.

In addition to the above reason, hands are the visible part of the body and thus people love to decorate them using jewelry, etc. People who love to put tattoos on their arms are considered to be bold and outgoing. But another important fact is that they are unique too.

Furthermore, we use our hands for various reasons such as handshakes, writing work, and carrying out household work. Thus, we show our hands to the public with tattoos on them and make them attractive and self-expressive.

To express yourself as good and unique, you can try out elegant and classy hand tattoos.

Various types of Hand Tattoos and Designs and Meanings

One of the least suggested places to put tattoos of a hand is finger tattoos. It is quite painful and also easily fades away after some time. Though it has some disadvantages, these finger tattoos come in a unique style for most people. These tattoos are simple yet provide some profound meanings. For those who are looking to get small tattoos, finger tattoos serve as the best option. They are less visible to others, as they are in your fingers and minimalist pieces.

Finger tattoos come as the right option for couples. Those who want to get the design as couple tattoos can simply try this. But the problem with this tattoo is that it will easily fade away due to minimalist pieces. Additionally, such tattoos require a lot of maintenance and care.

Though finger tattoos create a graceful look for people, most people try knuckle tattoos for a stronger impression. But the problem with knuckle tattoos is that people having such tattoos are considered to be prison or gang tattoos. The most commonly used knuckle tattoos are four or eight-letter words. Such words will come as the designed across your fingers of one or both hands.

Furthermore, one can even symbols instead of four or eight-letter words such as knuckle tattoos. Thus, getting symbol tattoos on your knuckles means several different facts to others watching your tattoos. Most people consider these tattoos not professionally good to have. Such tattoos are not common among people and they became unpopular placement for them.

But still, nowadays, knuckle tattoos began to gain some popularity among people, as they deliver a beautiful look for your hands.

Though most types of hand tattoos are not much popular among people, still palm tattoos are becoming an interesting choice for them. More than finger tattoos, palm tattoos are quite painful to get for all. But here too the problem is the same; the tattoos fade away quickly on your hands. These palm tattoos come as the best option for you to experiment with a different thing.

If you are a great fan of tattoos, then you can try 3D or illusion tattoos that are much more interesting. Such 3D tattoos are nothing but biomechanical tattoos of a hand.

Sometimes, you may not feel comfortable getting tattoos on your palms. In such a situation, you can simply try them on the back of the hand instead of the palms. You can get tattooing on the back of the palms like a Mehandi design. It means that you can simply extend the design to fingers, wrists, and arms finally. Thus, try out this gorgeous design for your hand to get an impressive look.

Wrist tattoos are becoming popular nowadays and they are quite professional to get tattooing on wrists. They come as a perfect placement on your wrist and you can go for mostly minimal tattoos for an impressive look.

But, it doesn’t mean that you should get only minimal wrist tattoos, as you can try out a bit more extensive tattoos on your wrists too. The most popular wrist tattoo style is the tribal armbands tattoo which is trending nowadays. This style of tattooing combines both classic and modern looks. Thus, you can simply this wrist tattoo, as they are professional and at the same time don’t fade away soon.

A Two or Three Piece Suit: What is The Difference?

A Shopper’s Guide To Men Suspenders: Choosing The Right One For You