What Happened to AT&T Girl ‘Lily’ 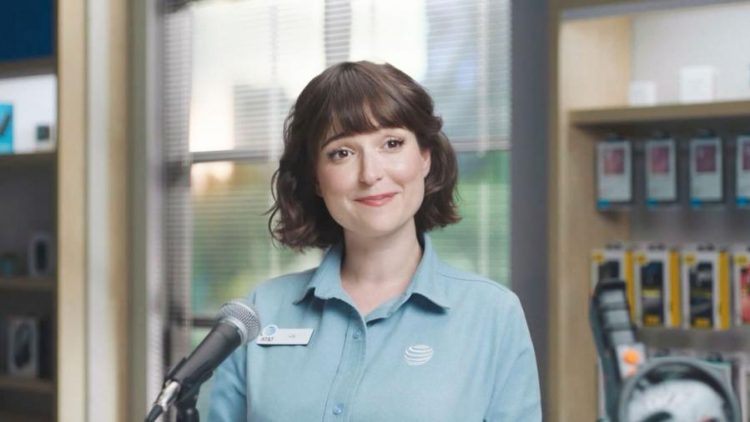 AT&T girl “Lily” became a star thanks to the commercial. Hailing from Uzbekistan, “Lily” or actress Milana Vayntrub was born on March 8, 1987. Though Vayntrub rose to fame due to the AT&T commercial; Currently she is working as an American comedian and an actress. The AT&T commercial was very lighthearted yet bore a serious message. It is because of the theme and plot of the commercial that many appreciated her. Her talents suited the role. Meanwhile, her sheer excellence created a pathway for her.

But after the commercial many wondered where “Lily” go? It is quite natural to seek the talent that can grasp the attention of the populace. Thus, Vanytrub was no ordinary person. So where is she now? Let’s find out.

Many know Milana Vayntrub as the lily of AT&T commercials. She was born on March 8 of 1987. However, currently, she is working as an American comedian and actress. Moreover, AT & T roped Vayntrub in one of their projects that continued from 2013 to 2016. In the commercial, she played the role of Lily Adams who is an AT&T saleswoman.

The Jewish actress traveled to West Hollywood with her parents only at the age of 2. Nevertheless, she had a keen interest in acting. She participated in Mattel commercials to assist her family economically.

However, when she turned 19, she had a romantic association with John Mayer. The singer/songwriter was 28 at that time. In many cases, vauntrub has commented about her dislike towards sharing personal information. Hence, she refrains from sharing more about it.

What we know about AT&T girl’s Career

Though she has proven her skills on many platforms, her forte is nothing but comedy. Thus, after her role as the AT&T girl ended, she geared up to work as a comedian. Her girl-next-door vibe complemented the quirky AT&T role. However, the quirky and weird personality that Milana portrayed was just the tip of the iceberg. She is more than the iconic portrayal. One can witness it through her other works. After the AT&T commercial and her comedic skits, she managed to go big. She launched herself in the television and movie industry.

Milan continued to work as an onscreen comedic star. Though AT&T was her big break, she secured a place where she belongs. She opened her youtube channel. It catapulted her LivePrudeGirls. It currently has 101,000 subscribers and the content of the channel focuses on providing comedic skits.

The channel is recognized by many famous faces in the YouTube community. Her content even features many famous individuals from the industry. She also appeared in 15 episodes of Collegehumor Originals for a duration of four years.

The video which aired from 2011 to 2014 racked up thousands of views. Moreover, she also has a promising career in television shows and movies. She has starred in many famous pieces. Those pieces include Other Space and Silicon Valley. However, when she was younger, she already appeared in Key and Peele, The League, ER, and several other shows.

Most Successful Roles of AT&T Girl

One of her most recognizable cameos was in the Lizzie McGuire episodes. Everyone knows her as the “cute burger” who appeared in the show. She revealed that she considers herself to be a professional yet disgusting person. Why? Because she practiced the burp so that she could land the role. Nevertheless, the list does not end here. She also appeared in a music video entitled “Teenage Tide.

After her acting streak, she landed her most crucial role ever. She beat many big contenders to play the role of Squirrel Girl. The Squirrel Girl is a Marvel heroine who gathered a cult following. She successfully voiced the character in new warriors in 2017 and many other Marvel installments. Sine if these installments are Chasing Ghosts, Battle of the Bands, and Heart of Iron.

The controversy that loomed largely

She commented, “Maybe it just has to do with being a person on the internet, or maybe it’s specific to being a woman on the internet,”. Milana said that the obscene behavior hurt her feelings deeply. She further mentioned that she does not want any part in this. This incident has led her to not show her body in any commercials.

Moreover, many fans have noticed this difference and asked her why she is doing it. Molana took to Twitter to address the issue. She wrote in one of the threads, “Been getting a lot of ‘Why are they placing her body like that in those ads?’ Well, I direct the ads. I place myself like that. And it’s because of the thousands of unwelcome comments I receive about my body. You’ve lost the privilege of looking at it until I feel safe again.”

Whether she will confidently make a comeback on the screen or not is questionable. Not only that but whether she will delete the account is doubtful as well. Nonetheless, we do not have much to witness about her talent.

Vayntrub has been in the industry for far too long. However, the decision to cast Vayntrub came as a sign of amazement. She beat contenders like Shannon Purser and Anna Kendrick. Nonetheless, it can be said that she will successfully deliver.

Though she had been roped in many controversial issues, it did not lessen her popularity. To know more about Vayntrub, subscribe to us.

Alyssa Bustamante: The Teen Murderer, Who Killed a 9-year-old Girl

Know About The Tragic Story of Heath Ledger’s Death