What Happened to Sylvia Likens? Know About Her Murder! 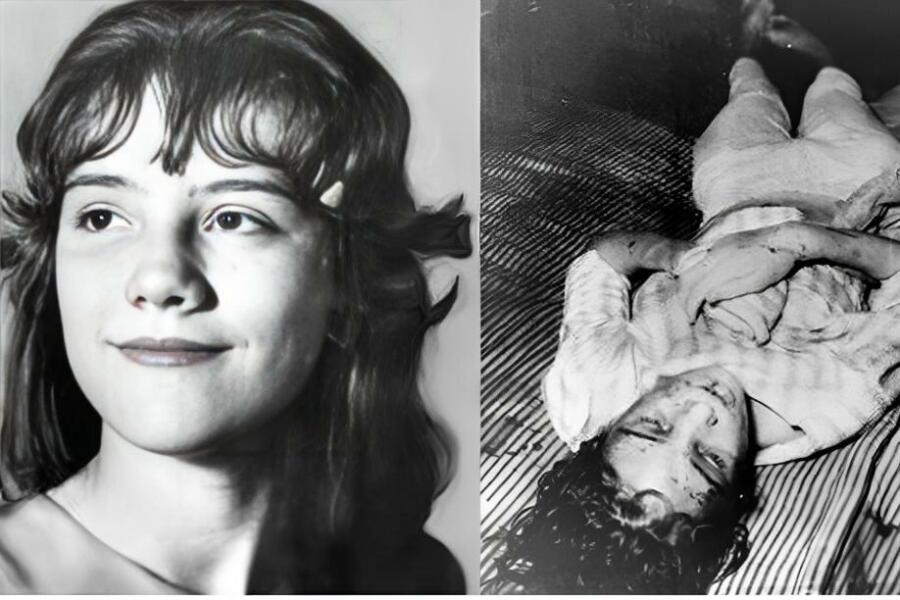 The person who was meant to look after Sylvia Likens, Getrude Baniszewski, killed her. More than 150 wounds on her body, reportedly inflicted by Getrude and her children, were discovered after her death at a post-mortem. It was said that her passing had become Indiana’s longest-lasting nightmare.

Sylvia Likens: What happened to her? When all of that occurred, where were her parents? The cruel things that were done to her before she passed away were not anything that a youngster her age deserved. Here is all the information you need to know about the girl’s murder.

Who was Sylvia Likens?

Sylvia was a murder-torture victim. In Lebanon, Indiana, in the United States, she was born on January 3rd, 1949. Elizabeth Frances and Lester Cecil Likens were her parents.

Benny and Jenny, her siblings, were one year younger than she was, while Daniel and Dianna, the first twins, were two years older. In her childhood, Jenny Likens had polio, which caused one of her legs to be weaker than the other.

Sylvia Likens is still alive, right? Sadly, she passed away on October 26, 1965. The true crime author Indianapolis most distressing nightmare is her murder. What happened to the young girl, then? While raising their five children, Sylvia Likens’ parents struggled financially. At carnival stands all around Indiana during the summer, they frequently sold candy, beer, and soda. They moved about a lot as a result.

Things changed in 1965 after Sylvia’s mother was detained and imprisoned for theft. For his girls to remain with Getrude Baniszewski, Lester Cecil Likens made arrangements. She was the mother of Paula and Stephanie Baniszewski.

Lester consented to pay $20 every week in fees to Getrude. However, due to financial difficulties, the fee started to decline, which annoyed Getrude. She would later direct her anger towards the two girls, assaulting and caning them.

The Murder of Sylvia Likens

By August, there were over a dozen beatings every week, frequently for things like eating too much food. Sylvia was also charged with prostitution and slandering the Baniszewskis. Everyone started to turn against the little girl even though the rumours were unfounded.

Richard Hobb and Coy Hubbard, two neighbourhood kids, were also involved in the snarl. By the end of the summer, Sylvia was being physically and sexually abused, malnourished, verbally tortured, and raped. Sylvia was tortured by the family. They also stopped her from going to school.

Sylvia was forced into writing a note claiming that a group of boys beat her when Getrude realised that Sylvia might be dying. She was supposed to blindfold her and leave her with the note in some nearby woods, according to her plan. However, Gertrude and one of the lads intercepted Sylvia when she attempted to flee and beat her. Her starved body finally gave out at that time, and she passed away.

What Happened to Sylvia Likens’s Parents?

Inconsistently together, Sylvia’s parents had a troubled marriage. Her father sacrificed much to give his kids a roof over their heads. Being a devoted father, he always kept his kids by her side.

Elizabeth and Lester eventually got divorced. Elizabeth got remarried and passed away in 1998 at 71 years old. In 2013, Lester also passed away.

Sylvia had more than 150 different wounds, according to the autopsy of her body. She was also malnourished when she passed away. Two of Gertrude Baniszewski’s three eldest children, Richard Hobbs and Coy Hubbard, were charged with crimes on December 30, 1965.

After the trial, Baniszewski was adjudged to have committed first-degree murder. Second-degree murder charges were brought against her daughter Paula. Hobbs and Coy were found guilty of manslaughter, along with John, Gertrude’s son.

At the Indiana Women’s Prison in Indianapolis, Paula and her mother received life sentences. At the Indiana State Reformatory in Pendleton, the boys received sentences ranging from two to 21 years. Due to a “prejudicial atmosphere,” Gertrude and Paula were given a new trial in 1971.

Once more, Gertrude was found guilty of first-degree murder. After entering a guilty plea to a lesser charge of voluntary manslaughter, her daughter was sentenced to nearly two years in jail. In 1968, the three boys were granted parole for good behaviour.

Wrapping Up: Where are Getrude Baniszewski and Her Family Now?

In December 1985, Mrs Baniszewski was likewise paroled out of prison. Nadine Van Fossan started a new life after she relocated to Iowa. She remained there until her death on June 16, 1990, living a life of secrecy. Lung cancer took her life.

Paula got married and relocated to an Iowa farm. She managed to get a new name and a job at a primary school. John, her brother, was ordained as a minister in Texas and gave advice to kids whose parents had split up. Robb, one of the neighbourhood children, passed away from cancer four years after being freed.

Also read: The Murder of Emma Walker By Riley Gaul, Her Boyfriend!