What is Lacey Chabert Doing Currently? Have A Look At Her Spectacular Career 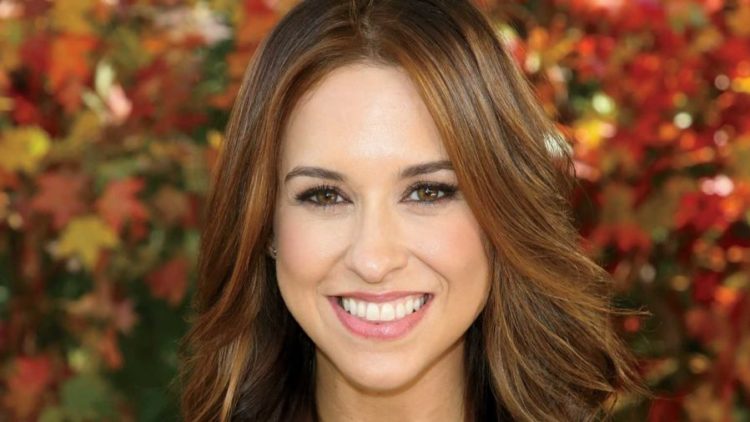 When it comes to pretty celebrities, the name which inevitably tops the list is Lacey Chabert. Needless to say, she has enjoyed a fascinating career over her decades in the showbiz industry. In fact, her choices of films were also pretty unique. Starting from “Mean Girls” to “Party of Five,” the beloved actor has consistently won our hearts. So you must be wondering what the gorgeous actress is up to now.

As per the sources, Chabert is the queen of Hallmark Christmas movies these days. At the same time, she is also an established voice actor. Many of you might be hearing it for the first time, right? Well, she is a woman of multiple talents. In fact, she had also lent her sweet voice to the famous character Meg Griffin on “The Family Guy.”

At the same time, she is highly successful in her personal life as well. Apart from being an actress, she is incredibly busy as a mother, wife, actor, and producer. However, she feels that she has much more to achieve in life. So would you like to find out more about her? Stay with us until the end if you are eager to know more about the celebrity’s life.

Who is Lacey Chabert?

Since reading this article, it is evident that you are curious about the beautiful Lacey Chabert’s life. Well, you are at the right place as we will share with you all the major details of her life here. As you know, Chabert is an American actress born on September 30, 1982. Therefore, she is 39 years old presently. Apart from being an actress, Chabert is also a fabulous voice-over artist. So she has lent her voice to some of the famous characters like Eliza Thornberry in the Nickelodeon and a few others and brought them to life.

At the same time, she was also the voice of Meg Griffin during the first season of the animated sitcom “Family Guy.” In fact, her voice-over for the superhero Zatanna Zatara in several parts of DC Comics-related media received much love and appreciation.

If we talk of her film career, she has already been a part of several hit projects. She has appeared in the hit films like “Lost in Space” (1998), “Not Another Teen Movie” (2001), and “Daddy Day Care” (2003). Moreover, she also had leading roles as Gretchen Wieners in “Mean Girls” (2004), Meg Cummings in “Dirty Deeds” (2005), Dana Mathis in the horror remake “Black Christmas” (2006), and Penelope in the Christmas animated movie “All I Want For Christmas Is You” in 2017. Chabert has also appeared in 27 Hallmark Channel movies.

Chabert has also received countless recognitions and awards. Alongside Lindsay Lohan, Rachel McAdams, and Amanda Seyfried, she won the 2005 MTV Movie Award for “Best On-Screen Team” for “Mean Girls.” At the same time, she also won both the 1997 and 1998 Hollywood Reporter Annual YoungStar Award. This was for Best Performance by a Young Actress in a Drama TV Series for “Party of Five.”

In fact, from 2013 to 2014, the actor had a recurring role on the ABC Family sitcom “Baby Daddy” as Dr. Amy Shaw. Also, after working in several television films during this time, she opened the year 2018 with an original Hallmark movie. The makers premiered this movie as part of the Valentine’s Day Countdown.

Despite acting in several hit movies, the actress also mentions that she wants to achieve more. However, no matter what, her daughter remains her first priority. She feels fortunate to have her family by her side always. It is due to the constant support that she could work without any worries.  Therefore, she wants to set this example for her daughter so that she can fulfill her dreams and aspirations.

Did You Know The Mean Girls Star Briefly Flirted with Being A Waitress?

You might have an idea of how the lives of the celebrities of the showbiz world are. There are plenty of budding actors who have to cross several obstacles to create a place for themselves there. However, for Lacey Chabert, it was the other way around. In fact, in an interview, she acknowledged harboring a desire to work as a waitress in her early years. Can’t believe it, right? Well, it is true.

Moreover, once, her sister opened her own restaurant in their home state of Mississippi. So Chabert had headed down there to provide her service “for a few days.” However, naturally, she did not stick around for a long time. It seems her destiny was elsewhere. Therefore, she did not waste any more time and quickly went forward with her dream career.

She finally joined the industry of glamour and talent, surrounded by lights, cameras, and action. “I always wanted to entertain,” Chabert shared. “When I was little, I would sing in front of the mirror with a hairbrush, or my sisters and I would make shows. I always wanted to be on TV.”

In fact, as per the media sources, the actor has actually been a fixture on our screens right from her childhood. She had stepped into the film industry with her “All My Children” in 1992, following her super-hit drama “Party of Five” just a couple of years later. We were lucky that she made the right decision and thought of pursuing her dream as an actress.

Needless to say, “Mean Girls” continues to be a cultural phenomenon. Therefore, it was only a matter of time before Lacey Chabert’s daughter took up the same profession as her mother. In fact, during an appearance on “The Kelly Clarkson Show,” the actor recalled how she arrived home from work one day and discovered that her husband was watching a show with her then 5-year-old Julia.

The little girl was quite naturally elated to see her mother in the famous role of Gretchen Wieners. Her daughter’s innocence and love for movies amused the actress as well. Julia also appreciated her mother’s impressive Hallmark career. In fact, Chabert’s daughter has repeatedly expressed her love for this industry which led her mother to understand that she might have a prospect here.

Even though the connection Julia drew between two of her most popular movies embarrassed Chabert, however, the star is incredibly proud of her lucrative partnership with Hallmark. She indeed considers it her honor to be a part of the team.

By now, you might have developed an idea about Lacey Chabert’s incredible film career and what she is up to presently. Needless to say, she is one of the most beautiful actresses of all time in the Hollywood film industry. Finally, her young daughter has decided to follow in her mother’s footsteps.

So we might expect her to be successful like her mother as well. In fact, with her mother’s guidance, her path will also be quite easier. She will be able to discuss everything with her mother whenever she is in any problem.

Also Read: Sriya Lenka’s Inspirational Journey Has Earned Her The Title of The First K-Pop Star from India