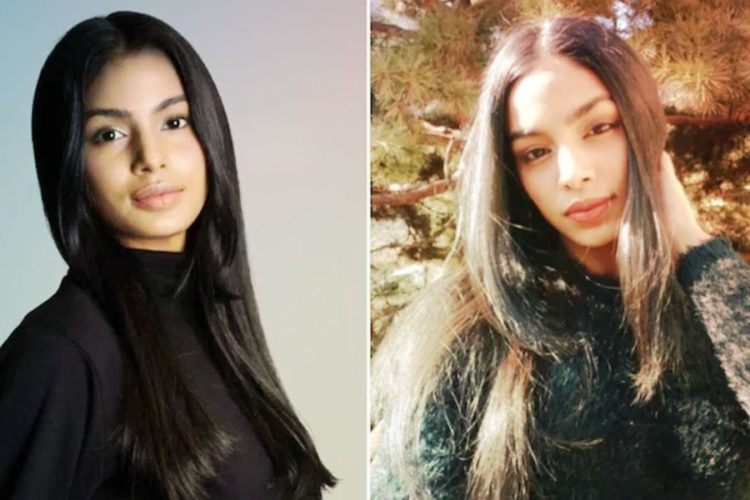 Sriya Lenka, the 18-year-old girl from India’s Odisha has made her country proud by becoming the first-ever K-Pop star in South Korea. According to the sources, she has been selected for the K-Pop group Blackswan, along with other members like Brazil’s Gabriela Dalcin. Needless to say, it’s a huge achievement and there are a lot of people who want to know about her. On this note, it’s worth mentioning that both Sriya and Gabriela had participated in the global audition program for the last six months. So, she has become the new member after Hyeme’s departure from the group.

According to the sources, the Blackswan group isn’t new. However, it’s true that they have changed their names several times. For instance, the group began their journey in the year 2011 as Rania. Thereafter, it became BP Rania and since 2020, the group’s name is Blackswan.

The official profile of the Kpop group has also mentioned the news to the global fans. Needless to say, it’s huge news and that’s why a lot of people want to know a lot more about Sriya Lenka. If you are one of them, then you are at the right place.

In this article, we shall take a look at some of the most riveting details about Sriya. So, now’s the time to go through this article and everything that you need to know about her life.

Who is Sriya Lenka? A Brief Bio on Her

We have already mentioned that Sriya Lenka is famous as the newest member of the Blackswan Kpop group. As an Indian girl from Odisha, it’s a great achievement for sure to become a Kpop star. So, according to the sources, Sriya was born in the year 2003, on 15th September. Therefore, we can say that she’s around 18 years old as of 2022. The sources claim that since the age of 12, Sriya showed a passionate exuberance for the dance form, especially Odissi classical, freestyle, hip-hop, and also contemporary dance. Moreover, it was her friends who introduced her to the world of Kpop.

Needless to say, she quickly became a fan of Kpop just like millions and millions of other teenagers. In fact, Kpop was so enticing to her that she even practiced the moves on the roof of her house. Furthermore, it’s also worth mentioning that Sriya learned the Korean language and culture from watching Kdrama during the lockdown period.

Well, from the details, we can see that Sriya is a woman of multiple talents. According to the reports, she had to drop out after her 10th standard to focus more on dance and her passion.

However, the sources also provide us with info that she is from Rourkela, Odisha, India. Currently, she’s residing in Jharsuguda, Odisha, but she’ll move to South Korea as the newest member of Blackswan. As for her religion, she follows Hindusim, and her zodiac sign is Virgo.

Now let’s talk about the family members of Sriya Lenka. According to the reports, Sriya is the eldest daughter in her family. Coming from a middle-class family, she had a lot of aspirations as a child. Since she loved the dance form, she dedicated her entire life to it. Furthermore, it’s also worth noting that she’s a great singer. Of course, without the support of family members, it wasn’t possible for her to attain her current fame.

Sriya Lenka’s father’s name is Abhinash Lenka and he works at a private company. As for her mother’s name, it’s Priyathama. Moreover, she’s not the only child in the family. In other words, she does have siblings, one younger brother, and one younger sister.

As of now, Sriya Lenka is focusing only on her career. So, that’s why she is not in any relationship as of now. However, it’s true that after becoming the first Indian girl to become a Kpop star, she has a lot of admirers. But, for now, she just wants to concentrate more on her new endeavor.

It’s no wonder that Sriya Lenka looks really pretty in the pictures. The newest member of the Blackswan K-pop group likes to lead a healthy lifestyle. According to the sources, Sriya stands tall at a height of 5 ft 7 inches which is equivalent to 170 cm, or 1.7m. On the other hand, she weighs around 54 kilograms which is equivalent to 119 lbs. She looks really beautiful with her black hair and black eyes.

Sriya Lenka & Her Love for K-Pop: Her Journey To Become A K-Pop Idol

As we said earlier, Sriya’s friends introduced her to the world of Kpop and it was the beginning of her love story with the culture of Korea. She watched a lot of videos of the popular Kpop artists like Psy, Rania, BTS, Blackpink, etc. In fact, she longed to perform like them a lot. Moreover, Sriya, as we know is a brilliant dancer. So, she even caught the moves and practiced them on her own. In addition, she even learned the language and culture from watching a lot of Kdramas during her free time.

It’s worth mentioning that the Exo band of Kpop was Sriya’s introduction to the world of Kpop. subsequently, the allure and songs made her fall in love with other groups like BTS, Stray Kids, The Boyz, etc. She had a passion and dream to become a Kpop star, just like her favorite artists. In the year 2020, she saw the Kpop record labels open online auditions due to the Pandemic and gave it a shot.

After learning the fact that their daughter has applied for Kpop auditions, Sriya’s grandmother introduced her to a classical music teacher for a short stint in learning Odissi. Needless to say, it helped her improve her dance form quite a bit.

Sriya Lenka’s father said, “Though I had faith in her hard work, I never expected that Sriya would make it. Despite all my misgivings about her future, I encouraged her to follow her passion for dancing as she always wanted to be a dancer.” He added that Sriya has also participated in several dance competitions as a dancer.

A Few Facts to Know About Sriya Lenka

So, now’s the time for some quick facts about Sriya’s life.

Now let’s take a look at some frequently asked questions about Sriya Lenka.

Answer: According to the sources, Sriya’s dance mentors are Madan Mohan Purty and Mendo Barla.

Question: How old is Sriya Lenka?

Question: Where Is Sriya From?

Answer: Sriya Lenka, the newest member of Blackswan is from Odisha, India.

Also Read: Check Out How Snake Island Plays A Major Role In The Russia & Ukrainian War