What is Melanoma? Detail About 4 Types of Melanoma 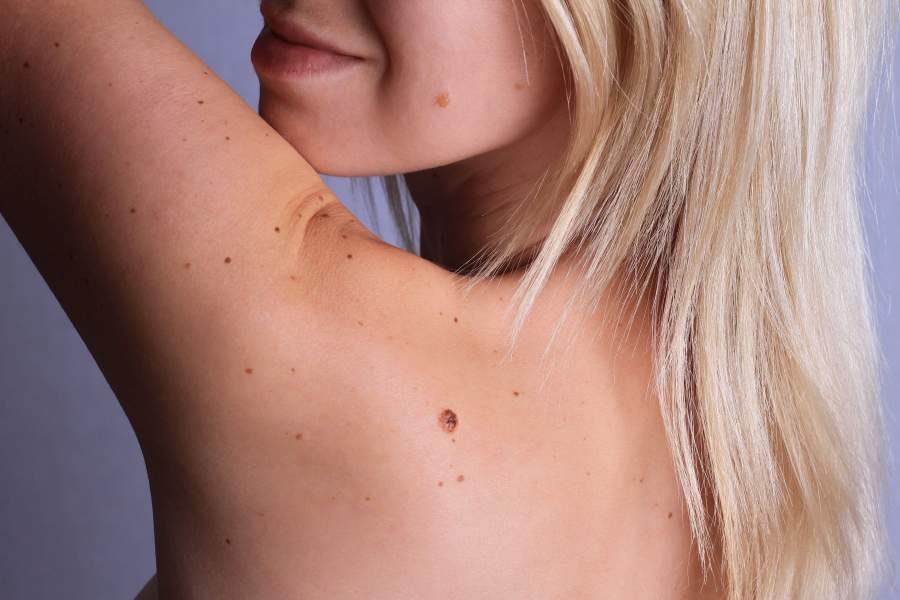 The most serious kind of skin cancer, melanoma can be treated successfully if detected early. The risk of developing malignant melanoma is a combination of genetic predisposition, environmental factors, and lifestyle backgrounds. It starts, like most cancers do, as an uncontrollable dividing cell, in that case, the melanocyte, that is overlooked by our immune system, a mishap occurring most likely due to a genetic mutation that makes this abnormal growth go unnoticed for a while.

Melanocyte is the cell giving our skin its color and protecting us from UV UVA radiation, but also the one that multiplies itself uncontrollably in melanoma. It can happen at any age but mostly in young adults; it has a higher occurrence in the mid-20 to late ’30s, an age that most people are actively living their life, most of them carefree of sun damage. It’s alarming: in the given condition of our planet, solar radiation is increasing and, although epidemiology still corroborates that most cases happen in equatorial countries, the number of cases in Europe is on the rise.

Melanoma was once considered rare cancer in most developed countries but its incidence has risen faster than any other type of cancer since the ’50s. It’s the sixth most common cause of cancer in the United States. Prevention and monitoring are still the best treatment for skin cancer; if someone in your family has or had any sort of skin cancer, tell your doctors. If you’re not sure, get tested. Genetic testing gives you an advanced state of foresight; knowing your genetic background empowers you and creates awareness to change lifestyle and exposure to other predisposing factors.

Melanoma has four basic types, three of them begin in situ: it starts at the top layers of the skin and sometimes they become invasive, one of them is invasive from the start, and the severity of those cancers is measured by how deeply it invades your skin.

is the most common type, about 70% of all cases. As the name suggests, this melanoma grows along with the top layer of the skin for quite some time before penetrating more deeply. The first sign for superficial spreading melanoma denotes the appearance of a flat or slightly raised discolored patch with irregular borders and a somewhat asymmetrical shape. The color varies as you may see areas of tan, brown, black, red, blue, or white. If there is a previously benign mole, it has a high chance of this melanoma. Superficial spreading melanoma can occur in a previously benign mole. This melanoma can be found almost anywhere on the body, but it is most likely to occur on the trunk in men, the legs in women, and the upper back in both genders.

is similar to the superficial spreading type: it’s also closer to the skin surface for a while, and usually appears as a flat or mildly elevated mottled tan, brown or dark brown discoloration. Arising on chronically sun-exposed, damaged skin on the face, arms, upper trunk, and face or elderly skin is most likely to get affected by this type of in situ melanoma. Doctors referred it to as lentigo Maligna melanoma if this cancer becomes invasive.

is very common in Asians and Americans-African and least similar among Caucasians. It also spreads superficially on the skin before penetrating more deeply. It is different from the others, though, as it usually appears as a black or brown discoloration under the nails or on the soles of the feet or palms of the hands. Sometimes Acral Lentiginous Melanoma is found in people who are dark-skinned and become advance quickly than lentigo Maligna and superficial spreading melanoma.

is usually invasive at the time it is first diagnosed. The malignancy is recognized when it becomes a bump. It is usually black, but occasionally blue, gray, white, brown, tan, red, or skin tone. This is the most aggressive of the melanomas, making 10 to 15 percent of the diagnosed cases. It affects legs, arms, and trunk of aged people, as well as men’s scalp.