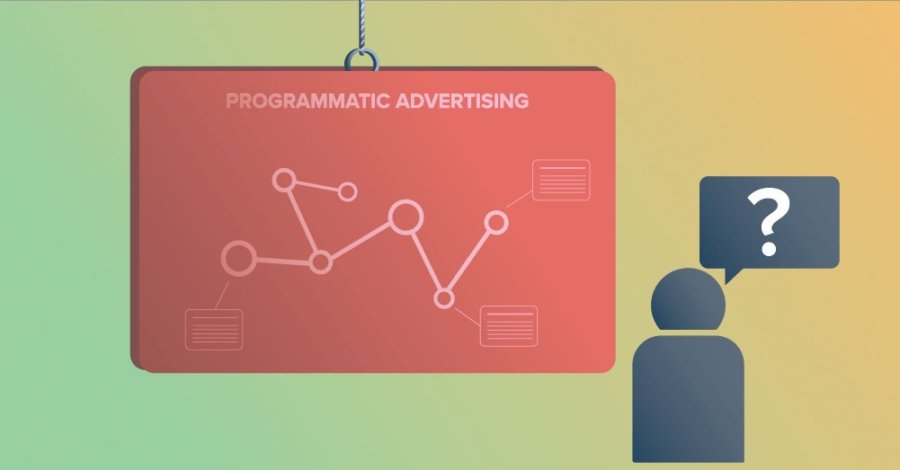 If you ever want to become active in online advertising then you may have heard about programmatic advertising. It is the way to buy and use digital campaigns without buying directly from the publishers. The main aim of programmatic advertising is to replace human intervention with machine learning and AI-optimisation. So there is transparency for the publisher as well as the advertiser. This is possible through real-time auctions and the ads are purchased at the same time when the visitors visit the website pages.

If you want to know all there is to know about Programmatic Advertising then you are in the right place. Also, learn about how it is different from Google display ads.

Programmatic Advertising – How can it be explained?

In programmatic advertising, artificial intelligence and machine learning are the main features used to purchase advertising in real-time. There is no need for human negotiations which happens often. The prices of the ads are also not set.

Programmatic Advertising happens in a lot of digital channels such as mobile, video, display, and social. The traditional offline channels are also slowly becoming digitized. Many out-of-home channels are now opting for programmatic ads such as bus stations, billboards, and shopping malls. A few years before this type of advertising was only prevalent among large budgets and media companies. But smaller brands and businesses are also making use of this. They are now able to compete with the larger brands because of the programmatic ads.

The history of display advertising that led to programmatic advertising

The first online ad was advertised in 1994 in Wired Magazine. At that time it was called HotWired.com. On this page, the banner of the AT&T ad was promoted. This became a revolutionary matter at that time but today it is considered an unappealing type of ad. (Brief Detail)

In the early days of digital marketing, the ads trading happened similar to ordinary magazine ads. The salespeople will agree with the advertisers and will place a banner of their brand for a specific period. This means that the banner will remain no matter which customer visited the site.

But only in 1995 the first central ad server was invented and it permitted the salespeople to post multiple ads. The first ad server was DoubleClick and it was bought by Google in 2007 for $3.1 Billion. This is still working today and has merged with Google’s marketing brand called Google Marketing Platform.

Then there was immediate growth in the number of publishers than the number of advertisers. This left publishers with lots of space for the ads and inventory that wanted more buyers. Therefore to fix this problem the ad networks were made. These are the areas that pool the unsold ad space from the many publishers and make it available to the advertisers who need them for discounted rates. The leftover spaces were auctioned off for the bidders who paid more.

But this approach too led to the problem as there was no proper targeting. This is because the ads suitable for people over 50 years old were shown to people of twenty-five years and less. That is why this led to the invention of Real-Time Bidding (RTB) which led to programmatic advertising.

You may also read: Impact of Social Media Marketing on Your Business

The work of programmatic advertising

There is no manual work in programmatic advertising. Also, there are no middlemen in the ad network. For instance, an advertiser can use the software called a Display-side platform to input the demographic of the audience. In this way, they can target their audience. On the other hand, the publishers can make use of the software called the Supply-side platform to exhibit their available ad inventory.

In this type of advertising, there is no need for placement requests, negotiations, or any manual work. When a visitor enters a website the ad exchanged will get notifications about it.  Then if there is an audience who match the specification of the advertisers the advertiser has to auction with the other advertisers to place their ad. The one who makes the highest bid will get the slots. Then their ads will get promoted on the webpage. In this way, each space will get sold and purchased on a real-time basis.

Google Display network and their similarity to Programmatic ads

The Google display network is one of the popular networks used by millions of advertisers. This acts as an interface between the advertiser and the publisher. The platform will be used by the advertisers for finding their target audience based on their age, interest, domain, and more.

Also, they get freedom for ad scheduling, placements, and more. The ad will get placed on a particular website, mobile app, site, or more. For instance, the Google Display network can be used to target women under the age of twenty in the UK.

Some of the key elements are similar in both the Google display network and Programmatic ads. They are auction-based platforms that make use of display ads to reach the target audience. Also, both take place on mobile platforms and websites.

Many are aware that the Google display network consists of a huge audience base. This tool offers access to lots of websites that partner with Google. But this is still lesser than the services that programmatic advertising offers. It contains inventories of GDN and also the other ad exchanges such as Rubicon Project, Adscale, and more.

These are some of the details about Programmatic ads. In some ways, it is more effective than the Google Display network. That is why more and more advertisers are opting for it to promote their brands.

You may also read: How Many Languages Does Google Translate Have?

7 Methods to Expand Your Local Business With Digital Marketing