What is The Torture Story of Pearl Fernandez Towards Her Child? 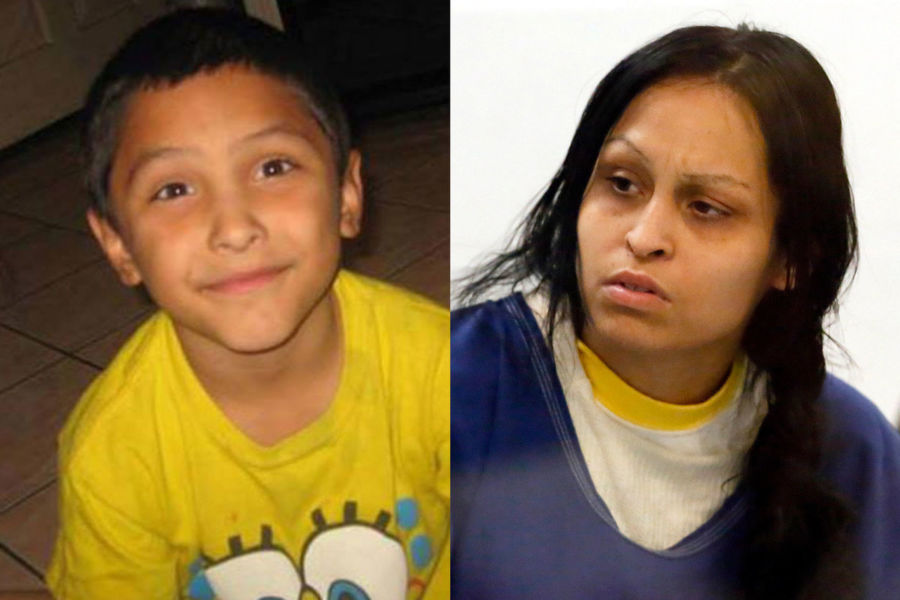 Have you heard about the horrible story of a boy named Gabriel Fernandez? He was an eight-year-old boy from Palmdale, California tortured and abused by his mother and her boyfriend. They bet him for many months which led to his death two days after. His mother’s name is Pearl Fernandez who got convicted of first-degree murder with special circumstances of torture. He was sentenced to life imprisonment without the possibility of parole and her boyfriend Isauro Aguirre was sentenced to death.

Gabriel Fernandez was staying with his mother for eight months. Even when many people reported the abuse to social workers no extra effort was put in by the authorities to save him. This led to concerns regarding the effectiveness of social services in Los Angeles County.  Here you can know all the details about the torture story of Pearl Fernandez.

Who is Pearl Fernandez?

Pearl Sinthia Fernandez was born on August 29, 1983. The names of her parents are Robert and Sandra Fernandez. Pearl Fernandez said that her father was in and out of jail and revealed that her mother did not love her. Then at the age of nine, she started using methamphetamine and drinking alcohol. When she turned eleven she ran away from her home. She dropped out of school during her eighth grade.

As a teenager, Pearl Fernandez shared that her uncle attempted to rape her. She also claimed that men held her hostage and continuously raped her. This made her have suicidal thoughts. She gave birth to four children when she was with Arnold Contreras and one of her children is Gabriel in 2012. She also told that many of her partners including her partner Aguirre abused her.

But her aunt and uncle shared that she always showed herself to be a victim but instead she was the one who was crude and abusive.  She had pending charges against her for threatening to stab Arnold Contreras.

After Gabriel’s death, she started using opioid drugs Oxycodone and Norco. She is diagnosed with many mental issues like depressive disorder, personality disorder, and post-traumatic stress disorder. According to her clinical psychologist, Deborah S. Miora shared that Fernandez is “virtually unable to use thoughts to guide her behaviour and control her emotional reactions”.

Now she is serving a life sentence without the possibility of parole in jail. Then she was also admitted to a facility at Central California Women’s Facility under special circumstances for torture.

Who is Gabriel Fernandez?

Gabriel Daniel Fernandez was born on February 20, 2005, to Arnold Contreras and Pearl Fernandez. His mother abandoned him after he was born so he was put in custody of a great-uncle on his mother’s side named Michael Lemos Carranza, and his partner David Martinez.

They were a gay couple and they raised him for over four years. In 2009 Gabriel’s grandparents took him in as they did not prefer the homosexual lifestyle of Michael Lemos Carranza. So Gabriel lived with them until 2012 but his mother Pearl Fernandez and her boyfriend Isauro Aguirre received physical custody of him. But his family expressed concern about his welfare because they knew about Pearl Fernandez.

What is the story of torture towards Gabriel Fernandez?

NEW: Pearl Fernandez, the Palmdale mother who was convicted of torturing and murdering her 8-year-old son, Gabriel Fernandez, has filed a petition to have her murder conviction vacated and be resentenced under CA PC. 1170.95. She is currently serving life without parole. @FOXLA pic.twitter.com/WDkP3IdYJW

When Gabriel stayed for eight months with his mother Pearl Fernandez and her boyfriend he was continuously abused and tortured. The abuse included regular physical beatings that broke his bones. He was also forced to eat cat litter and faeces and made to eat his vomit. Further, Gabriel ate expired foods that made him malnourished. They burned him with cigarettes and were also shot several bodies in the face and groin with a BB gun. He was sprayed with pepper spray as a torture method and was also forced to wear women’s clothing. They made him sleep gagged and bound in a cupboard. He was also completely knocked out with a bat.

According to their sibling of Fernandez, while beating and torturing Gabriel, Pearl  Fernandez and her boyfriend will laugh. Aguirre was motivated to beat Gabriel because he believed he was gay. Gabriel’s siblings did not experience any abuse or torture.

How did Gabriel die?

The torture story of Gabriel resulted in his death on May 24, 2013. On May 22, 2013, Pearl called 911 to report that her child was not breathing. It seems he was fatally beaten by his mother and Aguirre as he did not clean up his toys. The responders arrived to see the child naked with lots of injuries. He also looked malnourished. Aguirre explained to them that the child was gay which was completely irrelevant.

The paramedics rushed him to the hospital and said that he was brain dead. After that, he died two days later at Children’s Hospital Los Angeles. He was only eight years old when the autopsy revealed died because of blunt force trauma and neglect and malnutrition.

How do legal proceedings happen?

In 2013 Pearl Fernandez and Isauro Aguirre got arrested. Fernandez was arrested on charges of felony child endangerment. On the other hand, Aguirre was arrested for attempted murder.

When Gabriel died they both received a charge of first-degree murder with special circumstances of torture. The trial involved the “extensive internal and external injuries” of the victim. They knew about the severe torture undergone by the victim and Prosecutor Jon Hatami called Aguirre “pure evil”. They told that she and her boyfriend deserved the death penalty but it is also not enough for them. The defence attorney John Alan shared that Aguirre was considered to be kind in his office by his boss and his co-workers. He also had never committed a crime before until he met Earl Fernandez.

How was it portrayed in the media?

The torture story of Pearl Fernandez towards her child created a fear in the minds of parents worldwide. Children trust parents but today many parents with issues abuse their children and show their hatred towards them like in the case of Gabriel Fernandez.