What’s The Kawhi Leonard’s Injury Update? Everything You Must Know About Clippers Star’s Condition and Availability 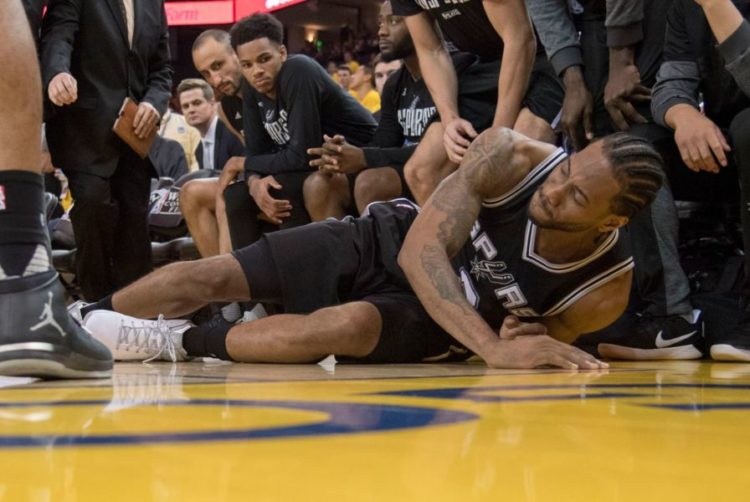 There are certain clouds over Kawhi Leonard injury concerns. So, what happened to the famous Clippers star? First of all, Clippers had managed to reach the Western Conference finals for the first time in their franchise history last season. If they wish to replicate the same, then they have to do that without their famous star. In other words, they have to play or collectively replace the production of their stalwart player.

If you want to know Kawhi Leonard injury updates, then you are at the correct place. So, there’s news that the Clippers will sideline Kawhi indefinitely. Last year he suffered a huge injury and that’s why he had to undergo a partial tear of the ACL in the right knee. Well, there were a few discussions that the legendary sportsman could join the rotation at some point during the 21-22 season. However, the team may need to look for a new campaign new.

So, in this article, we will talk about Kawhi and provide you with Kawhi Leonard injury update. In other words, we will discuss the latest news about the athlete and when he will return to the court.

So, before we move to the latest update, those who don’t know yet should know about the details of the Kawhi Leonard injury first. Kawhi suffered a right knee injury during match four of the 2021 Western Conference semifinals. The two-time NBA finals MVP and legendary player Kawhi came up limping after a drive towards the basket against Jazz’s Joe Ingles. So, that ended up being the reason for him sitting the last four-plus minutes of the contest. However, in the post-match interview, he said, “I’ll be good”.

The KSL sports’ tweet regarding the incident read: “With 5:25 remaining in the fourth quarter of Game 4 against the Jazz, Clippers star Kawhi Leonard tweaked his right knee.”

Unfortunately, the issue was more severer than he had initially imagined. In fact, that injury ended his amazing playoff run. Thereafter, on 13th July, The Clippers announced that their star had undergone successful surgery to repair the partially torn ACL. However, they couldn’t provide a time for his return.

On this note, it’s worth saying that he had an amazing time at the court. For example, in 52 games that season, he averaged 24.8 points, 6.5 rebounds, 5.2 assists, and also 1.6 steals. This kind of spectacular performance earned him a spot on the All-NBA First Team.

His Recovery Phase: Till How Long He Has to Sit Out?

Media asked Clippers about his recovery timeline and they informed that Kawhi didn’t offer a specific date for his return. Talking about Kawhi Leonard injury, they said that he was working with the staff day to day.

Clippers Nation, are you ready to welcome back:

That’s the challenge of it. Just seeing how quickly I can get better and stronger I can get than what I was when I’m healthy. That’s where I pretty much turn my mindset to…

Moreover, the 30-year-old athlete said that he had signed a long-term deal to stay at the L.A because he wished to play the season. He said that he had wanted to secure some money, and he also wanted to come back this year. He added that if he had taken the one-on-one deal, he probably would not have had played. In fact, he firmly asserted that he is a Clipper and he would not go to another team unless something drastic takes place.

While it’s almost not possible to know his exact return date, the injury expert Jeff Stotts says that his recovery may extend into the next year.

So that’s it for the Kawhi Leonard injury update. The latest update which was on 3rd Feb didn’t provide positive news as well. After the team’s win over the Lakers, head coach of Clippers Ty Lue said that Kawhi won’t come back for this season. However, he hopes that their champ will come back soon.