When and What to Expect in Tokyo Revengers Season 2? 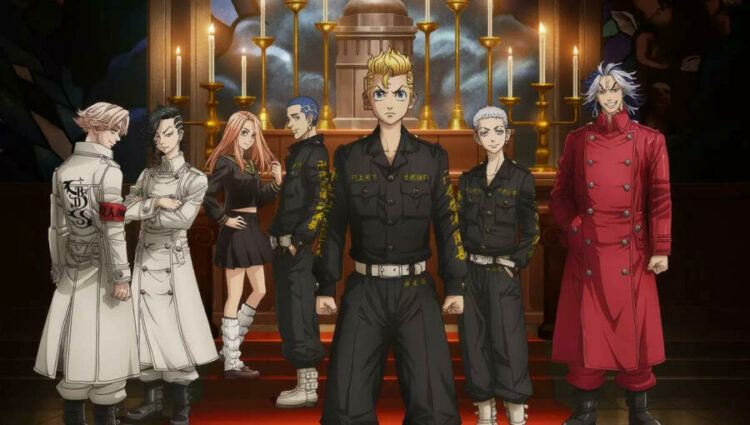 Takemichi Hanagaki, a 26-year-old aimless guy, learns of the deaths of his ex-girlfriend from middle school and her younger brother in the first season of Tokyo Revengers. Hinata and Naoto are murdered by the Tokyo Manji Gang. Toman joins a notorious Tokyo gang that murders innocent bystanders.

When someone shoves Takemichi in front of the train, he teleports 12 years back in time. Until he reaches middle school. Takemichi joins the Tokyo Manji Gang in order to infiltrate and rise through the ranks in order to save Hinata from her tragic fate.

Toman is led by Mickey and his best friend Draken (Tokyo Manji Gang). The plot then transports Takemichi back and forth between the past and the future in an attempt to change the fates of his companions. Takemichi forms close bonds with his gang members and tries to save them from death. He intends to keep Mickey from turning evil.

At the end of the first season, Kisaki Tetta shot Takemichi and Chifuyu. The story will be resumed in the second season of the show.

Season Two of Tokyo Revengers: What to Expect

The Christmas Showdown Arc will be explored in the following season. The series will resume after the first season concludes, with Kisaki Tetta currently filming Chifuyu and Takefuyu.

Taiju Shiba and Yuzuha Shiba will make their debuts this season. Taiju Shiba is the Black Dragon’s leader. He is also the older brother of Hakkai Shiba, the vice president of the second division. In order to protect Takemichi, Hakkai joins the Black Dragon gang. Mitsuya and Taiju Shiba reach a peace agreement.

Hakkai has also joined Black Dragon. In exchange, he will stop abusing his younger sister Yuzuha. Furthermore, the gangs will not engage in violence against one another. Hakkai plans Taiju’s murder and informs Takemichi of his plans.

Chifuyu and Takemichi are concerned about the long-term consequences. Chapters 78 to 121 will bring the series to a close. Kisaki Tetta and Hamna will be back with plans to take over the Tokyo Manji Gang.

On the other side, Mickey sinks deeper into the shadows. We’ll find out whether the season will have many arcs. Season 2 of Tokyo Revengers will be released on January 8, 2023. The Christmas Showdown Arc will be thrilling.

Also read: Attack On Titan, The Intense Anime Series Will Be Releasing Soon