When Will Netflix Bring Legacies Season 3? 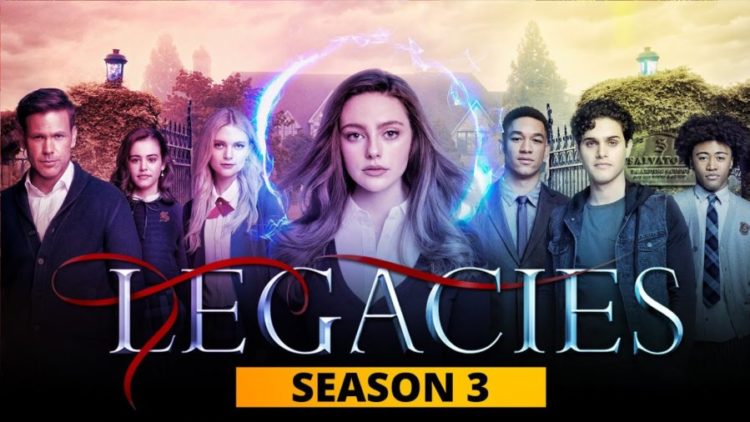 If you are a fan of CW shows, then you are probably excited about Legacies, which will be returning for another season. However, there’s information that it might be returning later than we expected. So, what’s it all about? Read this article to know everything you need to know about Legacies Season 3 and when it expects its release.

A Brief on Legacies

In case you haven’t dived into this series, then let us tell you that Legacies is a spin-off to the series ‘The Original’, which itself is a spin-off to Vampire Diaries. All of these shows are mostly in all the regions of Netflix. So, you must check it out if you haven’t already.

It is a fantasy drama series, created by Julia Plec. Moreover, the show features characters from both ‘The Original’ and ‘The Vampire Diaries’. The show stars Danielle Rose Russell as the character ‘Hope Mikaelson’, who is attending a new school from where she can increase her su[ernatural abilities.

If you are watching Netflix from the US, then you can check it out. Both seasons 1 and 2 are on the platform. The first season was released back in 2019, on 5th April. As for the Legacies season 2, it was added in 2020, on 3rd April.

Furthermore, it’s also worth mentioning the fact that, as for now, only Netflix US has Legacies. So, we are not expecting an international release soon.

So, as we have said earlier, The CW won’t be airing the show in the usual slot of October. Instead, they have moved it, along with a few other titles to a later release batch. This is perhaps due to Covid19 situations, which have affected the production of the show.

Therefore, we won’t be getting Legacies season 3 anytime soon. Since it had postponed the TV release, it will be delayed on the Netflix platform too. The original release date was 24th June 2021. However, since it wasn’t meant to be, we are guessing it will be released somewhere around late July. Though Netflix hasn’t confirmed anything about it. So, we are keeping an eye on what’s to come.

What to Expect in the 3rd Season?

As a spin-off, it didn’t quite manage to get the same fame and positive reviews as the previous ones did. However, we can expect a turnaround in the 3rd season. In fact, Legacies cast Danielle Rose Russel, Aria Shahghasemi are pretty hopeful that those who watch the series on Netflix will definitely like it.

We can expect thrilling adventures for the viewers in the season. In fact, since the season had a tv release, we can tell you that it’s going to be exciting. Here’s a mini spoiler alert. The show might end on a cliffhanger. So that leaves a possibility for a potential season 4. In fact, CW has officially renewed it.

Will It Be Coming to Netflix Outside The US?

Well, there’s no news of that, as of yet. Since the show doesn’t really have much fame in most regions, chances are bleak. However, its two predecessors, Vampire Diaries and The Originals are really famous across the globe. So, we will let you know if there comes any information about its international release

So, there you have it. It will soon be released on Netflix. So, if you haven’t caught up with the series yet, then it’s time to watch it as soon as possible.