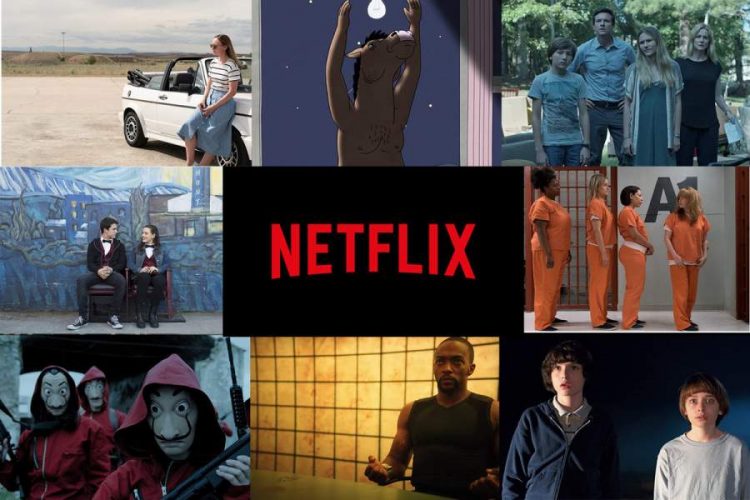 A lot of amazing series have released on Netflix in 2021. You can have a good time watching these interesting series. That is why we have gathered the top 10 Netflix series for you here. If you are scrolling through Netflix to get a good series to binge watch then you can try the following. There is romance, mystery, thriller, crime, action, women-centric and more for you here. Continue reading to know more about the series here.

Good Girls is one of the top Netflix series because of the story and cast. Two sisters named Beth and Annie and their friend named Ruby find their life unfair. So they band together to rob a store to get money. They start as rookies in crime however became experts at what they do.

You will certainly be aware of the money heist. It is one of the best Netflix series out there. The series actually is a Spanish crime heist drama created by Álex Pina. It follows the elaborate plans of the Professor who tries to rob the Royal Mint of Spain and the Bank of Spain. Moreover, the series received lots of awards for its storyline and characters.

This is an American comedy-drama created by Sarah Watson. The Bold Type series is actually based on the life of real-life editor-in-chief of Cosmopolitan named Joanna Coles. We get to see the lives of millennial women who try to balance their work and personal life. Furthermore, the friends support each other in all the trails they face which are great to see. So add The Bold Type season 5 to your watch list.

This series released on Netflix on February 24, 2021. The story is about a fifteen-year-old girl named Ginny who shows more maturity than her 30-year-old mother Georgia. They live in New England and try to get a better life for themselves. Also, this is a heart-warming story of family relationships.

This is a thrilling crime series about a police detective who tries to investigate crimes. He finds out the identity of the culprits and attempts to capture them. This series has received many awards.

This is a regency period drama romance series about a young girl’s debut in English society. It has received lots of views from Netflix viewers. Also, this is a delightful series where people of all colours are part of English society.

The story is about a professional thief called Assane Diop. He wants his son to have a good life. Also, this has a lot of drama, mystery and thrilling moments. Therefore, you can add this series to your watch list.

Are you a fan of the animated series the Winx Club? Then this adaptation of the series will make you swoon. We are going to see our favourite fairies come to life in the series.

This is a Netflix series about two lifelong friends named Kate Mularky and Tallulah “Tully” Hart. They go through many experiences in life together. So you can enjoy watching this series.

If you are a fan of police procedural comedy, then Brooklyn Nine-Nine is the series for you. We get to see the career and personal life of Jake Peralta a talented NYPD detective. Also, he and his colleagues experience a lot of events in their personal as well as profession. There are a total of six seasons in the series so do not miss it.

These are the ten best Netflix shows for you. Do not miss watching these series because they are exciting and fun.