Where is Brendan Dassey Now? 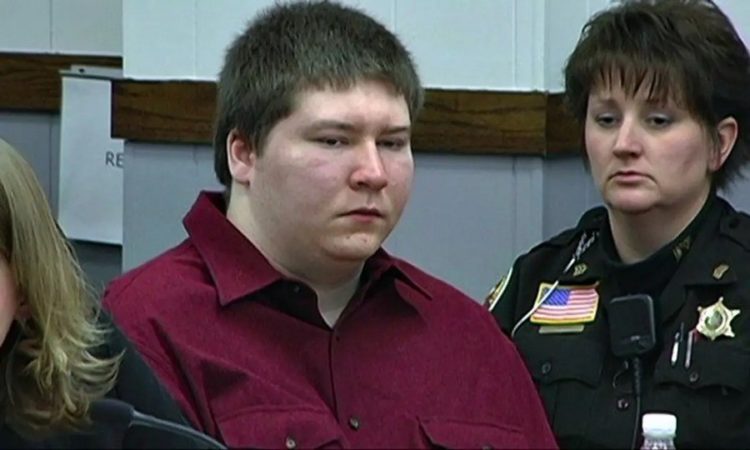 Brendan Dassey, a brutal murderer got arrested at the age of 16 on March 2, 2006. He was arrested for doing the first-degree murder and also mutilation of a corpse. Additionally, he was charged with the first-degree sexual assault. He raped and brutally killed a 25-year-old, Teresa Halbach.

Dassey’s lawyer fight is continuing in the Supreme Court. Then, in May 2021, law officials even passed a bill to prevent the act of lying to children during interrogation. This is to prevent getting false confessions from the children. So, Illinois is the first state to pass this bill.

Who is Brendan Dassey?

Brendan Dassey was born on October 19, 1989, in Manitowoc County, Wisconsin. He was born to Barbara Tadych and Peter Dassey. Barb is the sister of Steven Avery and thus, Brendan is nephew to Steven. Brendan has three biological brothers, Bryan Dassey, Blaine Dassey, and Bobby Dassey, and one more half-brother, Brad Dassey. He was just 16-year-old and was attending special education classes at Mishicot High School. He has an IQ problem in the borderline deficiency range.

He had a great interest in WWE and he was upset about missing Wrestle Mania 22. Before this murder case, he is not involved with any criminal case.

Teresa Halbach was a photographer who was born on March 22, 1980. Her birthplace is Kaukauna, Wisconsin. On November 3, 2005, Teresa’s mother reported the missing of her daughter. She was missing since October 31, 2005. After investigating, it was clear that Teresa last visited the Avery Salvage Yard in Manitowoc County.

On November 10, 2005, the police officials discovered her Toyota vehicle. It was kept hidden on the Avery property. Then, they also found out her cell phone, car key, license plates, etc.

Then on November 15, the police officials found Steven Avery’s blood in Teresa’s vehicle. So, he was charged with kidnapping and murdering Teresa. He was even charged for having an illegal firearm. Finally, Avery was sentenced to jail without any chance of parole.

It was Brendan Dassey, Avery’s nephew who helped him to carry out the rape, murder, and mutilation of Teresa’s body. He wanted to help his uncle, so he did this murder with him. After doing a four-year investigation, Dassey admitted some of the truth to the police. This videotape created a national consciousness after it is released on the Netflix Docu-Series, ‘Making a Murderer.’ It was the docu-series based on this murder story of Teresa.

The police officials took Dassey to several investigations with and without his mother. To get the truth, the investigators made some false promises using approved interrogation techniques. Based on such an interrogation, Dassey admitted that he was a co-conspirator in the murder and rape of Teresa as well as mutilation of her body.

Then, after getting permission from the court, Dassey was charged and arrested on March 1, 2006. He was charged for being a partner in the first-degree murder case of Teresa. Though Dassey admitted the truth while investigating, he later denied all such things in a letter to the judge. He mentioned that he got such a story from a book.

Where is Brendan Dassey Now?

At present, Brendan Dassey is still in prison. As of 2022, Dassey turned 31 years old and still serving his life sentence in prison. He was put in jail located at Oshkosh Correctional Institution in Wisconsin, USA. At the age of 17, Dassey was arrested for first-degree homicide in the Halbach case. He was even charged with rape and mutilation of Teresa’s corpse.

Since there is no DNA report against Dassey, his lawyers asked the court to release Dassey. The only evidence was Dassey’s confession which is recorded as a video by them. Thus, the lawyers believed that he was sentenced to jail based on his confession only.

When will Brendan Dassey Be Released?

His lawyers are still working to bring him out of the prison. If they succeed in their points, he will get a release at any chance. Otherwise, the earliest release of Dassey will be in 2048. At that time, he will be 60 years old.

The Case Against Brendan Dassey

As already said, there is no DNA evidence to link Brendan Dassey to the murder case of Teresa. Thus, his legal team is fighting for his freedom since 2007. His lawyer, Laura Nirider is the lawyer and lead counsel now, who is working on this case.

In 2017, Dassey’s legal team tried a lot to overturn his conviction. They tried to address various facts like false promises, Dassey’s manipulation to get the truth, etc. But the judge rejected all of their attempts to free Dassey from the jail.

According to Dassey’s lawyer, Nirider will fight until she will get justice for Brendan. Based on her views, many people like Dassey are wrongfully convicted by police officials using interrogation tactics.

At present, Brendan Dassey is serving his life sentence in prison. Hope this article, will provide you with enough information about Brendan Dassey and his involvement in the murder case of Teresa.

Also read: Who is Teresa Fidalgo, and What is The Truth of Her Ghost Story?