Who is Teresa Fidalgo, and What is The Truth of Her Ghost Story? 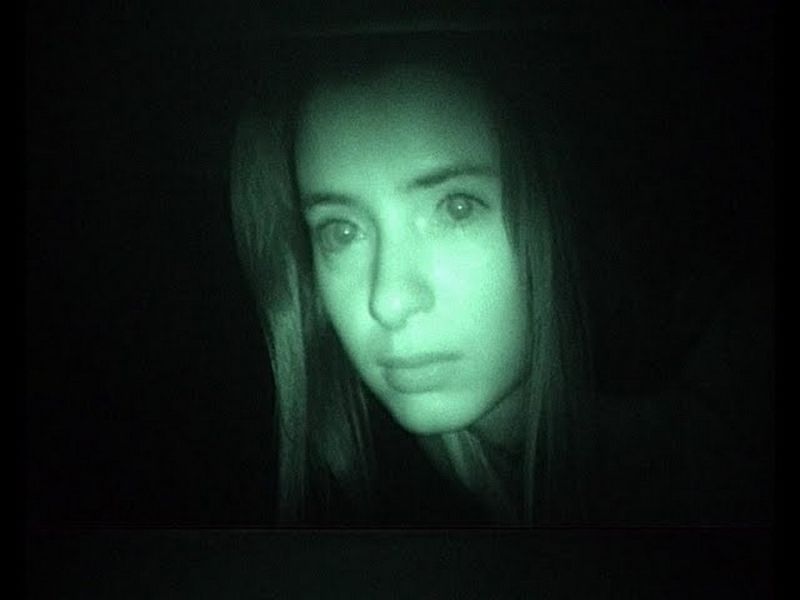 If you are a regular social media user, you must have often come across viral hoaxes, conspiracy theories, photoshops, or similar such stories, right? Well, people share these stories too extensively, so more or less, all of us get to see the viral hoax. However, if it involves spooky news, you will indeed feel panicky, right? So this is what had happened in the case of Teresa Fidalgo.

You must have already heard her name in some viral posts, isn’t it? This post is indeed concerning as it says that people should share or face the consequences. So would you like to know about the reality behind this post? Is it just a hoax, or is there is some truth behind it?

Today, we will be exploring this story in detail, right here. So if you want to get to the bottom of it, you have to stay with us till the end. Let’s dig in!

Who is Teresa Fidalgo?

We always have fear for the unknown, right? It is what leads people to bow down to unsubstantiated threats, right? This is where Teresa Fidalgo’s story centers. If you search it up online, you will find multiple search results on this story. Let us explore some of the significant details of Teresa’s life before we come to judge the truth behind the story.

As per the news, Teresa Fidalgo is the girl’s ghost who died in Sentra, Portugal, in 1983. Yes, the girl had died a long time back. In fact, she had died in an accident; however, 20 years after her death in 2003, her footage came out on the internet and went viral.

Why is the Dead Girl Going Viral on The Internet?

If you belong to this generation, you must have already come across many similar stories like Teresa Fidalgo. In fact, she is not the first white lady myth that has made people feel anxious. However, this time the situation is a bit different. People are claiming this to be true, and it has also caught the attention of many individuals over the years.

In fact, it has become somewhat of an old folks tale in the online platform. In other words, it is like “chain mail” that threatens that the ‘ghost’ of Teresa will haunt the receiver of the message if that person does not repost.

To quote the message, it says, “I am Teresa Fidalgo, and if you don’t post this on 20 photos, I will sleep with you forever. She also continues by saying, “A Girl ignored and her mom died 29 days later. You can even search me on Google.” Even though it first came up in the early 2010s, this ‘threat’ has resurfaced over a decade now.

What is the Story of Teresa Fidalgo?

Since this story started circulating on the internet a long time back, you must have already seen the viral videos. So now you are probably wondering if there is any truth behind the footage or it is a hoax. Let us now check out the reality.

Well, if you see the video, you will notice that it is a short video where a group of three friends drives at night in a deserted place while discussing ghost stories. Suddenly, they see a woman dressed in white walking on the other side of the road, and they offer her a lift. The lady was indeed quite attractive; however, she was reserved and didn’t talk much.

So when they asked her where she was heading, she pointed in front. Suddenly, she points to a location and says that it is where she had an accident and died. Later on, when the camera flashes on her face, we can see it covered with blood. It was at that moment that the car crashed.

if you search up online, you will find that two passengers and a woman died in this crash, according to this story. In fact, one passenger survived, whose name was David. However, he could not recall any happenings of that time. So if you watch that video, it will also perplex you as to whether the footage is real or it is just a video created for entertainment purposes but if you really want to experience such stories then you must have best ghost hunting equipment for realistic experience. So if you are wondering from where this video first originated, you can read through the next section of the blog.

From Where Did Teresa Fidalgo’s Story Come Up? Is It True?

Many of our readers who have recently received such a threatening message are probably eager to know the answer to this question. So we will be sharing with you all the details that we could gather regarding this news. It would probably lessen your anxiety to a certain extent.

As per The Independent, a Portuguese producer, David Rebordao, had created it for his video “A Curva.” In fact, Teresa Fidalgo’s story was reworked from this viral video. If you check out the footage, you will notice that a group of friends pick up a hitchhiker, Teresa Fidalgo. These boys then point to a spot where this girl probably ‘died’ and soon after that, the car crashes.

So if you check the internet for search results, you will find that Teresa Fidalgo’s story is highly prominent. This is because many people believe that the ghost tale links to a real-life incident similar to the one on the Portuguese road.

It is creepy, right? Well, don’t get too creeped out, as several leading newspapers have debunked this spooky story. In fact, they have also claimed it to be a fake one. However, the viral video had over 17 million views, so you can well understand that it had spread all over the world.

What Should You Do If You Receive This Message?

Well, many of us must have already received this spooky video message, isn’t it? However, there is nothing to feel anxious about regarding this. As discussed above, this is just a video that the Portuguese producer created for entertainment purposes. So if any of your friends send you this video, what should you do?

Nowadays, when science has made such impossible inventions, it is hard to believe such childish paranormal activities. The narrative is entirely baseless and made up. In fact, the short film’s director was amazed to see this video’s success. So you can safely ignore this message and delete it from your phone.

Since this generation spends a considerable amount of time on various social media platforms, they often come across such hoaxes. So this can lead to unnecessary anxieties among young people. Therefore, if you come across such spooky videos, it is better not to share them with anyone and simply delete them from your device. Teresa Fidalgo’s video was a made-up one too.