Where is David Dobrik Now? Is He Stuck in Slovakia Because Green Card Issue 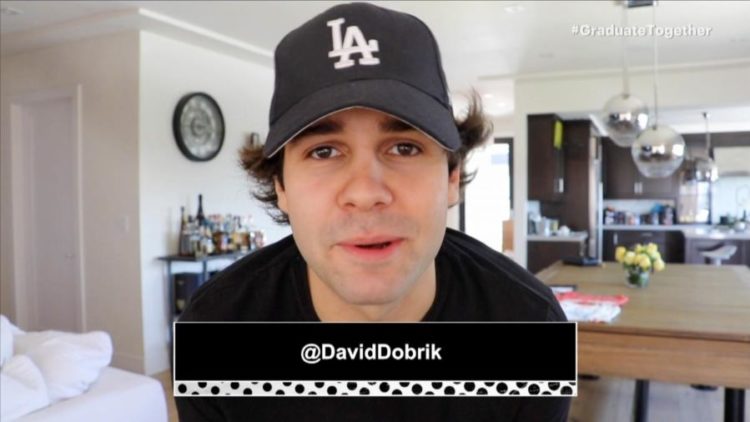 David Dobrik is a popular social media influencer. But suddenly his posts have drastically reduced. Many of his followers are trying to know the reason. Everyone wants to know where he is staying now. A few days ago he shared in his Instagram account that has got stuck in his birth country Slovakia. He was just visiting the country for a few days after six years. He was not able to leave the US because he is under the protection of DACA which is short for Deferred Action for Childhood Arrivals.

Therefore he went to Slovakia but again got stuck there for some time. Here you can find the details about his trip.

Who is David Dobrik?

Dávid Julián Dobrík is a well-known Internet personality. He is twenty-five years old now. He is the leader of the Youtube group The Vlog Squad. His channel has over 18.9 million subscribers and 8.2 billion views. The social media influencer is from Košice, Slovakia. He moved to Los Angeles to continue his Youtube career.

Dobrik received fans through his viral videos on Youtube. He posts videos based on jokes, pranks, cute animals, real celebrities, and more. In 2018 he received a Diamond Play Button from Youtube. He also co-hosted the 2019 Teen Choice Awards.

Many times he got stuck in sexual assault allegations. One time his Vlog squad member also sexually assaulted a woman that led to the scandal. Because of this issue, Youtube temporarily demonetized the channels of Dobrik and Zeglaitis.

You may also read: Madison LeCroy is Officially Engaged to Boyfriend Brett

What happened to David Dobrik?

But he hoped in his posts to return to the US soon. He felt that he was lost in Slovakia. Also, he asked his fans to wish him good luck. He managed to find his home and reach his grandmother in Slovakia but it was difficult for him to get back.

Where is he right now?

David Dobrik has reached the US. His fans do not know how he was able to come back but he will post about it soon. He shared on Instagram that he has returned. His fans are really happy about it. He posted a selfie with the caption “THEY LET ME BACK INTO AMERICA!! All I had to do was exchange 12 Teslas and Jason’s firstborn for my green card!!

In his stories, he was happy to be in the US again. It was a super-duper deal for him. He also appreciated the people who helped him to become legal again. Further, he celebrated his return to the US. At his celebration party, he was having a bowl of pasta and he was standing beside the pool.

His fans warmly welcomed him back. He faced lots of troubles on his Slovakia trip. But now many are waiting for his video. One user asked for a new video as it has been two weeks since the last video. So Dobrik has a great fan base. He is earning a lot of money through his Youtube career. His net worth is $20 Million and his earnings per annum are valued at $15 million. He has contracts with brands such as EA, Bumble, and SeatGeek. Also, he has a line of apparel.

David Dobrik is a popular Youtuber. He was able to go back to his home country after getting a Green Card. But now he has returned to the US.

You may also read: How to Write a Green Card Recommendation Letter in Half Day?