Hayden Panettiere: Where Has She Been And Where is She Now? 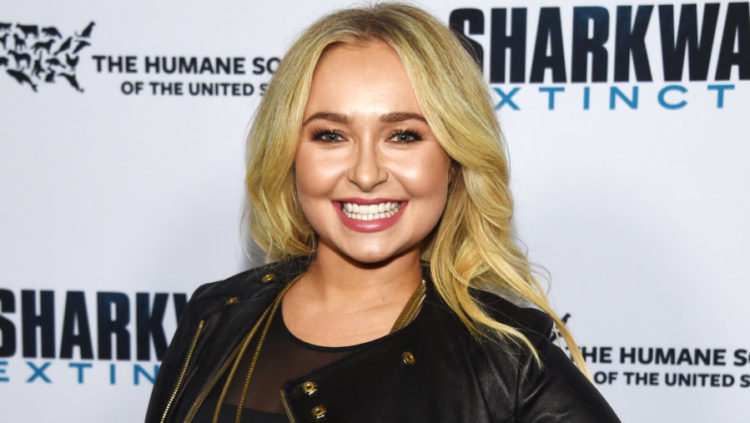 Hayden Panettiere is an American model, actress, and singer. We know her from her clear roles as Claire Bennet on the superhero series, Heroes that went on from 2006 to 2010. Moreover, she also appeared as Juliette Barnes in the ABC/CMT musical-drama series called Nashville. She got two nominations from the golden globe awards.

An Overview of The Actress

Hayden Panettiere Was born in 1989. The 30 years old star has been on the screen for almost a decade. However, the actress moved suddenly to the big screen appearing in pieces like I Love You, Beth Cooper, and slasher sequence, the Scream 4. The shift then got back to its source and she made a comeback to soapy deals again.

She started working as a prolific character in Nashville for which she even got nominations in Golden Globe awards. Even though she has allocated quite big names under her belt of achievement, the actress has not made any appearances on the screen since 2018.

The actress has previously admitted that she was struggling in the past for getting acceptance. Although Heroes saved her from sinking, she claimed that she almost missed out in Nashville as well. The producer of the series claimed that they were worried that she may not act according to the characteristics of the role.

Many thought that because she had given birth to Hayden Panettiere daughter, her priorities started to divert. Questions like whether she will come back again started popping.

Will Hayden Panettiere Come Back Again?

It is not a hidden fact that Hayden Panettiere had a rough patch. After she gave birth to her daughter Kaya in 2014, she checked into a treatment facility for severe postpartum depression in 2015. She later commented  “I do feel and hope it’s made other people’s lives better and more of an understanding because postpartum depression was not something that I ever understood. You could never understand it unless you have personal involvement with it.”

The time she spent in the facility was the time she could not get any roles. Moreover, she broke up with Kaya’s father, Wladimir Klitschko in 2018  as well. Although they enjoy co-parenting their child, they mutually separated peacefully. Soon she hooked up with her fellow actor Brian Hickerson, but it also ended with her charging him with domestic violence. Many thought that she may quit working on screens again.

All She Wanted Was Opportunity And Good Chance

Many thought that Hayden Panettiere would try her hands at Broadway since she is a talented singer. Moreover, the situation suggested that she might even consider living a country life. However, it wasn’t the case. Since she moved to LA to have a fresh start, she was not going to let the chance go.

Although Hayden commented, “I’ve lived a very big life, and I don’t feel my age, and I feel like I was born to be a mother.” She may want to focus on motherhood. However, the chance she was waiting for may show up in the form of “Scream 5”. Kirby is a crucial character in the series. So she might just make a comeback.

Although the star has not commented on her comeback, one may assume that it is not far away. While it is tough to speculate an accurate date, we will update any information as soon as we get it.

Nicholas Godejohn: Who Committed Brutal Murder for the Sake of Love