Where is The Slender Man Survivor Payton Leutner Now? 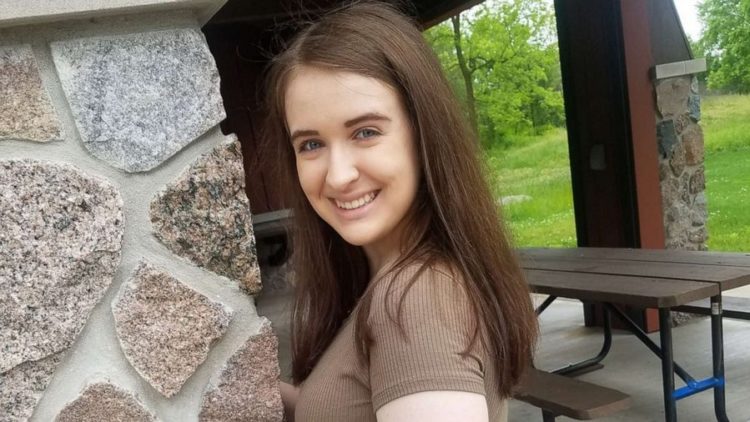 Payton Leutner is a 12-year-old victim who suffered brutal stabbings on her body. Her best friends are the convicts of this crime. The fascination of the middle school best friends is the cause of this incident. Today, Leutner is 17 years and she is safe. Now she is entering her college life. There is a recent interview of Payton where she first comments about this horrifying incident.

Further, she shares her view as a victim of this case to ABC. In the ABC interview, Payton says that she accepts all the scars. The exclusive interview shows Payton’s confident comment about the incident. She adds that all the scars of the stabbing are just a part of her. She does not think much about it and believes that it will fade away. Now let us see more about what is Payton Leutner doing now.

Payton Leutner is a 12-year-old girl who is a victim of a real-life nightmare. Many may love seeing horror stories. However, it is a dark experience when such incidents happen in real life. Everything in Payton’s life changed in just one night. In 2014, Morgan Geyser and Anissa Weier stabbed Payton 19 times. They are close friends of Payton Leutner who did this betrayal to her. The middle school girls did this due to their fascination for a fictional character slender man. After this, incident the fear of this character began to rise in many countries.

Further, Weir is guilty and convicted of first degree of murder. The horrifying murder and age of these convicts keep many in shock. Many wonder how middle school girls can perform this cold blood murder. This story is trending due to its brutality. All this happened when Geyser and Weir invite Payton for a walk in the woods. The plan to kill Payton is preplanned by both of her best friends. Payton did not feel anything wrong to go for a walk with her friends who she trusts.

However, she was unaware of the consequences of trusting. Both Geyser and Weir have mental issues. Due to this, they imagined and thought that a boogeyman or fictional character was real. To meet the slender man they had to do a murder. For this case, they planned to kill Payton Leutner and meet the slender character. Weir is the first murderer who stabbed Payton in many places. Geyser for her part stabbed Payton in the hip and other places.

They left the stabbed Payton away from the street to die. Fortunately, a man in Wisconsin saw Payton lying on the street covered in blood. Soon she was admitted to the hospital. Even the doctors admit that it is miracle that Payton Leutner is alive after these attacks.

The latest appearance of the Payton Leutner is in the year 2019. It is the first time she talks about her traumatic experience. In 2019, Leutner is a high school senior soon she will enter college. In 2020, she is joining medical school to pursue a career in the medical sector. Getting stabbed by the best friend has left scars on her body as well and her heart. She had to suffer all this because her friends who want to prove that a slender man exists.

During her ABC interview, Payton Leutner leaves this bitter incident in life behind. She does not lurk in the past days. This helps to lead a positive and happy life now. By trying to keep up with the present Payton believes that painful memories of the past will fade away. In the interview, she describes Geyser her fourth-grade friend as lonely but funny girl.

Also, during sixth-grade Geyser did share details about the slender man with Payton. However, Payton finds it frightening. Still, she talks about it as Geyser was fascinated by the fictional character. After Geyser’s friendship with Weier, Payton wanted to get out of the friendship.

Further, she starts to befriend Geyser. Also, the Weier was always cruel to Payton. Also, Payton Leutner had many reasons to suspect both her friends as they were weird during the last sleepover. Still, she thought to trust her friends. Payton Leutner does not blame herself or think more of this incident. Now Payton Leutner is expected to lead a happy and peaceful life.

During a recent interview, Payton’s mother says that she still has trust issues after 17 years of this horrific incident. Now Payton has friends but keeps them at arms’ distance. Further, she adds Payton had trust issues with her family members too. Besides this, there are many talks about two minor girls charged for their crimes in adult court. Leutner comments that adult crimes require adult court.

She adds that it’s not like two children stealing candy bars but performing a brutal homicide. Both Geyser and Weir have performed an adult crime. Payton says that she does not want to talk to her attackers again in life. Also, the crime of her friends is unforgivable.

Weir completed her 25 years sentence in a mental institution. For this Payton’s mother comments, she is not comfortable with the release. Further, Payton says if she ever talks to Geyser she will thank her. Payton says she has a life now due to the incident. She feels like there is a plan in her life. Also, Payton learned many lessons in her life due to the incident.

Also read: Who is Judy Warren? Parents, Husband, Kids and Net Worth