Where is YNW Melly Now? Is He in Jail? 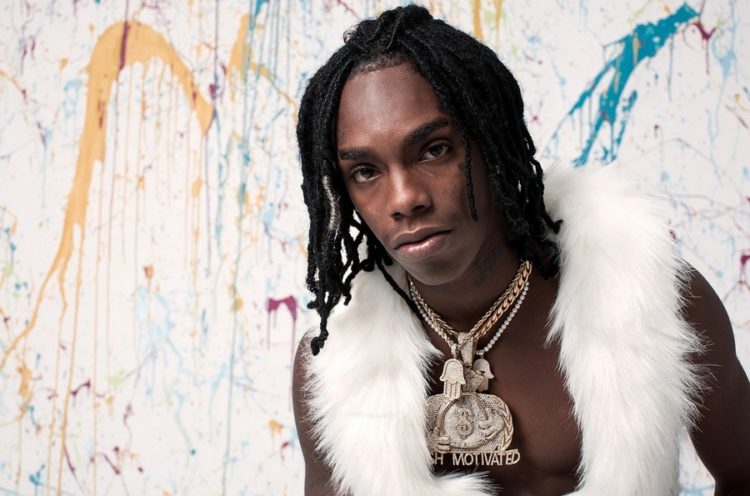 Jamell Maurice Demons is an American rapper who is now imprisoned at Broward County Jail, Florida. With his stage name YNW Melly, he has collaborated with some of the big musicians in the past. He is well known for his songs like “Murder on My Mind”, and “Mixed Personalities”. His age is twenty-two years old. In 2019 he got arrested and charged with two counts of first-degree murder. Later he also became the suspect of a murder in 2017 the murder of a sheriff’s deputy in Gifford.

In March 2019 Demons pleaded not guilty to the double murder charge. Now he is currently awaiting trial.

Know about the early life of YNW Melly

The birth date of Jamell Demons is May 1, 1999, and he is from Gifford, Florida. He was raised by his single mother Jamie Demons-King. But he does not know who the father is. There is a rapper named Donte “Tha Gift” Taylor who says that he is the father of YNW Melly’s father. Further, the Demons-King was fourteen years old when she became pregnant with YNW Kelly and gave birth to him when she was in ninth grade. Later she moved to the poorer part of Gifford and she struggled to live.

After growing up Demons joined the Bloods gang at a young age. He posted his songs when he turned fifteen on SoundCloud. Then in late 2015, Demons was arrested for shooting students near Vero Beach High School. He was charged with aggravated battery and discharging a firearm in public. For this, he served many months in jail.

YNW Melly was arrested on October 19, 2015, for aggravated assault with a deadly weapon. He also has one count of discharging a firearm in public. It seems he fired shots at three people near the Vero Beach High School. He spent a year in jail but got released on probation. In 2017 Demons was arrested for violating probation. He spent several months in jail and was released in 2018.

In the same year, YNW Melly was charged with first-degree murder related to October 2018 shooting deaths that happened in Fort Lauderdale, Florida. He murdered his two friends YNW Sakchaser and YNW Juvy. Authorities assume that Demons conspired with fellow YNW rapper Cortlen Henry to stage the double murder of YNW Sakchaser and YNW Juvy. Their real names were Williams and Thomas Jr. He made it appear as if they were fatally injured in a drive-by shooting. After shooting them he allegedly drove the victims to the hospital where they died because of the wounds. After that Demons turned himself in. He shared a post on Instagram about it.

ynw melly previously told ‘the fader’ that the song played a role in his first criminal case, and landed him additional jail time after the state attorney read the lyrics aloud in courthttps://t.co/CS2uxgse3l

“No I did not get locked up in Washington, but I am turning myself in today… a couple of months ago I lost my two brothers by violence and now the system wants to find justice.. unfortunately, a lot of rumours and lies are being said but no worries god is with me and my brother @ynw.bortlen and we want y’all to remember it’s a ynw Family I love you”.

Complex reported that YNW Melly and Henry are suspects of shooting deputy Gary Chambliss in Gifford from the Indian River County Sheriff’s Department. In 2021 YNW Melly’s trial was planned for March 7, 2022. But it was delayed and planned for May 23, 2022.

On April 2, 2020, YNW Melly shared via Twitter that he tested positive for COVID-19.  He was in the process of getting an early release because of his health concerns but his motion was denied because of his murder charges.

Detail about his career

Demons adopted the stage name YNW Melly in 2016. It is the initialism of “Young Nigga World” or “Young New Wave”. It is a hip hop collective that had members like Demons, Anthony “YNW Sakchaser” Williams, Cortlen “YNW Bortlen” Henry, and Christopher “YNW Juvy” Thomas Jr.

In late 2017 Demons released his first project known as Collect Call and it contained features from many artists. It has features from many artists like Lil B and John Wicks. In 2018 he released the singles “Virtual (Blue Balenciagas)”, “Slang That Iron”, and “Melly The Menace”. Some of the singles like “4 Real”, “Butter Pecan”, and “Medium Fries” became very popular. Further, he released his debut mixtape I Am You which appeared on Billboard 200.

In 2019 while he was incarcerated Demons released We All Shine. It is his second commercial mixtape that consisted of 16 tracks. The projects had collaborations with Kanye West and Fredo Bang. He amassed over 200 million streams on Spotify with 10 million monthly listeners. The most streamed song was “Murder on My Mind” and it was originally released as a single. In 2019 he again released his debut studio album Melly vs. Melvin.

Also, it peaked at number eight on Billboard 200. It was the highest-charting album of that time. It included singles “223’s that had thirty-fourth place on the Billboard. In 2020 Demons released a mix of his track Suicidal and it was the second single from Melly vs. Melvin. The remix had the feature from late American rapper and singer Juice Wrld. This song also became popular.

YNW Melly has a networth of $4 million. He released lots of songs that helped him to amass wealth. His single Murder on My Mind has 476 million views on YouTube and it is also certified gold. Although known for his illegal activities and his alleged murder case for which he was incarcerated he wrote many songs and they became a hit. He is also a businessman who has invested in many small companies. His annual income is over $ 300,000.

YNW Melly is a great rapper but now he is in jail serving the sentence for his crimes. He planned and killed his close friends and associates which ruined his reputation.