Who Invented Blow Up Dolls? Truth and Facts 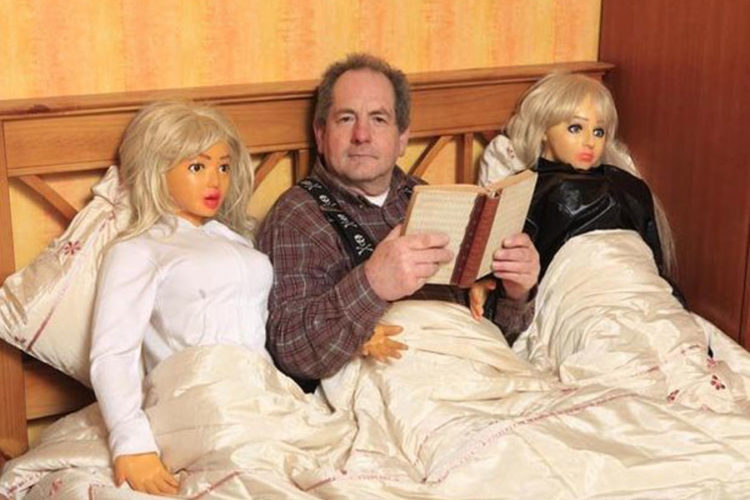 The blow up dolls are all the rage in the west. But many people think that they ere invented by the dictator Adolf Hitler? But many doubt this fact. Then really who found the blow up s*x dolls. Here you can find out all the details about these dolls. One article about Blow up dolls revealed its connection with the Borghild Project. Hitler permitted the project so the Nazi soldiers were supplied with blow-up dolls. It was a plan made to save the soldiers from Syphilis.

So to abate the s*xual desires of the soldiers Hitler suggested the inflatable dolls. But many experts say that there is no proof of inflatable dolls used at that time. Continue reading to know more about blow up doll facts.

Who Invented Blow up dolls?

Even Though many facts are available about the blow up dolls, the inventor behind the dolls is not known. But the first existence of blow up dolls was in the 17 century. In the long sea journeys, the Dutch sailors used the doll to satisfy their s*xual pleasures. Then the first record of the blow up doll was found in psychiatrists Iwan Bloch’s book titled “The S*xual Life of Our Time”. It described the inflatable doll used for s*xual purposes.

Further, the Dutch traders sold these dolls in Japan so that is the reason why they are called “Dutch wives” in the country today. Some jilted men in history even created the life-size replica of their lady lovers. It was done by Oskar Kokoschka the Austro-Hungarian artist. But according to the sources, the artist was not satisfied with the doll so people say that he may have burned it or buried it.

Then during the sixties, there were advertisements for the blow-up dolls made. It promoted different pictures of the dolls that appeared in the magazines and the customers were able to buy the one they preferred. Also, these dolls had different hair colors and styles.

Did Adolf Hitler make the blow up dolls?

During the turbulent years of World War 2, there were rumors of Hitler ordering the inflatable s*x dolls for his German troops. The project called as Borghild Project was put into action to control the spread of syphilis among the German soldiers. Further this project was started because of the 1940 memo of Heinrich Himmler. He described syphilis spread in the houses of ill repute in Paris.

He wrote that the worst danger in Paris is the presence of whores. So Hitler was known to have accepted the memo and gave his approval for the project. He ordered inflatable dolls for his soldiers. So they can keep it in their backpacks and avoid going to brothels for pleasure.

So the designers working for Hitler started to work for him and created the “gynoid” dolls. But there is no proper evidence of this event. Hence, in the twentieth century, many people considered it a hoax story. Also, employees at the German Hygiene Museum doubt whether this project ever existed. So there is no actual proof if Hitler was behind the popularity of the blow up dolls.

What is the blow up doll known as today?

A robotic engineer in Japan has used the term “Uncanny Valley” to describe the robots that look more like a human. The more real the doll is the creepier it looks. But many people are interested in the idea of a realistic-looking s*x doll.

2. It’s Illegal to use blow up dolls in public

There are laws in the countries to not use blow-up dolls in public. But some countries do not have specific laws for such stuff. But still, it is indecent to use the blow up doll in public.

3. Used in the carpool lane

Some people use the blow up dolls in the carpool lanes so it can seem as if a passenger is sitting in the car. Also, people use the dolls if they go on long drives because it will appear as if they are not traveling alone. They think it is safer for them this way.

The blow up dolls have become a business now. Companies are selling cheap s*x dolls. But there are some expensive dolls too sold by large businesses. Even celebrities have started to market s*x toys. Some blow-up dolls come with advanced tech such as skeletal materials and silicone blend. They cost $10,000 and upwards.

These are some of the facts about blow-up dolls. There are many stories about such dolls in history. Today they have become popular.

You may also like: Story of La Pascualita: A Dummy in A Bridal Shop Window in Mexico

Things to Avoid When Getting a Live Tarot Reading