Who is Bad Bunny Dating? His Relationships with Gabriela Berlingeri 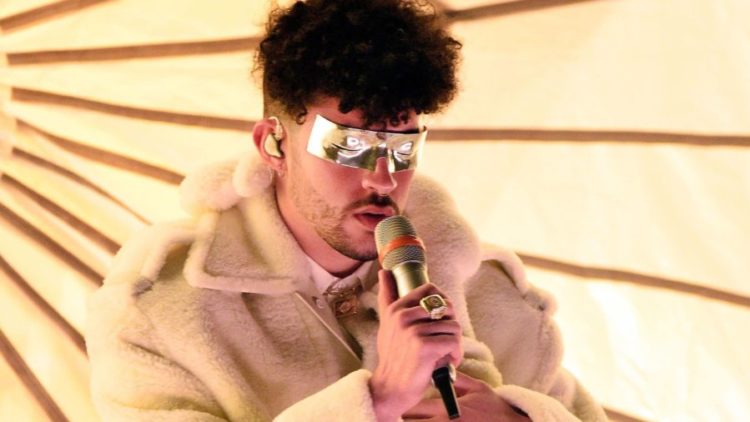 Bad Bunny is a famous rapper, songwriter and singer. He has bought many genres into his music such as soul, bachata and rock. Because of his popularity, his personal life is also widely discussed among his fans. Do you know the name of his girlfriend? It is Gabriela Berlingeri. She is a well-known jewellery designer who has her line called DiciembreVeintinueve. Berlingeri hails from Puerto Rico like her boyfriend Bad Bunny.

Recently Bad Bunny got caught in dating rumours with singer Rosalia. As they are working on a song together they got spotted many times. Therefore many thought that they were a couple. But that is not the case. Therefore you can have a look at the biography and dating life of rapper here. All your confusion will be cleared.

Birthplace and family of Bad Bunny

The real name of Bad Bunny is Benito Antonio Martínez Ocasio. He is from Vega Baja, Puerto Rico. His father was a truck driver and his mother was a school teacher. Their family listened to a lot of music so from a young age Bad Bunny was interested in music. Also, he came from a very loving home.

Fame and popularity in the music industry

Bad Bunny began to write music from the age of 14. In 2013 he began to publish his songs on SoundCloud. Also, he released music as an independent artist. Then in 2018, he got the chance to collaborate with Cardi B in “I Like It”. This helped him to get popularity in the US. He got a nomination for a Grammy Award for that song.

In 2019 he released the Oasis album. This became a surprise success overnight. In 2020 he released YHLQMDLG and it became the highest-charting Spanish album of all time. Further during the Covid 19 time, he released “En Casita” on SoundCloud. In the song, he expressed solidarity to the people in quarantine. So because of these achievements, he has become a popular artist.

Bad Bunny’s Relationship with his girlfriend

Bad Bunny met the jewellery designer Gabriela Berlingeri in 2017 at a restaurant. He was not alone as he also had his family with him. While dining they both felt attracted to each other and began to date soon afterwards. Further Berlingeri helped him with the song “Te Guste” by offering scratch vocals for Jennifer Lopez parts in the song.

As rapper prefers privacy he kept his relationship with Berlingeri a secret. Only in 2020, he revealed about his relationship. He explained his reason for revealing the relationship. The rapper said that he is happy with her and she has helped him in times where he needed emotional support. Also, Bad Bunny gf became the first Latina to shoot the cover for Rolling Stone. She clicked the photo of Bad Bunny for the cover of the magazine in May 2020. Here are some other details about Gabriela Berlingeri and her relationship with him.

Gabriela is from Puerto Rico. She is 28 years old now. But there are no other details about the designer as she is a private person. Yet there is some information about her career. She is a jewellery designer who has her line called DiciembreVeintinueve. She launched it in 2020. Also, she has modelled for her line of jewellery. In the pictures, she looks fetching.

In 2020 there were rumours of Bad Bunny’s marriage with his girlfriend. This started when Berlingeri was seen wearing a diamond ring. Then rapper was also wearing a band when he appeared in a commercial. But Bunny shut down the rumours by saying that he is not that married.

Then the media asked him if he was engaged or not. For this question, he replied that he may be engaged. But he revealed that marriages and weddings scare him.

– Rumours of breaking up

Recently there was also news of the couple breaking up. But this rumour is not clarified by Benito Antonio Martínez Ocasio. There is still no official news from the couple about this rumour.

Relationship rumours of the Bad Bunny

Bad Bunny is also very frank about his gender fluidity. Many shared that he is a feminist icon. He has a BFF J Balvin who revealed in an interview that if he was gay everybody can easily guess who he will be dating now. Therefore being a person of influence, her has been very vocal about his preferences.

In 2021 Bad Bunny caused a lot of stir among his fans when he captioned “I fell in love” on Instagram. Also, he performed “La Noche de Anoche” on Saturday Night Live with singer Rosalía Vila Tobella. So after this performance, many thought that he had broken up with Berlingeri and is dating Rosalia. His amazing chemistry with Rosalia on the stage and his caption in Spanish “Creo que me enamoré ” which means “I think I fell in love” became a huge matter of discussion in social media.

He is going to work with Rosalia on some songs. Therefore they are only together because of work. This means that he is still with Berlingeri and has not broken up with her.

Earnings and net worth

Benito Antonio Martínez Ocasio is a popular singer and his albums and songs are a great hit. That is why Bad Bunny’s net worth is $16 million. From a SoundCloud artist, he has become a sensational rapper and singer. Also, his songs have become the most streamed songs on Spotify.

Further his eye-catching fashion statements have got the appreciation of his audience. He wears expensive jewellery on his neck and ears that adds to his appeal. Also, he has contracts with brands like Adidas and Corona. In the future, he is going to build a home with his earnings.

In this article, you must have seen all the details about rapper’s relationships. He is with his beautiful and understanding girlfriend Gabriela Berlingeri. Therefore he is not dating singer Rosalia.

You may also like: Renee Zellweger is Dating Ant Anstead: Here is the Proof