Who is Canelo Álvarez? All Fernanda Gomez’s Husband 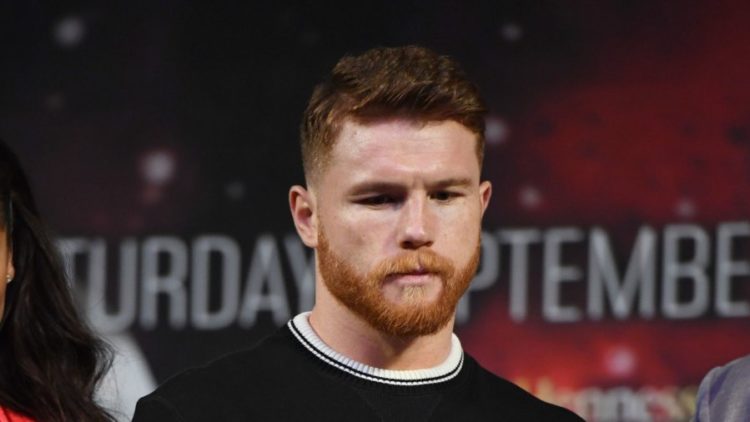 There are many famous boxers in the world. Because of their boxing skills and strong attitude they have captured the attention of many fans. Also, each fight they win is their milestone. As the crowds cheer, they get the trophy they deserve and move up in their game. One such famous boxer is Canelo Álvarez. His full name is Santos Saúl “Canelo” Álvarez Barragán. He is from Mexico and he has won lots of world championships in the light-middleweight to light heavyweight games. Further, he also has won many titles.

Do you know about his wife? Her name is Fernanda Gomez. She is a beautiful woman. Here you can find all the details about Canelo Álvarez and his personal life.

Where is Canelo Álvarez from?

Canelo Álvarez is from Guadalajara, Jalisco. He was born on 18 July 1990. Then at the age of five, he and his family moved to Juanacatlán, Jalisco. He was the youngest of eight children and all of his siblings are professional boxers. As he has red hair his family named him Canelo which means cinnamon. He inherited his red hair from his mother Ana Maria.

Why did Canelo Álvarez become famous?

Álvarez started his amateur career as a boxer when he turned 13. He followed his older brother Rigoberto who is also a professional boxer. In 2004 he received the silver medal in the Mexican National Championship. Also, he made several other records.

From age 15 he began his professional career. In his first 19 months record, he knocked out thirteen opponents. Then he played against IBF lightweight champion Miguel Vázquez in 2006. Also, he defeated José Cotto during the Floyd Mayweather Jr. vs. Shane Mosley undercard.

In the Light Middleweight matches, Álvarez faced many opponents. In the TKO match, he played against Kermit Cintrón. He overpowered him and won the match. Then in the next bout, he met Shane Mosley as his opponent. Further, he also fought in catchweight, light middleweight and more matches. Canelo Álvarez’s records in the matches were great. Because of these achievements he received many titles and awards. Many of his fights have got a lot of views from the fans.

Who is Canelo Álvarez’s wife?

Before his marriage, Álvarez had relationships with many women. At first, he was engaged to Marisol González who became Miss Mexico Universe in 2003. Also, he has three daughters and a son with different women. In 2021 he got married to the beautiful woman Fernanda Gómez. She was his long-time partner. Also, they got married at a beautiful ceremony in Guadalajara Cathedral in Guadalajara, Mexico.

Canelo Álvarez ‘wife is available on Instagram. Fernanda Gomez has lots of followers and is the owner of a nail salon in Guadalajara in Jalisco. Further, she is also an entrepreneur. According to her Instagram page, she likes to live a luxurious lifestyle as she loves to travel and enjoy. She also has posted pictures with her handsome husband Canelo Álvarez.

During an after-party, the couple was spotted at a nightclub in Las Vegas. But the couple likes to keep their personal life private from the media. In 2018 they two had a daughter named Maria. For her birthday they planned a lake-themed party. The couple’s recent marriage is proof that they want to lead the rest of their lives as husband and wife. The couple may also have more children in the future.

What is Canelo Álvarez Net Worth?

Along with his boxing career, Canelo Álvarez is also a boxing promoter in Mexico. He has a company named Canelo Promotions. Some of his business partners are his father and son team Chepo and Eddy Reynoso and his trainers. Further his company has represented 40 boxers in his country.

Therefore with his career and boxing company, Álvarez earns a lot of money. As of 2021, his net worth is $140 million. Also, he has stated that he will think about retiring from boxing at age 37. So he still has a lot of time to earn money from his career. He is among one of the highest-paid boxers in the world.

Further Álvarez has endorsed some famous brands like Everlast, Under Armour, and Tecate. He has received millions from these brands too.

Canelo Álvarez is a great boxer. During these years he has become famous because of his skills and professionalism. Many boxers admire him for his talent and they consider him their inspiration.

You may also like: Is David Muir Married? Biography, Rumours and Love life