Who Is Cote de Pablo? Some Unknown Aspects of De Pablo’s Life 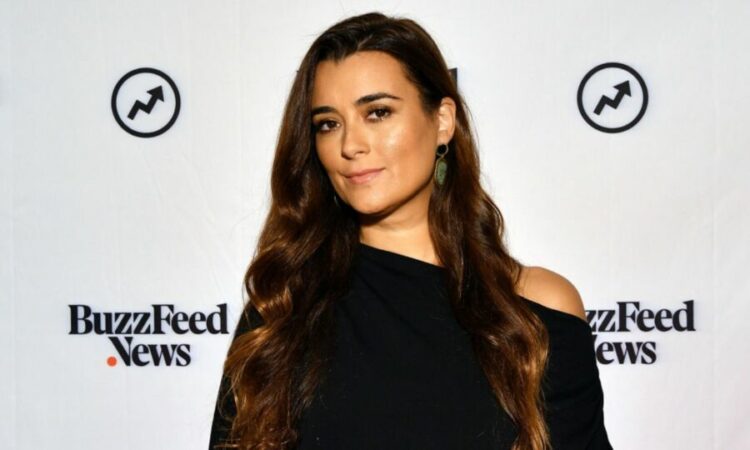 She had previously described herself as an old-soul, Latina hippie who loves hanging out with her mother. Naturally, when anyone gives such a description about oneself, people will indeed be curious to know more about her. So are you eager to learn more about this phenomenal actress? Stay tuned until the end, as we will share some of the significant aspects about her here. Let us take a quick glance!

Do You Know What is Her Real Name?

Since you are reading this article, it is evident that you are eager to know more about the popular actress Cote d Pablo. Well, you are at the right place as we will share some interesting aspects about her here. If you are a fan of the actress, you must know that Cote is not her real name.

You might be surprised to hear it, but it is true. Cote de Pablo’s real name is actually Maria Jose de Pablo Fernandez. According to sources, when de Pablo and her family moved from Chile to Miami, Florida, many kids at her school couldn’t pronounce her name. Therefore, she thought of changing it to an easier name, “Cote.” The actress says that it is a common nickname in Chile.

She was born on 12th November 1979 in Santiago, Chile. Therefore, she is currently 42 years old. De Pablo also has a younger sister, Andrea, and a brother, Francisco, who works as a DJ. She attended Carnegie Mellon University in Pittsburgh. Here she studied music and theater and appeared in several plays. In 2000, De Pablo graduated with a Bachelor of Fine Arts in Musical Theater.

As we said earlier, when de Pablo moved to America from Chile at ten, she did not know much English. So naturally, learning a new language at a young age would be very hard to experience; however, de Pablo had one teacher who helped her find the right career option.

De Pablo described this on The Late Show with David Letterman, saying, “And so I remember in 5th grade, I had a teacher… who was wonderful and he was an older man. And the only thing I knew really was ‘run.’ I knew what that meant. So he put me into the track and field, and so he got me starting to run and all that stuff, and before I knew it, I was a little track and field star. I remember he would say in the middle of competition; he would scream and get very red and scream, ‘Cote, run!’ And that’s all I knew.” Pretty interesting, don’t you think? Let us read some more fascinating details about de Pablo down below.

Did Cote De Pablo Always Wanted to Become An Actress?

Many of you are probably hearing it for the first time; however, it is indeed true. Initially, Pablo had different targets and preferences before she became an actress. Therefore, the actress shared her thoughts, saying,  “I, believe it or not, wanted to be a secretary, much like Maggie Gyllenhaal in The Secretary. … I had clips all over and markers, and you know, the old-fashioned typewriters… I like to follow directions and, by the way, I became an actor, so I’m kind of doing it anyway.”

As you know, Pablo shifted to a new country with her parents when she was very young. So at that time, it was not just the name she had to overcome as she adjusted to a new country. In fact, she herself said that she started learning English only after moving to Miami.

Moreover, she had indeed worked pretty hard to learn English. Eventually, she found her career option after attending a performing arts high school. She loved that experience and said she felt great talking and communicating with people in her new country.

You might be surprised to see the heading; however, it is true. As you know, de Pablo went to a performing arts high school. Later,  she studied musical theater at Carnegie Mellon University. After graduating, she continued on the theater path. In fact, the actress also appeared on the New York City Public Theater stage for a Shakespeare production.

So it was while working in San Francisco that the opportunity to audition for NCIS came up. In an interview, she said, “I was about to do Broadway right before I got NCIS…so I went from my chance of doing a Broadway show into doing the series.”

Needless to say, her risk really paid off. However, de Pablo still years for that chance to act on Broadway. Well, it was a lifetime opportunity indeed!

Why Did De Pablo Leave NCIS?

Many of you are probably curious to find out the answer to this question, right? Well, let us share with you the details. As you know, the creators often decide to write particular characters out of shows to develop certain storylines further. However, in terms of Ziva David, it was actress de Pablo’s choice to leave the drama. Even though they had offered her more money to stay, she did not agree.

As you can understand, it was not the financial aspect that affected the actor’s decision. Moreover, it was down to maintaining the integrity of her character Ziva which prompted her to leave the show.

Is Cote De Pablo in a Relationship With Someone?

As per the sources, Cote de Pablo and Michael Weatherly became close friends while working on the show NCIS. Initially, they did not like each other much, but later on, while working, they had an “immediate attraction.”

Moreover, the friendship lasted even after de Pablo departed from the show. She also came back for the viewing party for Weatherly’s final episode with NCIS to support him. However, it would be wrong for us to look into any romance between them. They are rather very good friends.

So as we conclude, we can say that Cote de Pablo is one of the prettiest and finest actresses in the Hollywood film industry. In fact, even now, she continues to act without thinking of a project’s successful outcome when she begins. Therefore, looking at de Pablo’s track record, we can say that she will achieve more milestones in the future.

Also read: What The Cast Members Think About The “Infamous” Shake of Love Is Blind