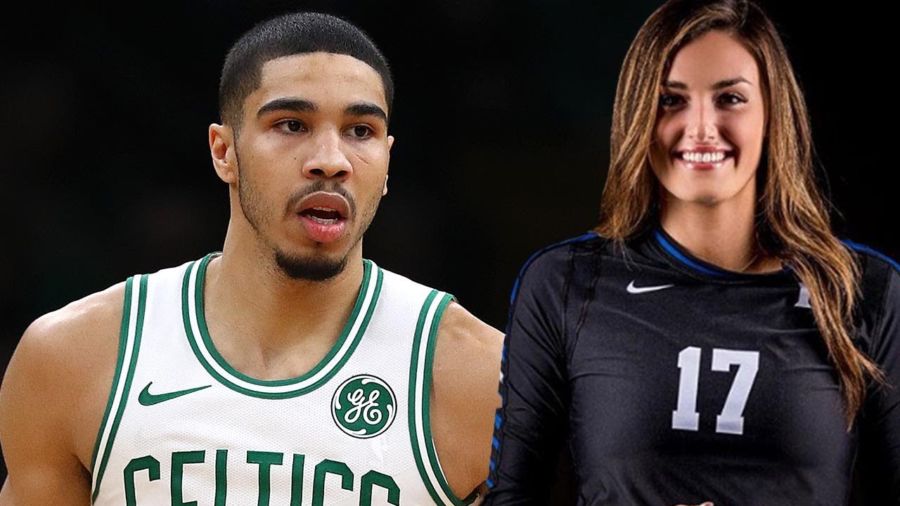 We all know that Jayson Tatum is the lucky father of a beautiful boy. His name is Deuce. That little boy has our hearts. Besides, he has been a fixture in the Celtics locker room for quite some time now. All the other players shower him with love and perhaps spoil him a little. Furthermore, people adore and respect the Boston Celtics star for being a single father and raising the kid by himself. That requires a lot of determination and courage indeed. However, who is the mother of the child? And where is she now?

From our sources, we have come to know that the name of Deuce’s mother is Toriah Lachell. We hear that she gave birth to baby Deuce when she herself was only 17. When, where, and how did the two of them meet? We will tell you everything we know about her at the present. Besides, are you interested to know if the player is dating anyone now?

We have his dating history as well. Stay with us throughout this blog and we will answer all your queries about the two of them.

Jayson Christopher Tatum Sr was born on  March 3, 1998. Firstly, he is an American professional basketball player for the Boston Celtics of the National Basketball Association (NBA). Secondly, the place of his birth is St. Louis Missouri.

Thirdly, Jayson Tatum is the son of Justin Tatum and Brandy Cole. Justin Tatum played basketball at Saint Louis University and is a gym teacher and basketball coach at Christian Brothers College High School in St. Louis. Fourthly, Tatum was born when his parents were both 19-year-old undergraduates. Fifthly,  his mother Brandy graduated from Saint Louis University School of Law. Furthermore, now she is a practising attorney in the St. Louis area. Sixthly, he is also a cousin of former NBA player and current Los Angeles Clippers head coach Tyronn Lue.

Lastly, Tatum is a Christian and believes in Christ.

A McDonald’s All-American in high school in Missouri, he played college basketball for the Duke Blue Devils. Next, he was selected in the 2017 NBA draft.

He was selected with the third overall pick by the Boston Celtics.  An NBA All-Star three times, Jayson Tatum was named the NBA Eastern Conference Finals Most Valuable Player in 2022 by the association. Furthermore, he helped the Celtics to reach the NBA Finals. Besides, he also won a gold medal in the 2020 U.S. Olympic team in Tokyo.

Toriah Lachell is a hairstylist, who has gone viral on Twitter because of her super hair curling styles. She was born on 21st February 2000. People love her fashion sense and her ratings are quite high. Another reason why she is so popular is that she is the ex-girlfriend of Jayson Tatum. Toriah Lachell is the proud daughter of Julie Gibbs and John Gibbs. However, John is her stepfather whom her mother married after divorcing her biological father. We do not know the name of her own father.

In addition, Lachell has a half-brother named Morgan. Toriah’s father has the surname Lachell which she too shares.

Lachell, now 23, is of mixed ethnicity and we know that she is an American citizen. She studied at Chaminade College Preparatory School in Creve Coeur, Missouri, while growing up in St. Louis.

She made all of her money from her salon and various side jobs. She designs a variety of hairstyles and the name of her salon is The Curl Bar Baston.

You can look her up on Instagram as @hairbytoriahlachell.

Furthermore, she had previously studied in a beauty school in Boston to become a hairstylist.

Also read: Who Is Richer Jordan Peele Or His Wife, Chelsea Peretti? Have A Look

How did The Two of Them Know Each Other?

As we understand, both of them were born in the same city of St Louis Missouri.

Furthermore,  Jayson Tatum and she studied in the same college which is Chaminade College Preparatory School in Creve Coeur, Missouri. They were friends in the beginning but then they began dating for a few years. Then, Jayson Christopher Tatum Jr aka Deuce was born on Dec. 6, 2017.

Although we know that Lachell and Tatum’s relationship did not survive, he did not forget his responsibilities as a father. And Deuce is very popular on his dad’s social media pages. Besides, he has delighted his fans many times at the Celtics games and during press conferences. We might even say that at times people and the media are more interested in him than his father. In fact, the players from the team adore him and spoil him with many things.

What is Tatum’s Take on His Son’s Popularity?

Toriah Lachell and Jayson Tatum had Deuce when they were very young but he says that he loves it. “Yeah, I think that’s the plus of having a kid at 19”, Tatum said to Boston.com. “We’re growing up together. I think it’s cool that he’s going to be able to see me as my career goes. And he’s getting older to remember certain things and interact. Things like that. It’s a plus.”

However, he admits that he is a little surprised by his son’s popularity.

“I did not expect it,” he said to the reporters. “It’s cool. Deuce enjoys it. Every time he comes to a home game, people cheer when they see him and scream his name. When he comes to the games on the road he has his own personality.” Deuce is a lovely boy and undoubtedly everyone loves him, especially Tatum’s fans.

Is Jayson Tatum Dating Anyone Now?

We know that Jayson Tatum played college basketball for the Duke Blue Devils before entering the 2017 NBA draft. Furthermore, when he was at the University he dated volleyball player Samie Amos briefly.

After entering the NBA, Tatum was in a relationship with British R&B singer Ella Mai. In fact, gossip about them started when he went to Mai’s show in Baltimore a few years back. Furthermore, there were reports that in 2021 they broke things off. They did not comment on their relationship but people saw Mai at a Celtics game where Tatum was playing.

However, BlackSportsOnline.com said that his fans were quite confused. Because model Bella B was also at the same game cheering for him. In fact, we know that Tatum had also dated her.

Tatum tries to keep his dating life private these days. Hence, we don’t know if he is dating anyone at the present.

Jayson Tatum is a very popular player on the Boston Celtics team. However, Deuce is way more popular than him and we are totally fine with that. We hope that the player achieves much more with all his new endeavors.