Who is Kate Hudson Married To? All About Her Partner Danny Fujikawa 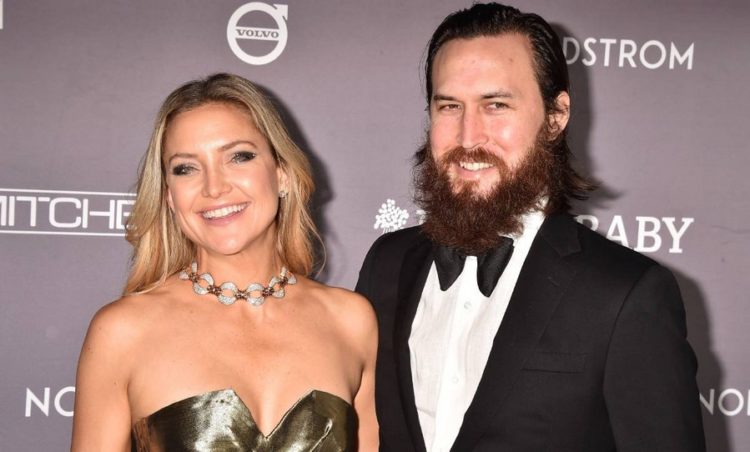 The top actress Kate Hudson is now ready to settle down with her partner Danny Fujikawa. In September the actress got engaged to Danny Fujikawa. He is her boyfriend of five years and they have a daughter together named Rani Rose. She shared the happy news of her engagement on Instagram with the caption “Let’s go!” and a photo of herself and her fiancée. Hudson’s story with her love is as romantic as the rom-com she acted. Over the years she has dated some A-listers like Owen Wilson, Alex Rodriguez, Dax Shepard, Derek Hough, and Nick Jonas. It took a long time for her to find the love of her life, Danny Fujikawa. Do you know how old is Kate Hudson? She is forty-two.

Hudson shared in an interview that she does not have a traditional setup. She has zero regrets in her life. She has never defined herself through how a man sees her. Rather she defines herself in the unit she creates with a man she loves. She explained that she has found “The One” in Fujikawa. According to her words “He makes me feel beautiful every single moment of the day, even when we have fought. I still feel loved. His devotion to the family unit makes me feel safe and confident and secure.” Here find out all the details of Kate Hudson and her partner.

Who is Danny Fujikawa?

Fujikawa is a thirty-five-year-old man. It was at the premiere of Snatched in LA that Hudson and Fujikawa kissed and showed the world about their relationship. She shared “My cute man. He’s the best!” she told Extra at the premiere. When interviewers asked what she likes about him they shared “How long do you have? He’s a good man”. But rumors about their relationship started to increase when they were spotted kissing during a lunch date in LA.

In 2017 Kate shared in an Instagram post that she first met Danny when she was twenty-three. She was pregnant at that time with her son Ryder. Danny’s stepsisters are the best friends of Kate Hudson. They were in the same circle for many years.

Further, a year ago Danny took Kate on a hike. Then it unexpectedly turned into a date. But no moves were made on the first date. It was just casual. It took months for Fujikawa to make another move. During some years of knowing each other, they opened their hearts and shared their pure love.

When did Hudson get engaged?

Hudson said yes to Danny Fujikawa on Sept. 13, 2021. She shared a photo of kissing her fiancée. She was wearing a Lorraine Schwartz diamond which is pale brown. It is estimated to be between $175,000 and $225,000. The rock looks six and eight karats and it had a band of rose gold. After sharing about her engagement Hudson also showed off her ring.

The first time that many saw the ring was in Met Gala 2021.  She walked the event red carpet solo in a pink ensemble from Micheal Kors.  The dress had a sequined bra top and a maxi-length skirt. Then along with the dress, she wore a silk organza feather coat.

Kate Hudson has two children seventeen-year-old Ryder Russell Robinson and ten-year-old Bingham Hawn Bellamy. They were her children born from previous relationships with Chris Robinson and Matt Bellamy. Then she had a daughter with Danny. Now Kate and Danny are living as a blended family. They are trying to make it work. If Kate has to go to a business meeting, Danny looks after the family. He is a great family name and always prioritizes family before anything else. Their goals toward the family are the same.

He is her support system

Hudson is a busy woman. She is an actress, entrepreneur, and mom of three. She still manages to have time for self-care. But she can manage her life with the help of her fiancée. He is her support system. Kate shared in an interview that “I’ve got the best man” and added, “It’s the first time I feel like I have a real teammate in this. We’re able to pick up where the other one has to leave off”.

To announce the birth of their daughter, Kate, shared a picture on Instagram that read “10-2-18”. They decided to name the daughter Rani Rose. They named her after Danny’s grandfather Ron Fujikawa. They all miss him dearly. So to honor him they named their daughter Rani. The family members on both sides were happy during the arrival of Rani. Hudson’s brothers Oliver Hudson and Wyatt Russell shared that the whole family was overjoyed on the occasion.

Kate was looking forward to having feminine energy in her home. It seems Kate wanted a baby girl for a long time. After the birth of Rani, Hudson and Fujikawa went on a full swing to take care of her. She posted a series of photos on her profile that showed how busy she was as a mom.

Danny is a good musician

Danny is a former guitarist and singer for the band Chief. He also owns the label Lightwave Records which he began in 2013. Also, he has worked on Kate’s promo videos for her clothing line. He edited the video and even composed it. Further, it looks as if he is a hilarious guy. He always cracks jokes and makes Hudson laugh. One time he shaved off his beard and cried on Instagram.

Kate Hudson has a supportive partner now. He and her fiancée are going to marry soon. Their followers are waiting for the moment to happen.