Who is Kyle Rittenhouse: Accused of Kenosha Protest Shootings? 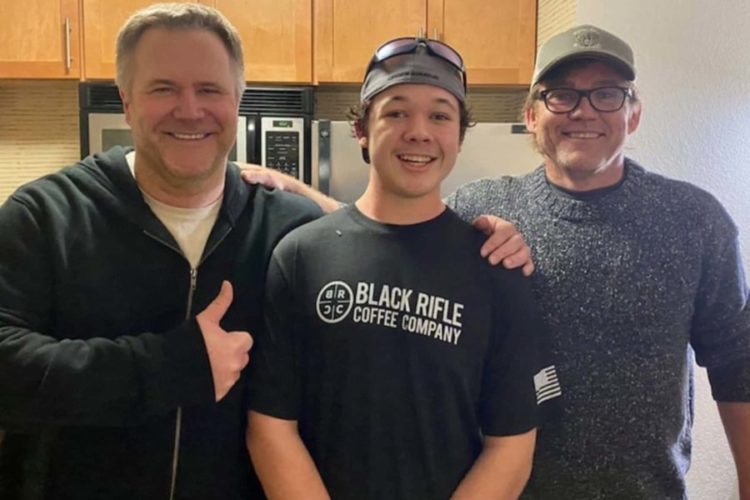 On Sunday a policeman from Kenosha shot a black man named Jacob Blake seven times in the back. It paralyzed the man and this incident led to a protest in Kenosha. Many people gathered to protest. But during the protest another shocking incident took place. Kyle Rittenhouse is under the radar now because he is accused of intentionally killing two men and injuring one man. The men he shot were protesting the police shooting of Jacob Blake.

Kyle Rittenhouse is a 17 year old teenager from Illinois. There is video footage of him appearing during the protest after the first shooting incident. Still, there is a lot of investigation going on around Rittenhouse’s appearance during the protest. The police have found that the teenager got his gun from a 19-year-old named Dominick David Black. He is facing charges of supplying a gun to a person under 18.

A Kyle Rittenhouse video resurfaced on social media which showed Rittenhouse carrying a semi-automatic rifle. It seemed as if he just shot somebody with it. He was walking away from a man who was fatally shot in the head. Now Rittenhouse is facing charges of first-degree homicide. Know all the details about Kenosha shootings here.

Is Kyle Rittenhouse in jail?

Rittenhouse is in custody in Lake County, Illinois. His extradition hearing is planned to happen on Friday. He got officially charged on Thursday. Also, he got assigned to a public defender in Illinois to get transferred to Wisconsin. But there is no comment from the public defender’s office about the issue. Under the law in Wisconsin, anyone older than 17 or under is considered an adult.

Now the authorities are trying to get to the root of the matter. So many new details about Rittenhouse are emerging. According to the sources, the Facebook page of Rittenhouse is filled with praise for law enforcement. He is also a supporter of the Blue Lives Matter movement that appreciates the service of policemen. In one of the photos, he was also holding an assault rifle. The seventeen-year-old has routinely posted pictures of himself on his social media accounts. But in everything the phrase Blue Lives Matter is prominent.

His mother has posted a picture of him and in this photo; he was wearing a blue law enforcement uniform and a hat. In his TikTok account, he posted a video of sitting in a rally hosted by former president Donald Trump. But still, there are a lot of questions about his appearance at the Kenosha shooting protest.

What was in the Kyle Rittenhouse video?

Before the shooting, the conservative website called The Daily Caller had an interview with the accused gunman. In the interview, the teenager shared how he wants to protect people. Also, he has a rifle to protect himself and a medkit.

I interviewed the alleged shooter before the violence started.

But later a video of gunshots ringing and a man with a wound on his head was posted on social media. In that video, Rittenhouse can be seen near that area and he was heard saying “I just killed somebody” on a phone. Then in a separate scene, a group of protestors was seen telling “Why’d you shoot him?”.

Then another video taken by a photographer in the scene of Kenosha protests showed an armed Rittenhouse on the ground aiming the gun at the crowd near him and firing.  He shot one man in the arm and another man was found dead on the ground. So totally Kyle Rittenhouse is accused of shooting three men. Two men are dead and one man is wounded.

Then a witness on the scene shared that when the gunman stumbled, two people jumped on him and they struggled to get the rifle from him. But Rittenhouse shot multiple rounds of gunfire that dispersed the people who were near to him.

The two people shot and killed by Kyle Rittenhouse are a 26-year-old resident of Silver Lake, Wisconsin, and a 36-year-old from Kenosha. The person wounded by the gunfire is a West Allis, Wisconsin resident aged 36. According to the police he will survive the gun wounds.

Kyle Rittenhouse is in custody now. As many investigations are happening on the Kenosha incident there are still some truths about Rittenhouse that will come out soon.