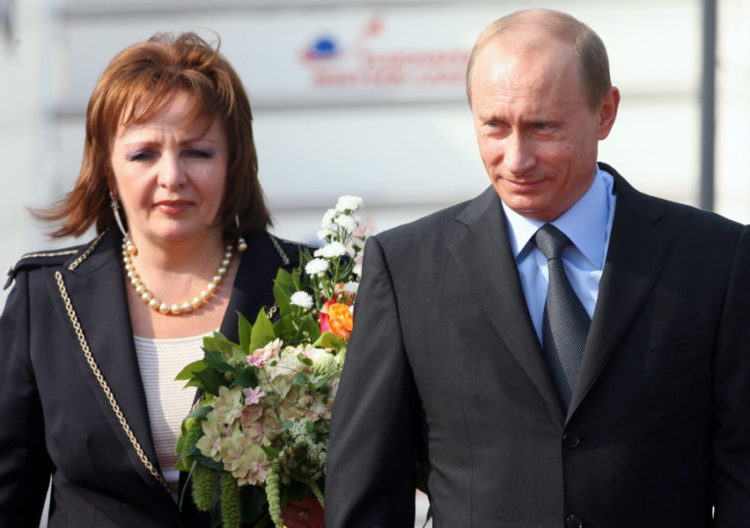 In the world, nowadays everybody is waiting for Vladimir Putin, the Russian President’s next move in the increasing crisis which prevails between Russia and Ukraine. The fact is many people know a lot about his political career and the achievement of Putin. Stay with us to know about Lyudmila Aleksandrovna Ocheretnaya.

The most important fact is President Putin prefers to keep his personal life away from the limelight. It is hardly seen that he speaks about his ex-wife Lyudmila Aleksandrovna Ocheretnaya and his daughters in public.

Moreover, according to various sources, the President and his wife left each other after being together for 30 years. So, if anyone wants to know about Lyudmila Aleksandrovna Ocheretnaya can go through this article.

A brief bio of Lyudmila

Putin’s Ex-wife was born in the Soviet Union’s Kaliningrad in the year 1958. She is the former Russian, first lady who held the title from 7th May 2012 to 6th June 2013. The important fact is being a first lady; she always kept a low profile avoiding the limelight.

The state protocol governs her public appearances. She started her career as a flight attendant at the Kaliningrad branch of Aeroflot. Moreover, she taught German at Leningrad State University in the Department of Philology.

Lyudmila Aleksandrovna Ocheretnaya was born to Alexander and Yekaterina Tikhonovna Shkrebneva. Her father worked at Kaliningrad Mechanical Plant. She studied linguistics in her hometown, Kaliningrad. After that on the year 1986, she joined Leningrad State University. From this University, she graduated from the branch of Spanish language and philology of the Lyudmila Department of Philology.

Putin’s Ex-wife was a flight attendant at the Kaliningrad branch of Aeroflot.  After her marriage to Putin, she became the Moscow representative of the Business Telecominvest company from the year 1998 to 1999. Here she was the only employee who handled phone calls and coordinated meetings.

She was a lecturer at Leningrad State University, where she teaches German in the Department of Philology. Lyudmila also became the curator of a fund for the promotion of the Russian Language as Russia’s first lady. She, as a duty, sometimes produced statements concerning the Russian language and education.

In Leningrad, Lyudmila Aleksandrovna Ocheretnaya met Putin. Later, both of them fell in love and started dating. After that, on 28th July in the year 1983, Lyudmila married Putin.  Two daughters were born in their family. Mariya, their first daughter was born on 28th April in the year 1985, in Leningrad, Soviet Union. Yekaterina, their second daughter, was born on 31st August in the year 1986 in Dresden, East Germany.

Both of them maintained a secret life for their daughters. Lyudmila remained out of the media limelight and spotlight as the first lady. The fact is although being in power, the marriage between Lyudmila and Putin was not smooth. Moreover, thirty years after their marriage, the couple left each other.

Both of them publicly announced the termination of their marriage based on their mutual decision. The news of the divorce came to the public on 6th June 2013, and it finally took place in April 2014.

After the divorce, Lyudmila married Arthur Ocheretny. Her husband, Arthur, is a wealthy Russian Businessman. The fact is Arthur is 21 years more junior than Lyudmila. It is not known when Lyudmila and Arthur initially met.

Moreover, she is a contended mother and wife. Both of them married in the year 2015 in front of their friends and family. Now, it has been seven years since their marriage, but they have a pleasant, peaceful relationship. One of the most important facts is they are quite committed to one another.

According to sources, Lyudmila has helped to create and support the foundation called the Centre for the Development of Inter-personal Communications. It generates millions of dollars. The fact is that commercial tenants such as VTB Bank, Sberbank, Severstroygroup, Burger King, etc occupy the building. Moreover, the rent for this building is $3 – 4 million.

The tenants pay their rent to a company known as Meridian. A company named Intererservis owns this company. This company i.e. Intererservis is wholly owned by Lyudmila. Her husband Arthur chairs the Centre for the Development of Inter-personal Communication’s management board.

Net Worth of Lyudmila Aleksandrovna Ocheretnaya

She has earned wealth from different avenues. The fact is before becoming  Russia’s First Lady, Lyudmila Aleksandrovna Ocheretnaya was a flight attendant, a lecturer as well as a representative of Telecominvest company. When she was Russia’s first lady, she may have earned decent wealth. According to sources, she has accumulated a net worth of approx $5 million as of 2022. Moreover, her ex-husband and former Russian Prime Minister Vladimir Putin are estimated to be worth $70 billion.

Lyudmila is a Russian lady who rose to fame when she became the First Lady of Russia. She entered Russia’s record for being one of Russia’s first ladies and being Putin’s partner for 30 years. The fact is, according to sources,  Lyudmila Aleksandrovna Ocheretnaya has been away from the limelight ever since her divorce and very little is known about her. Moreover, according to sources, the latest news about her life was a few years ago when she was considered remarried.

Also read: Who Is Molly Hurwitz? Everything About Matthew Perry’s Ex-Fiancee