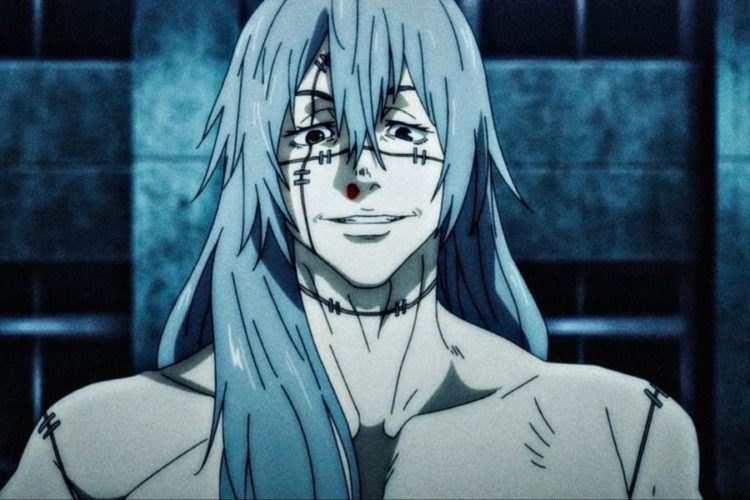 To begin with, Mahito is a famous character in a Manga series. The name of the Manga in which he appears is Jujutsu Kaisen. Further, Mahito is the most hated villain in the Manga series. He is considered to be extremely dangerous and has caused harm to other characters in the series. Read through the article to learn more about Mahito. The article will include information about the role and the personality of the Jujutsu Kaisen villain.

In the first place, Jujutsu Kaisen is a Manga series. The word Manga stands for graphic comics and novels in all forms originating from Japan. Further, the series is very popular in the world. One of the important characters in the Manga is Mahito. Even more, Mahito is the most hated villain in the series. He is shown as a cursed spirit.

Coming to the Manga Jujutsu Kaisen, let’s see what the Manga series all about is.

Jujutsu Kaisen is one of the popular Manga series originating from Japan. The series is written by a famous Manga artist named Gege Akutami. Further, the manga series appears in a weekly magazine named Shonen Jump. It has been published since March 2018. In addition to this, the chapters of the series are collected and stored in the form of 18 volumes.

Jujutsu Kaisen is very famous throughout the world. The story of the Manga revolves around cursed spirits created from negative feelings. These beings are shown to be monsters who cannot be controlled. Manga also includes another character called sorcerer. The role of the sorcerer is to control these cursed spirits and avoid them from harm.

A brief about Mahito

More about the birth of Mahito

Mahito: “a cursed spirit born from humanity who is equally childishly innocent as he is cunning. he enjoys books and movies to learn about humanity. he even knows the happy birthday song.” pic.twitter.com/a0inUmBxWR

Furthermore, the story behind the birth of Mahito was told by him to Junpei during a meeting. Even more, Mahito is the most hated villain in the Manga.

In addition to this, Mahito like other cursed spirits wants to destroy humanity. His goal is also to replace the humans and take their place. Mahito is very dedicated to the true goal that he doesn’t mind losing his life. In simple words, he is okay to die in the process of destroying humanity. Hence, this makes him dangerous and most feared villain in the manga

As per the manga series, Mahito was born very recently. It means that the powers of Mahito are still in the initial stages. Since the character is young in the Manga his powers are not very strong. Furthermore, he experiments a lot with his powers and his limitations. In addition to this, he unlocks new powers and explores more about himself. There are multiple incidents where he unlocks news powers.

The first instance is during a fight with Itadori and Nanami. During the fight, Mahito was pushed to one corner. There he experienced a near-death feeling. It was during this process that Mahito unlocked his first power. He learns to use his domain expansion.

One other incident where Mahito unlocks his second power is a fight with Itadori. It was in this fight that he learn the true meaning of soul. Further, he unlocked a new spirit called the instant spirit body of distorted killing. All in all, he is in the process of developing his powers and discovering being a cursed spirit.

As repeatedly mentioned in the article, Mahito is the villain in the Mango. He is a cursed spirit. The birth of the character took place out of human hate for one other. In addition to this, a Mahito is a very passionate cursed spirit. His only goal in life is to destroy humanity and take humans’ place.

Furthermore, the cursed spirit uses his powers, in the beginning, to experiment on humans. During the process of the experiment, he doesn’t show any kind of emotions. Even more, during the experiment, Mahito shows his sadistic nature and doesn’t care or show any sympathy.

In addition to this, one other incident that shows his sadistic nature is during a fight. In one incident he tries to break Itodori’s soul. Lastly, the character in the manga is shown to be heartless. It is also visible through the series that he enjoys playing with human emotions and experimenting with them. The creator of Mahito tried to bring out the worst in a cursed spirit.

To sum it up, Mahito is a famous character in a Manga series. The name of the series is Jujutsu Kaisen. He is a cursed spirit born out of human hate.

Also read: What Happened To Oikawa in Haikyuu?