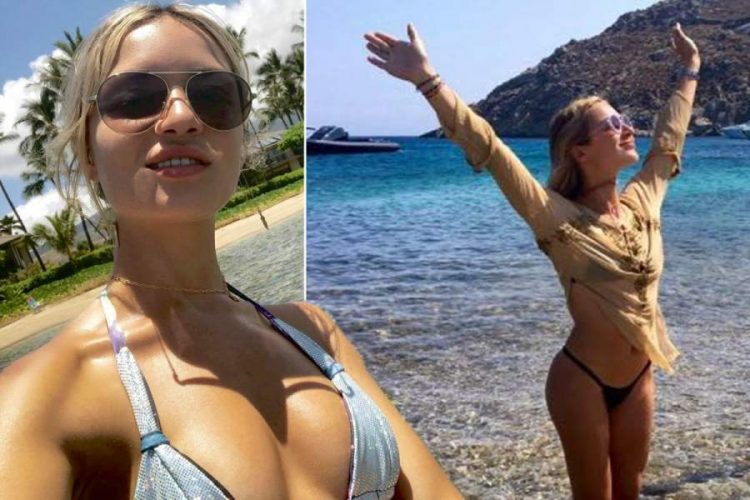 Do you want to know Who is Melissa Cohen? She is a South African activist and Documentary filmmaker. She is the wife of Hunter Biden the son of President Joe Biden. The loving couple dated only a week and married right after it. The couple now has a son named Beau Biden. Now Melissa Cohen Biden is part of the first family and is adapting to the change. She had a prominent place at her father-in-law’s inauguration ceremony. Also, she sat right behind him at the US Capitol and looked beautiful in her outfit. Know all the details about Melissa Cohen here.

Where Melissa Cohen hails from?

Melissa Cohen’s birth place is Johannesburg, South Africa. Her mother Zoe served as a social worker and her speciality is in adoption. The name of her father is Lee Cohen. She has three brothers and one of them works as a podiatrist in Sandton. Her family is Jewish. According to the sources Cohen studied at King David High School Victory Park and then in the University of Johannesburg.

After that, she attended Greenside Design Center College of Design where she got qualified in interior design. At the age of twenty-one, she moved to the US to take part in a course in horticulture in Los Angeles.

How did she meet Hunter Biden?

Melissa Cohen met a local entrepreneur named Jason Landver in the US. She got married to him in 2012 however after two years divorced him. Then she got the opportunity to meet Hunter Biden through her friend and after knowing him for a week she married him on 2019. The couple even got matching tattoos in their left bicep and it is a Hebrew word “shalom” meaning Peace. Cohen got married to Biden in her apartment and their families were not present.

The photos of their marriage got taken by their friend and Hunter called his father to share the happy news. Joe Biden thanked Melisa for giving his son the courage to love again. Melissa has become part of the family and also has accepted her step-daughters as her own.

Hunter was also formerly married to Kathleen Buhle. He has three daughters from his first marriage named Naomi, Finnegan, and Maisy. He got separated from his wife in 2017. For a brief time he dated his brother’s widow Hallie Biden from 2016 but the relationship ended in 2019. After that, he met his true love, Melissa Cohen. They welcomed their son Beau Biden on 2020. The child got named after Hunter’s brother who died during an accident. Melissa Cohen and Hunter Biden is a great couple and are very close to their families.

What is Melissa Cohen Biden’s Profession?

Melissa is an activist and is also the co-owner of Tribal Worlds. This is a company that promotes indigenous conservation. She also has worked on many documentaries as a filmmaker. She supported Barack Obama’ presidency and then criticised Donald Trump after he became the president. Her husband calls her his protector because she has helped him to remain sober from his drug and alcohol addiction.

Melissa Cohen is a beautiful and courageous woman. She is also a supportive wife and a great mother.