Who is Noah Schnapp Dating? Is She Stranger Things Costar? 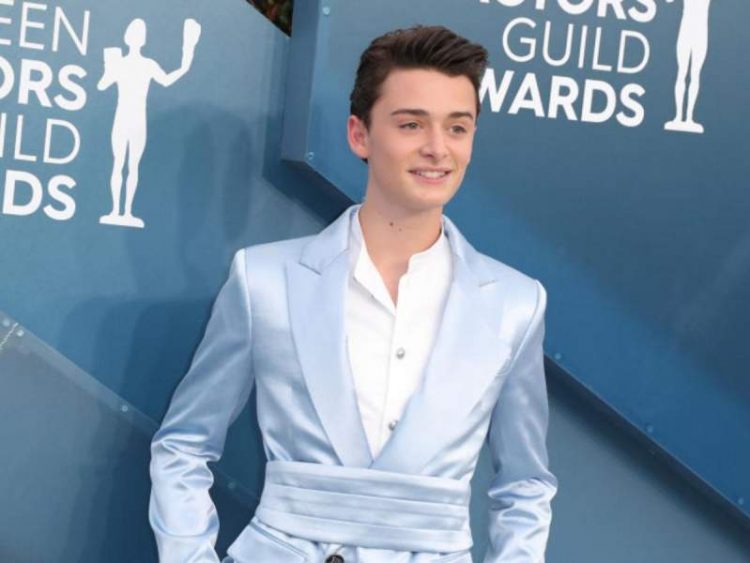 Noah Cameron Schnapp is a well-known Canadian-American actor. He became famous after playing Will Byers in the Netflix series Stranger Things. Also, this series is one of the popular science fiction series on Netflix. Now he is sixteen years old. He won the Screen Actors Guild Award with his co-stars for the series. Then he also acted in Peanuts Movie and Bridge of Spies.

Noah Schnapp hails from New York City, New York and the names of his parents are Mitchell and Karine Schnapp. Then he grew up in the city of Scarsdale. He has a twin named Chloe Schnapp. Although he was born in New York he has Canadian citizenship. His family is from Montreal, Quebec, Canada so he goes to the city often. His mother’s descent is Moroccan Jewish.

Schnapp wanted to act from age five. He first got the desire when he saw the Broadway production of Annie. Further, he performed acting in his school and community plays. When he was eight years old his acting teacher advised him to work as a professional actor. Therefore his parents enrolled him in an acting program in Westchester’s Star Kidz. Then he joined the MKS&D Talent Management. After that, he got many acting opportunities and finally a major role in Stranger Things that made him famous.

Who is Noah Schnapp dating / Girlfriend?

Many people think that Noah Schnapp is dating one of his co-stars from Stranger Things. But he is currently single. As the stars of the series Millie Bobby Brown and Finn Wolfhard started dating many people wanted to know whether Noah Schnapp is also dating someone or not. Further, Schnapp is the best friend of Mille Bobby Brown so he revealed that she and Finn Wolfhard is an item. But he did not reveal whether he is in a relationship or not.

Schnapp is currently single. He is focusing on his career. That does not stop him from making fun of his friends Brown and Wolfhard. They both played the love interests in the series Stranger Things. So they became a couple in real lives as well. In his Instagram post, Schnapp tagged both of his co-stars in a post that said “Tag two people who want to hook up with each other to make things awkward”. Schnapp made fun of his two co-stars by tagging them in this post. Clearly, he is a funny guy.

Did Noah Schnapp date anyone before?

Previously, Noah Schnapp name was tied with his co-star Millie Bobby Brown. But in many interviews, they shared that they are just friends. Therefore the news of their dating are just rumours.

Noah Schnapp is single. But recently there were rumours of him hitting on the famous TikToker Caroline Gregory. She posted the TikTok of herself lip-synching to Avril Lavigne’s “What The Hell”. Then Schnapp replied to her post by saying “Uh hi”. But Caroline’s boyfriend named Asher Angel discouraged Schnapp by saying ‘Hey Noah’. Then Caroline liked the comment of her boyfriend.

They two are dating from 2021 and also made it public to their fans. Therefore it was quite surprising when Schnapp tried to hit on some else’s girl. As he is a funny guy he may have tried to create some mischief. Therefore his attempts may not have been serious. But although he is single it seems as if he is ready to date. He has not found a girl who he wants to date. So if he finds a girl he may date her.

Noah Schnapp is a famous star so he is always under the radar. His fans want to know who is Noah Schnapp’s girlfriend but he is currently single.