Who is Rupert Friend? Check Out His Net Worth 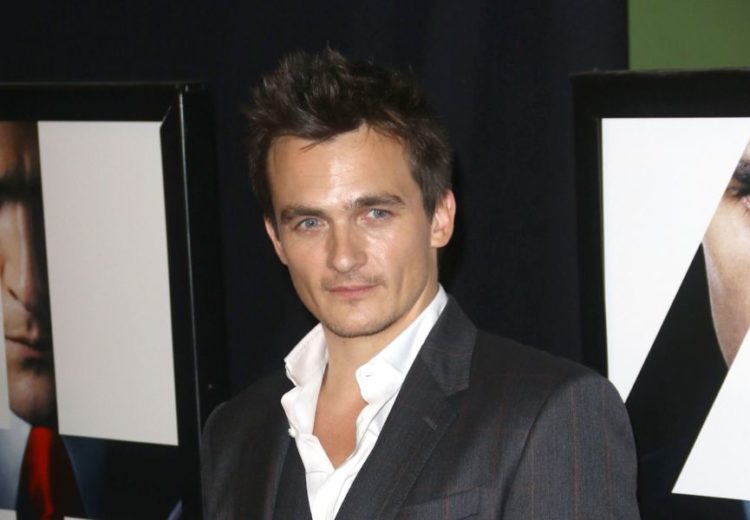 Rupert Friend might not be a very common name for many of you; however, most of you will recognize him if you search him up. This is because of Netflix’s show “Anatomy of a Scandal,” which has made him immensely famous. In fact, his notoriety could hit a new level with Obi-Wan-Kenobi. If you have not watched this series, you must have indeed seen him as the Grand Inquisitor in the Star Wars.

Moreover, there are rumors that the actor has many lead roles lined up for him. This includes some post-Kenobi roles and a possible shot at the James Bond franchise. This year might bring him many opportunities that might take his career to new heights. We all hope he can do justice to all these offers coming to him in the future.

So would you like to find out about Rupert Friend’s net worth in this regard? He might be saving a lot because of all the hit projects. Therefore, let us find out more about the celebrity and also about his net worth.

A Short Bio About Rupert Friend

Since you are reading this article, it is evident that you are curious to know more about British actor Rupert Friend. Well, you are at the right place as we will share with you some of the significant details about the actor here. He was born on 9th October 1981 in Cambridge, England. Therefore, he is presently 40 years old.

Rupert Friend firstly gained recognition for his roles in The Libertine in 2004 and Mrs. Palfrey at the Claremont in 2005. Needless to say, both these films helped him win the awards for the best newcomer. He also portrayed the iconic role of George Wickham in the legendary Pride and Prejudice (2005). At the same time, his other notable hit projects were The Boy With Striped Pyjamas (2008), The Young Victoria (2009), and various others.

The British actor was born in Cambridge. So he grew up in Stonesfield, Oxfordshire. As per the sources, he attended The Marlborough School in Woodstock. He received professional acting training at the Webber Douglas Academy of Dramatic Art in London.

However, initially, he had no interest in acting and rather wanted to become an archaeologist and travel around the world. He had developed this interest after seeing the iconic film Indiana Jones and the Last Crusade in 1989. But later on, he scrapped the ideas. He realized that the occupation was perhaps not as exciting as he had seen in the film. So since then, he started to take an interest in acting. As per the sources, the famous actor Marlon Brando greatly inspired him. Moreover, Daniel Day-Lewis was his childhood hero.

Some of The Notable Roles of Rupert Friend

As we mentioned earlier, Friend’s significant role came in 2004s, The Libertine. However, the second part remains one of the most notable films. Also, fans loved his role as Mr. Wickham opposite Keira Knightley.

Furthermore, the Brit actor’s filmography includes starring in Hitman: Agent 47 and The Death of Stalin. He also crossed paths with Kenobi co-star Hayden Christensen with a minor role in Virgin Territory. At the same time, Friend’s five-year stint as Peter Quinn Homeland gave him universal acclaim.

In the early 2020s, Friend began collaborating with director Wes Anderson, starting with a cameo in The French Dispatch (2021). In 2022, he starred as disgraced British politician James Whitehouse in the series Anatomy of a Scandal, which took his popularity to new heights. Moreover, his role in the Disney+ series Obi-Wan Kenobi as the Grand Inquisitor received lots of praise and appreciation from fans all over the world.

Besides being an actor, Friend is also a director, screenwriter, and producer of two award-winning short films. This includes The Continuing and Lamentable Saga of the Suicide Brothers (2008) and Steve (2010). Moreover, he also wrote lyrics for the Kairos 4Tet 2013 album “Everything We Hold.”

What is Rupert Friend’s Net Worth & How He Makes This Money?

Needless to say, Rupert’s numerous acting roles are the main factor behind his massive net worth. By now, you must have understood that he has already played some of the iconic characters in several hit projects. This has naturally led to an increase in his income. However, it is not the only one contributing to his massive fortune. Let us find out more about this!

As per the sources, earlier in his career, Friend worked behind the scenes on a number of shorts. In fact, he wrote, produced, and directed the short Steve in 2010. Famous actors like Knightley, Tom Mison, and Colin Firth were cast in the titular role. Moreover, a year earlier, he also wrote, produced, and starred in another short film.

Furthermore, he also produced and starred in the 2021 horror movie Separation, but acting is the primary way he grew his net worth. Moreover, focusing on acting has proven quite lucrative as Friend’s net worth is $4 million. At the same time, he has several projects already lined up for him. They are sure to bring him a handsome amount of money.

What are His Upcoming Projects?

If you are one of his fans, you must have heard that there are speculations of him playing the next Ian Fleming’s iconic character James Bond. After the exit of Daniel Craig in his final film Bond, “No Time To Die,” the makers are constantly in search of a similar face. So among all the new faces, Rupert Friend is also on the list.

At the same time, Friend had also performed a screen test for the role in 2003. However, he did not have any experience at that time, so the makers ruled him out. But after 19 years of experience, Rupert is now a strong contender for the role of 007. Needless to say, he is also a Brit, which is one of the major requisites for the role. So we might indeed see him someday as James Bond. Only time will tell if he lands the role or not.

Besides his potential role as Bond, we might also see him in two Wes Anderson movies. In fact, he has a prominent part in Asteroid City, which is in post-production. This movie has actors like Margot Robbie, Tom Hanks, Scarlett Johansson, and Bryan Cranston. So it is indeed going to be a good film.

Furthermore, Friend will act alongside famous English stars like Ralph Fiennes, Benedict Cumberbatch, and Ben Kingsley in The Wonderful Story of Henry Sugar. This started filming in early 2022. So hopefully, we will see the movie soon with the super-duper hit cast and plot. We hope that this project becomes. Friend’s one of the massive hits like the previous ones.

So as we conclude, we can say that Rupert Friend is one of the most famous stars in the Hollywood film industry. If you analyze his career graph, you will find that he has amassed a massive net worth at a very young age. Now he has just stepped into his 40s, so it is apparent that he will continue with his excellent work for the upcoming years unless he decides to retire. The Rivalry Between Elle Brooke and Astrid Wett Reaches New Heights.

Also Read: How Did Albert Olmstead From Cobra Kai Die?