Who is Salvador Ramos? What Do We Know About Him? 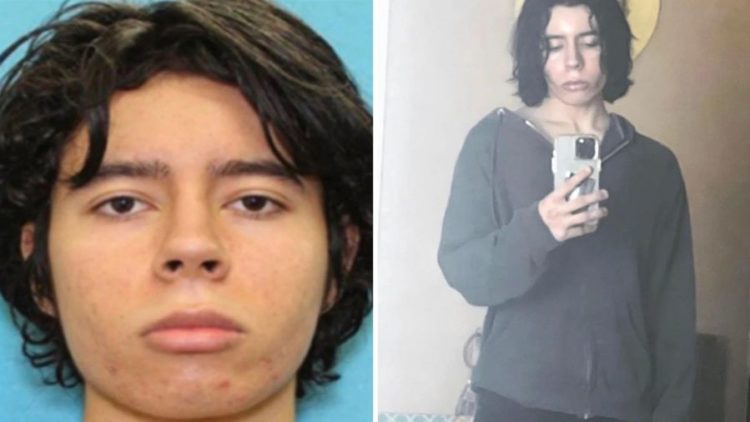 Salvador Ramos is the suspect who allegedly shot 19 school children and two adults at the Texas elementary school. It seems he cryptically messaged a stranger about his shocking act. He said “I’m about to” just hours before he opened fire on the children. This mass shooting happened at the Robb Elementary School in Uvalde and later the shooter was killed by the police after the shooting.

The shooter also posted some selfies on his Instagram page before the shooting. This event is part of a series of tragic shooting incidents where many innocent students and pedestrians have become victims in the USA. Here know about all the details unearthed about Salvador Ramos.

Who is Salvador Ramos?

Salvador Ramos is an eighteen-year-old teenager who was behind the Texas Elementary School Massacre. Many people who know him termed him as a quiet boy but no one knew that he can become a monster who can shoot students and teachers. After the shooting incident, he was found by the responding officers on the scene of the crime who shot him and killed him. It seems he was a high school student located in his town.

Ramos was identified to be a resident of the area 135 kilometres west of San Antonio. An Instagram account of @salv8do which was used by Ramos sent cryptic messages to a user in California about the shooting. The account also had photos of semi-automatic firearms. But it was later deleted from social media after the authorities made the name of the suspect public.

Sources say that Ramos was reportedly bullied in his school for his speech impediment. His cousin also has seen some students mocking Ramos for this problem. Also, this made him skip school and he usually kept to himself. Further, he was not living with his mother because of drug issues and started to live with his grandmother and grandfather.

What did he do?

Before coming to the school to start his shooting rampage, Ramos reportedly shot his sixty-six-year-old grandmother. He had a handgun and two legally purchased rifles. An evening manager at Wendy’s in Uvalde where Ramos worked told the law officials that Ramos almost kept to himself. Further, He said “He felt like the quiet type, the one who doesn’t say much. He didn’t really socialize with the other employees,” Adrian Mendes told the outlet. “He just worked, got paid, and came in to get his check”.

A young woman who worked with Ramos shared that she noticed an aggressive streak in him. She said, “He would be very rude towards the girls sometimes, and one of the cooks, threatening them by asking, ‘Do you know who I am?’ And he would also send inappropriate texts to the ladies”.

Therefore some of the information collected by the law officials about Ramos does not give a good report about him.

He posted pictures about his gun on his social media account

In their social media account Ramos who was identified to be him there were pictures of guns and rifles. Also, there were his selfies. There was a mirror selfie of Ramos in a sweatshirt, then a close-up of his face, pictures of a gun and pictures of him holding firearm magazines. He also seemed to have tagged a user known as @epnupues in the photo but did not know who Ramos was. He also seemed to message her by saying that he got a little secret to reveal.

She seemed to question her about him tagging her in the photo as she found it scary. On May 12 he again messaged her by saying “You gonna repost my gun pics,” and on Friday she replied, “what your guns gotta do with me”. Then he said “I’m about to” and she asked “about to what” and he answered, “I’ll tell you before 11”. Later his last message was “Ima air out” at 9:16 a.m.

What happened at Robb Elementary School?

Suddenly around 11:43 a.m., several gunshots were heard in the area and then half an hour later the school shared about an active shooter on the grounds. Then he was in police custody by 1:06 p.m. in the Uvalde Police Department. After that, the police shot Ramos on the scene.

The teen gunman had no criminal or mental health history. He was an eighteen-year-old high school dropout. He may have a juvenile record but the police are still working on it.

The friend of Salvador Ramos, Santos Valdez Jr who was quite close with him shared that his friend’s behaviour started to deteriorate. He said Ramos came to the park with scratch marks on his face and said that he was attacked by a cat. Then he told his friend the truth by saying “Then he told me the truth, that he’d cut up his face with knives over and over and over”.

The friend also interacted with Ramos two hours before he started the attack. The officials also found a truck which Salvador Ramos allegedly drove to school.

Salvador Ramos was one of the man teenagers who are misguided and turned to doing bad to show their aggressiveness. Many things are going on to prevent such cases.