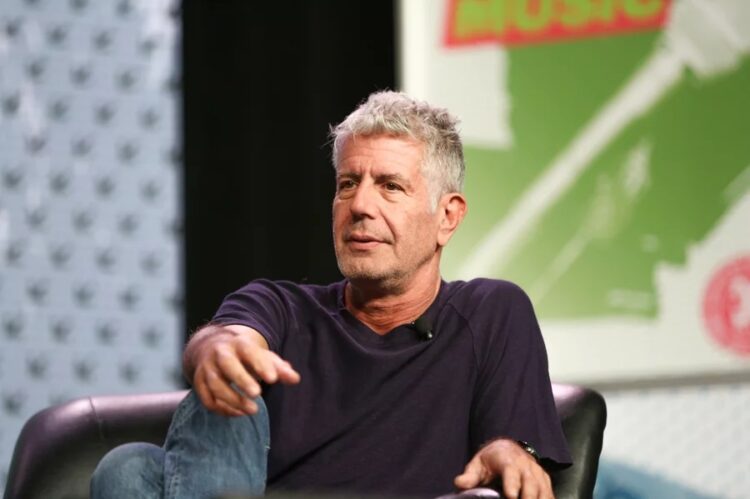 Everyone knows the popular celebrity chef Anthony Bourdain due to his talent. The sudden death of Anthony Bourdain keeps many people in shock. The Le Chambard hotel in France is the last spotting of the chef. This is the place where he was found dead on 8th June 2018. The cause of death is ruled as a suicide by the police.

Plus, the whole culinary world feels sad for his demise even to this day. Famous personalities have had the joy of relishing Chef Anthony’s dishes. Even President Obama is impressed by his dishes. While dining with the president Anthony Bourdain shares some of the inside details of the restaurant business.

The last moments of Anthony Bourdain in France

On June 8 2018, Anthony Bourdain and his dear friend Eric were in France. Anthony and his fellow chef were enjoying their time at Le Chambard hotel in France. Eric Ripert during this travel was filming a special episode of Anthony’s show. However, what Eric saw that day is a nightmare for him for the rest of his life. Plus, Ripert becomes anxious when Anthony did have dinner or breakfast that day.

When Ripert arrives at Anthony’s room he saw his body hanging in there. Unfortunately, it was too late for Ripert or anyone to help Anthony Bourdain. The great Anthon Bourdain’s life came to nothing when he thought to take his own life. When the police investigate the death they could identify it as suicide. Also, the chef used his bathrobe belt to hang himself.

The disturbing past of Chef Anthony

For the entire world, Anthony Bourdain was a culinary star. At the age of 61 many thought that he is enjoying a wonderful life travelling around countries to taste food. In reality, his life was tough. He could not come out of the dark phases of his past. Even though, Anthony Bourdain was a massive success as a chef he faced mental problems in life.

When working for restaurants for years he learns many things in this field. He also ends up with heroin addiction. In his 20’s he took Heroine to the point of killing himself with drug overuse. He did come out of heroin addiction after a few years.

Also read: Elisa Lam: What is The Unsolved Mystery Behind Her Death?

The life of Young Anthony Bourdain rising as a culinary star

Born on June 25 1956 Anthony Michael Bourdain belongs from New York City. As a child, he spends most of his time in Leonia, New Jersey. As a teenager, Bourdain enjoys his time with friends at movies and parties. Also, trying new food and dessert was a hobby for the chef. During a family vacation to France Bourdain could taste delicious fish food which sparked their interest for him in culinary.

Further, this leads him to work in a seafood restaurant at the same time attend culinary school. As a new worker in the restaurant, he did the entire vessel washing work. Gradually Anthony moves to the next level in the restaurant business. Further, in 1998 Bourdain became the executive chef at Brasserie Les Halles in New York.

This is the journey that took Anthony Bourdain to great heights in the culinary world. After his work as an executive chef, there is a remarkable achievement in his life of Anthony. Plus, even after his death, he inspires many culinary aspirants with all his works.

There are a few things that Anthony Bourdain did that answer why he chose suicide. Months before his death Anthony visited a psychiatrist in Argentina. The most important part of his life did leave him with darker experiences. As everyone knows chef Bourdain loved different cuisines. Nothing fascinates him such as a tasty dish.

However, when confessing to his mental therapist he reveals a crucial detail. Chef Bourdain did experience depression when having any bad food. Even a bad hamburger could make him feel down. Moreover, these periods of depression did affect him for many days. He also confronts that all he wants is to feel happier in life.

Anthony Bourdain and his Romance with Italian actress

Anthony Bourdain was happy in his relationship with an Italian actress. While filming a show in Rome Anthony met the actress in 2017. The chef’s first marriage did not end well. However, his new romance with actress Argento did make him joyful. After his death, public could see a video of Argento and Bourdain dancing together.

The couple was open about their romance to the public. Also, this publicity did not affect the chef very much. However, even with this romance Bourdain could not forget the darkest days in his life. He still battled depression at the time of the new relationship.

The media could get this news from an interview Anthony gave when dating Argento. In the late interview, Anthony says about the idea of killing himself. At that time everyone took it as a joke but the truth of his death is more tragic after seeing his interview.

The unfortunate death of the culinary star

Eric Ripert found Anthony Bourdain body in Chambard Hotel at 9.10 am. Later when the investigation into the incident starts police could conclude it was a suicide. Investigators did not see any foul play in his death. Some of Anthony’s friends also confront that the reason for suicide is clear.

The heroin in his young days and mental issues are the reasons for him to choose this horrible death. Anthony’s toxicology report shows no sign of drugs but only non-narcotics medicine in his system. They conclude his death by saying a suicide and it appears that it is just an impulsive step.

After his death, Ripert and even President Obama and many pay their condolences to Anthony Bourdain. Some even suspect his death was a suicide. Anthony did support many women in Mee to act. Women are grateful to him for helping out. Some suspect that his activism may have earned him enemies. However, investigators are sure to conclude his death was a suicide.