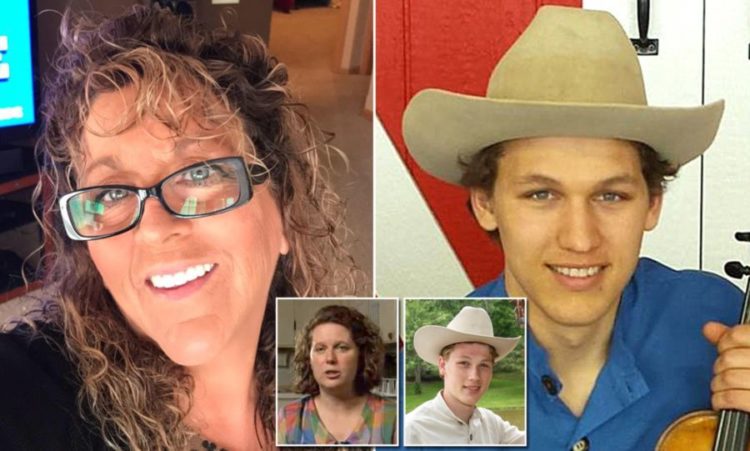 Wife Swap Murders it’s a strange, unusual story of a young 25-year-old boy Jacob killing his relatives. This incident happened when the tv show Wife Swap was on air. To know more about the story, continue reading! The premise of the TV show Wife Swap is humorous—families with different beliefs and worldviews “swap” wives for two weeks. However, many viewers are unaware of the infamous “Wife Swap Murders,”. One of the kids from the show ended up killing his mother and sibling in real life.

Jacob Stockdale, a 25-year-old boy, murdered Kathryn, his mother, and James, his sibling, on June 15 2017. Then, he shot himself. However, he managed to survive, but his motive behind killing his family is still unclear.

The Stockdale-Tonkovic Episode of Wife Swap

Wife Swap episode “Stockdale/Tonkovic” aired on ABC on April 23 2008. This episode features the Illinois-based Tonkovics and the Ohio-based Stockdales. As usual, the families on the show had quite different outlooks on life and bringing up kids. The Tonkovics included Laurie, her husband John, and their kids, Meghan and T-Vic. They all were pleasant and easygoing. It was seen in the show that Laurie danced with her kids. Also, she brought some burgers home. Laurie and her family believe in enjoying every bit of life.

On the contrary, the Stockdale family is the opposite. It had Kathy, Timothy, her husband, and Calvin, James, Charles, and Jacob, their sons. They had an entirely different outlook on family life. Their “wholesome family bluegrass band” was how they had fun. To “shield the boys from evil influences,” the children were kept in a rather isolated environment.

Also, they had to work hard to earn basic privileges like listening to the radio. Including more, according to Katy Stockdale, dating is dangerous. It may lead to pregnancy. She believed parents should properly control their children’s moral values and education.

Laurie and Kathy both created turmoil in their “new” households; it was quite obvious. But nine years later, the Wife Swap murders revealed that what viewers saw on television in the Stockdale home was just the tip of the iceberg. There were many secrets still unknown!

Also read: Who is Cameron Herren and Why is He Sentenced To Prison?

The Inside Story of Wife Swap Murders

People called the police at a Beach City, Ohio, residence on June 15, 2017. Officers arrived at the scene after hearing a single gunshot. When the cops went inside, they found Jacob Stockdale, bleeding from a head wound by a gunshot.

The cops also discovered the dead bodies of Kathryn and James, who was Jacob’s mother and brother. All the clues indicated that Jacob shot his family before turning the gun to himself. He became a major suspect in the eyes of the police. The officers took him to the hospital as he was hurt. By god’s grace, the doctors saved his life.

In a further investigation with Calvin Stockdale, he said his late brother James was a fun-loving guy. James loved his family and friends the most. He also included that his brother, Jacob was in shock. His condition is still critical. Calvin concluded that they are preparing for the family funeral. He prayed that everything will soon be healed.

The head of the family, Timothy, also made a statement after the Wife Swap murders. He told the police how lovable his wife was. He included that Kathy was a wonderful mother and a wife. She was passionate about learning organic farming and had a strong Christian faith.

When Jacob completely recovered, the police charged him with killing his mother and sibling. Everyone wanted to know why he did so and the reason behind this. But, eventually, it was hard to know Jacob’s motive behind the murder of his own family.

In the 2008 Wife Swap episode, Laurie Tonkovic served as Jacob’s temporary “mother,”. She has a hunch about why Jacob attacked his relatives.

There were many restrictions for the kids. She said Jacob reportedly ran outside in tears when she changed the rules and decided to let them have fun, use a television and video games, and live a little bit. When she followed him outside and asked what happened, he replied that his parents told him he would “burn in hell.” She thought that the Stockdale kids didn’t have much freedom. Moreover, they can’t take their decisions on their own. Laurie assumed that Jacob’s “strict upbringing” made him do so.

In October 2018, Jacob Stockdale was arrested in the Wife Swap Murders case. Though, he was not guilty because of his insanity. He attempted to flee twice during his two years in the mental health centre. However, later in May 2021, he admitted to killing his mother, Kathy, and brother, James. He was guilty and will serve 30 years in prison after receiving two sentences of 15 years each, one for each death.

The Stockdale family hasn’t said much about the Wife Swap murder case thus far. They requested in private that the court be kind in Jacob’s case. Also, Jacobs’s father and brother said they’ll maintain a healthy relationship with him. As they thought it was not Jacobs’s hand behind the killing of their loved ones.

The Wife Swap Murders serve as a horrifying illustration of the drawbacks of reality television. Similar programs assert to offer viewers close-up glimpses into the lives of others. Jacob Stockdale, however, demonstrated that there is frequently more to the story than what the TV cameras can see when he killed his mother and sibling.

The reason behind his killings is still not clear and unknown to the people!