Who is Simon Guobadia? All About Porsha Williams’ Fiancée 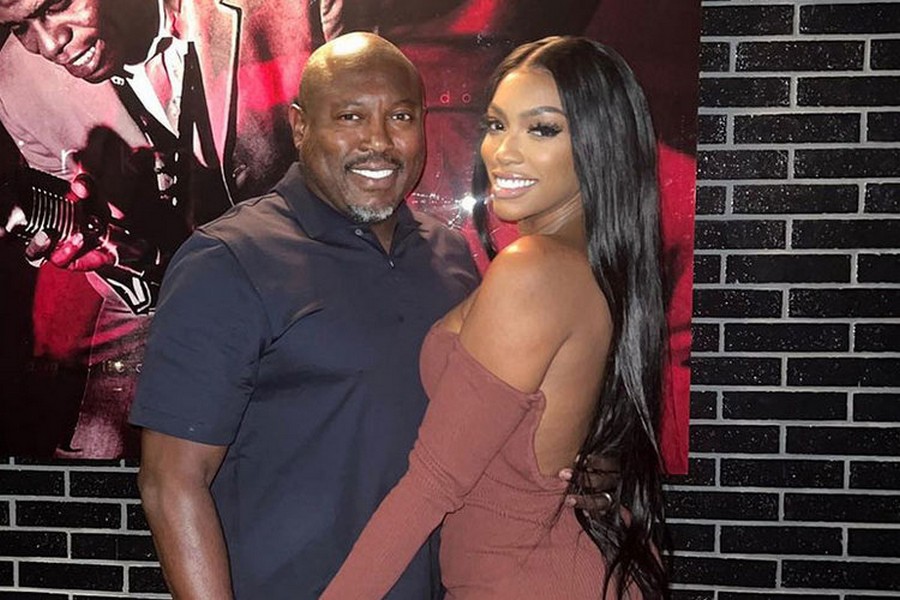 Porsha Williams is a popular TV personality. She came into the spotlight after acting in the series ‘The Real Housewives of Atlanta.’ After working almost a decade on the series, Williams took a break from it. This is to launch her spinoff show named ‘Porsha’s Family Matters.’ Williams’ affair became a hot topic among her fans. The lady is now romancing her co-star, Faylnn Guobadia’s ex-husband, Simon. Thus, people are expecting more about the love life of the new couple.

Who is Simon Guobadia?

Simon Guobadia is a famous businessman who owns a Nigerian-American ethnicity. There are a lot of things to explain about this businessman. He is a producer, entrepreneur, social media personality, etc. Additionally, he is an automobile collector too. He was born on 2nd June 1964 and he was from Benin, Nigeria. The man is much popular for doing multiple businesses.

He is the CEO of SIMCOL Petroleum Limited Company. Simon is serving here since January 2007. Additionally, he is also the CEO of KLC Petroleum Transport. Moreover, this man is a philanthropist and social worker.

Simon is also a member of many charity centers. In May 2021, he gained the attention of the public and became news headlines of getting engaged with Williams. She was a ‘Real Housewives of Atlanta’ star.

But the man already tied the knot with Falynn. She announced her divorce officially on her Instagram account recently in 2021.

Based on some sources, it was known that Simon was from a middle-class family. At present, he is 57 years old and follows Christianity. His real name is Simon Lyore Guobadia.

My wife made this Mini Motion Picture of me. Wait for it…… @ FrenchQuarter NewOrleans https://t.co/OVb71XbgWl

Simon started to focus on his career and worked in many private companies initially. Then, he set up his business and company and worked hard to succeed in his life. Thus, with his hard work and effort, he became a big businessman at present.

Also read: Who is Kate Hudson Married To? All About Her Partner Danny Fujikawa

In the same year of 2021, Simon disclosed his relationship with Williams during May. They confirmed the relationship on their social media account, Twitter. But Williams’ co-stars didn’t support her. She even said that her RHOA fellow star, Cynthia Bailey refused her to wish for her engagement.

Despite, Williams’ co-stars didn’t support her in the new relationship, the couple stayed together till today. Even fans are wondering about whether this relationship will work out well or not.

What is Simon’s Net Worth?

Simon is a wealthy man and he earned a good net worth. So, what is Simon Guobadia’s net worth? It is around $40 million based on the reports from ‘Exact Net Worth.’

In his early days, he was working as a tax manager. Then, he started launching his own business. Additionally, he started producing many movies such as

Based on his LinkedIn Profile, some of his details are available. According to his profile, he is the Chief Executive Officer of the SIMCOL Petroleum Limited Company. Then, during his leisure time, he spends time at many charity centers. Furthermore, he donates the needed things to his local poor community including North point Ministries.

How Many Times has Simon Been Married?

Simon recently engaged to Williams, an RHOA star, but the man had already three on-off relationships in his personal life. He also had five children from his three previous marriages.

At first, he married Karron English. The couple stayed happily for two decades and had two children in their love life. But after he met Connie Andrade-Rivera, he divorced Karron. With Connie, he had a daughter but her name is not available. In addition to these relationships, the man already had two sons in his life. But he didn’t open up about the two sons’ mother. His sons are Christian and Benjamin.

Then, he married an RHOA star, Falynn. But the couple didn’t have any children and they separated soon in 2021. Finally, the man got engaged with Falynn’s friend, Williams. Some fans are expecting that his family may extend further. But there are no problems even his family will extend to the most.  Because the man had enough wealth and resources for support.

The engagement between Simon and Williams happened soon after he split up from Falynn. Almost the period is just two weeks after which he got engaged with Williams.

Thus, this is all about the biography of Simon Guobadia. To know more about him, go through the article.