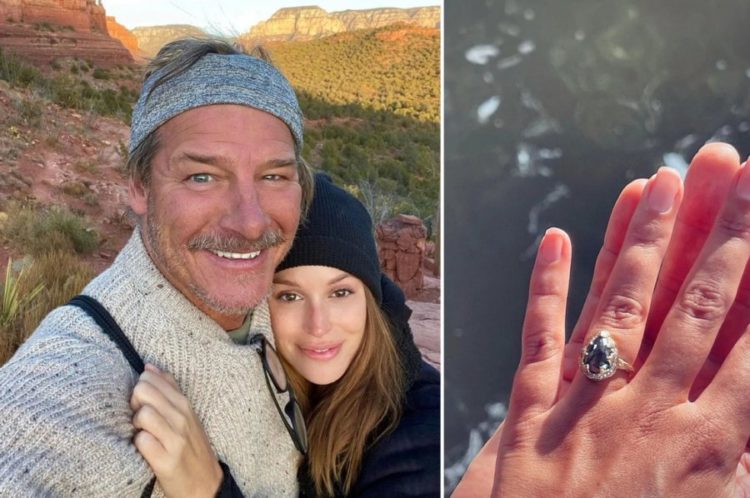 If you are a fan of home improvement shows then you will know about Tygert Burton “Ty” Pennington. Ty Pennington is a well-known carpenter of the reality show Trading Spaces. Also, he is the host of ABC reality series called Extreme Makeover: Home Edition. He received two Prime Time Emmy Awards in his career. Now he is 56 years old and is taking part in numerous projects. He has emerged as a model and actor too.

As he is a famous personality many people want to know if Ty Pennington is married? If you want to know about his love life, then continue reading this article.

Birthplace and parents  of Ty Pennington

Ty Pennington was born in Atlanta, Georgia. His birth date is October 19, 1964. Also, the name of his mother is Yvonne Burton who worked as a school psychologist. Pennington was not acquainted with his biological father because he separated from his mother when he was young. Then his mother remarried another man and he adopted Ty and his brother Wynn. From him, they got the surname Pennington.

Rise to fame and popularity

Pennington began his career as a model. He appeared in brand adverts like Diet Coke, Levi’s, Macy’s and Bayer. He visited many places all over the world because of his modelling job.

But his professional breakthrough came in the hit show Trading Spaces. He was a carpenter in the show. Then he appeared in another show titled Extreme Makeover: Home Edition. He designed homes for deserving families in the show along with a team. This made him even more popular among the audience. Also, he has helped over 200 families to get homes in the show.

Pennington was in a long term relationship with Andrea Bock. She is a popular personality who became well known as the fiancée of Pennington. Their relationship was very public and many of the viewer’s went crazy because of their chemistry. But their relationship did not work out and they both parted ways in 2009. But Pennington shared that he is still friends with Andrea. They both are mature people and they have moved on with their life.

Ty Pennington revealed to his fans about his engagement to his girlfriend Kellee Merell. She is a 33-year-old woman who joyously said yes to him.  He captioned the photo of his fiancée wearing a teardrop-shaped stone.

Merell is a social media manager from Vancouver, Canada. Pennington proposed to her when they were having their morning coffee in his home in Palm Coast, Florida.

They both first met in 2010 when Pennington was filming a show in Canada. He also has many mutual friends in Toronto so he gets to meet her from time to time. Then they again got the chance to reconnect in 2020. They liked each other so they spent the quarantine together. The time with each other only deepened their love.

Pennington has shared that he has admired Merell from a distance for many years. He has observed that she is a beautiful person outside as well as inside. Therefore he was really lucky to meet her again and start a relationship with her. He is always happy when is around her. He never thought that he would marry someone but after seeing Merrell he wanted to do it. So he is glad that he waited all these years as he got the right person.

In HGTV, Ty Pennington is appearing in a show called Ty Breaker. In the show, he helps families struggling to make their homes suitable for their lifestyles. After his engagement news, many of Pennington’s friends from the show wished him. They left sweet comments for him and his new fiancée.

One of the stars Jasmine Roth wrote “Awwww congrats!!!”.  Then Taniya Nayak left the comment “Wooohoooo! Smart move!! She’s a keeper! Congrats you two lovebirds!”.  Therefore Ty’s friends and colleagues are really happy with the news of his engagement.

The lovely couple Ty Pennington and Merell bought a 19th-century house in Savannah, Georgia. Now they both are renovating this house as they are planning to settle in it. They are thrilled to be engaged and are planning to spend their life together. Now their fans are eagerly waiting for the marriage and wondering when Merrell will become Ty Pennington’s wife.

Salary and Net Worth

Ty Pennington started his work as a good carpenter and model. Then he became the host of famous shows. He was only twelve years old when he built a small house with his friends. This motivated him to pursue a career in this field. That is why his net worth is $12 million. Also, he owns many properties in Florida, Georgia and California.

Ty Pennington is a great man. He has helped many families to own beautiful houses. Also now he is enjoying his engagement time with his fiancée. He will continue to be in the HGTV show and also many other projects.

You may also like: Truth About Gigi Santo Pietro, Vanna White’s Daughter