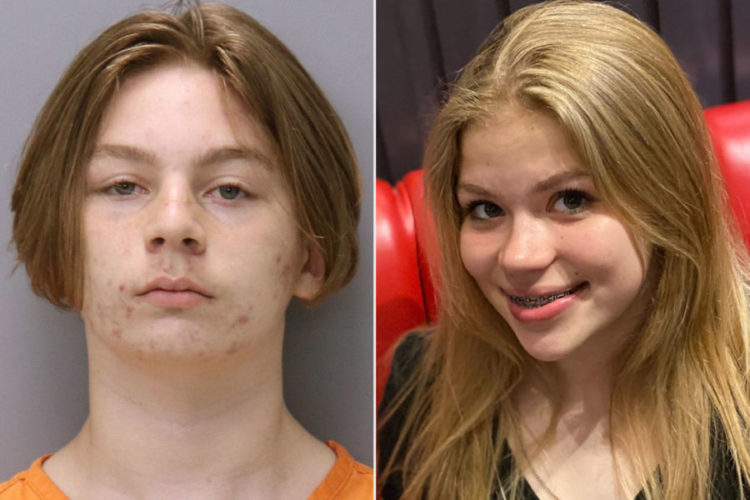 Have you come across Aiden Fucci? He is the fourteen-year-old boy who got charged with first-degree murder for killing cheerleader Tristyn Bailey. She was just thirteen years old. It was a crime that shocked the neighborhood of Durbin Crossing. Tristyn Bailey’s parents reported her disappearance to the police. They searched for her for sixteen hours. Then a neighbor found her body and notified the police. The authorities found many stab wounds on her body. It was a cold-blooded murder.

After that, they found the video evidence to support the claims that Aiden Fucci was the murderer. Here you can find all the details of Aiden Fucci.

Who is Aiden Fucci?

The authorities arrested a fourteen-year-old boy named Aiden Fucci on May 9 Sunday. They held him at the Department of Juvenile Justice facility located in Daytona Beach. The grand jury charged Aiden Fucci with first-degree murder. This means that the case will automatically move to adult court.

Fucci seems to be the only suspect in the case. Tristyn Bailey was his classmate. They both were studying at Patriot Oaks Academy at St. Johns, Florida.

A photograph was circulating on social media after Tristyn’s death. It was posted on Aiden’s Snapchat account. He was standing at the back of a cop car and holding a peace sign. The caption was “hey guys have anybody [sic] seen Tristyn lately”.

This image is reviewed by the police as potential evidence in the case. Then in August, there was a new video that showed Fucci walking with Bailey on the night of her murder.

The Florida prosecutors are saying that in the video he was walking with her and later was running alone. The video of them walking towards a wooded area in their neighborhood during the night was caught by the neighbor’s surveillance camera. Further, there was another shocking video that showed Fucci’s mother, Crystal Smith washing the blood from her son’s jeans. It seems she was washing the pants when her son was being interviewed by the authorities.

The jeans and the drain in the Smith’s home showed proof of blood. Then Crystal Smith was charged with tampering with the evidence.

How did Tristyn Bailey die?

In a news conference that happened on Thursday, May 27, the state attorney of Florida R.J. Larizza revealed that Tristyn was stabbed 114 times. Also, 49 of those wounds were found in her hands and arms. The investigators had discovered a folding buck knife in a pond which they believe is the murder weapon.

The cheerleader was last seen on Sunday, May 9 at roughly 1.15 am in the North Amenity Center. Her parents reported that she was missing at 10 am on Sunday. This started the sixteen-hour search for the teenager. Later a neighbor found her body in the woods nearby.

Sheriff Rob Hardwick shared that this is a cold-blooded murder committed by an individual who does not deserve his name to be mentioned.

What did the witnesses say?

A student who was close with Fucci revealed that he had talked to her about killing someone frequently. She said that Fucci has talked to her about taking someone to the woods and stabbing them. So she doubted that there was something wrong with Fucci. When talking about stabbing someone he would pretend to do it in front of her. The sources also reveal that Fucci has drawn graphic pictures of mutilated bodies. The witness also has revealed that he hears a voice when angry that tells him to kill people.

When is Aiden Fucci hearing?

A reporter on Twitter revealed that Fucci made an appearance to hear his new pretrial date. It is set for February 2, 2022. The trial is not likely to begin unit the fall of 2022.

Fucci has revealed to the authorities that he and Tristyn argued as they walked back from a friend’s house. The hearing happened after Fucci was seen rocking back and forth in his chair. He said that “you demons cannot take my soul” at the time of his last court appearance. Previously he was seen in the hearing happened at St John’s County Courthouse looking scared and staring into the space.

Many people involved in the case are saying that nothing happened accidentally in the case. It was a cold-blooded murder of a girl who did not deserve to die.

This murder case is also a cautionary tale for the parents. They have to know where their kids are going and doing. Fucci is getting tried in court as an adult for his crime. Many people have signed an online petition for him to get the punishment he deserves.

You may also read: How Did Dakota Culkin Die? Biography and Cause of Death