Why were Graham Crackers Invented? 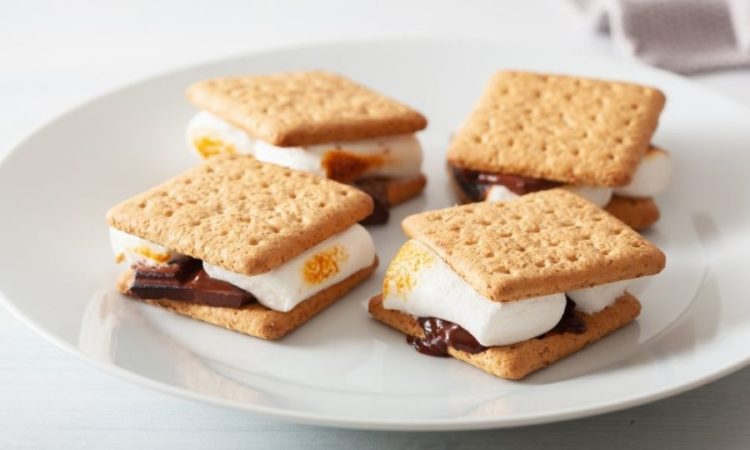 There is new interesting information about the Graham Crackers trending on the internet. It is about the origin of these Crackers and for what it was actually invented. Many people are talking about it on Twitter and TikTok. Today the famous Graham Crackers come in honey and cinnamon flavours. Most of them are used to make s’mores. But do you know that the first crackers were invented in the 1800s?

Now only many people have come to know about its history. Therefore, you can know all the information about Graham Crackers here. Also, you will be surprised by many details.

The Graham Crackers were invented by Reverend Sylvester Graham who was a Presbyterian minister. The Reverend became very obsessed with healthy living. Also, he believed in the idea that sexual desires are sinful and it could lead to physical problems. At that time many followers of the minister also accepted his ideas. They thought that the diseases like epilepsy and spinal disease are caused because of lust.

Then the Reverend got an idea. He believed that diet is the one thing that can help to repress sexual desires. Therefore, he encouraged people to become vegetarians.  He himself abstained from meat and ate food high in fibre. Further, he thought that this is the way people have to live as God intended.

Why were these Crackers invented?

Hence to discourage people from eating meat that can lead to lust he created a food called “Graham bread”. It was made with unsifted flour. After some time, it led to the Graham Crackers. His preaching became very popular because at that time people were suffering from the 1829–51 cholera pandemic. The followers of Graham were called Grahamites and started the first vegetarian movement in America. They created graham flour, crackers, and graham bread. But Graham did not invent these products or neither profited from them.

Reverend Graham invented the Crackers to control the lust but only in 1880 the Graham Crackers became commercialized. Many years after the death of the Reverend, Crackers have become a popular product. Over the years the taste of the Crackers became sweeter. It is available in many flavours too.

The main ingredients of the Graham Crackers are flour, oil, molasses, salt and lard. It has become the mass-produced product in America by the National Biscuit Company. Also, the crumbs of the Crackers are used for pies and moon pies. Further, the bakers use the Crackers crusts to top the cheesecakes.

How did people react to the trend?

Lots of people on Twitter and TikTok reacted to the Graham Cracker trend on Twitter. Many people were amused that the simple Graham Crackers they know were invented to repress sexual urges. Also many even started to read about these Crackers on Google. One Twitter user commented that after knowing about Crackers he is feeling bad about giving it to children in Sunday school. Another user jokingly added that he wants a pack of Crackers after knowing why it was invented.

I made s’more‘s in the microwave last night. It brought back a lot of memories and they were delicious! #smores #marshmallows #hersheychocolate #grahamcrackers #microwave #frommykitchentoyours pic.twitter.com/8uBxtxssCa

These Crackers are famous today as they are used in many households. Eventhough it was created for a different purpose it is known mostly for its taste today.