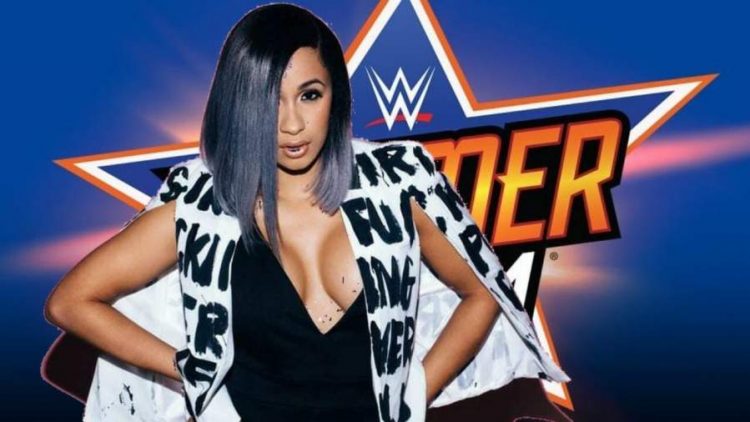 Summerslam is an event that everyone is waiting for patiently. The WWE has always treated their fans with much anticipation. Moreover, the latest revelations about the 2022 edition were a bang as well. The video created hype and raised a question. Will the hype live up to everyone’s expectations?

What did They Reveal?

The video featured the official theme song for the summer spectacle. The song is Cardi B’s ‘Up’. Moreover, the rapper’s involvement has created an uproar for the fans. Also, many have speculated that she will line up for the upcoming WWE show. Though many are thinking it to be a surprise. There were a few who guessed that Cardi B would be the one representing the WWE Summerslam title. As it was already assumed that she would tie up with the WWE in recent times.

Not only the assumption; but WWE Chief Brand Officer Stephanie McMahon straightforwardly said Cardi B may be there. She, in an interview, was discussing the names of the celebrities that WWE may include. Hence, her name popped up.

Wait, There is More

However, the fans of the tournament are saying that her involvement will be deeper than this. What does that mean? That remains unknown. Nevertheless, they are speculating about some major points of events. Nevertheless, in one of the follow-ups, Andrew Zarian of Mat Men Pro Wrestling Podcast has said something interesting.

I can confirm that I was told cardi b is the host for SummerSlam this year. pic.twitter.com/jNQmEMSbjJ

Zarian has broken a ton of WWE news. He even posted on his social media platforms about the news. Zarian broke the news to the fans in the most eclectic way possible. He dropped a “bomb” through his post. Zarian said that Cardi B will host the SummerSlam 2021.

With this revealed, many fans rejoiced. Their speculation solidified. In his post, Andrew Zarian wrote, “I can confirm that I was told cardi b is the host for SummerSlam this year.”

The host in the WWE plays an important role. They come out from time to time to address the crowd. Moreover, they are responsible for making the event lively. However, knowing how unique Cardi B is, the event may just be extraordinary this time. Her involvement could change the aspect altogether. Though she will be getting a huge pay, the chances of getting physical are slight.