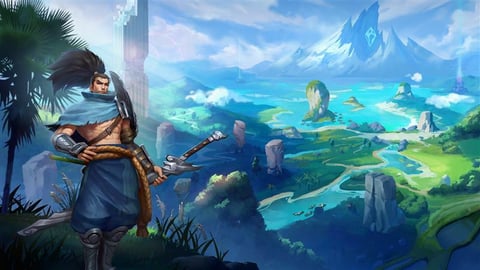 Riot Games has disclosed the impending League of Legends 4.0 Preview content. A ton of exciting new game improvements are included in the upcoming major update, including two new champions, a vast number of skins to collect, the return of a classic game mode, and gameplay adjustments that might completely shift the meta.

Additionally, the champion Nami-themed Ranked Season 8 premier skin award has been made public. Graves will appear as a supervillain in the following Wild Pass skin reward. It has also been revealed. Fans can anticipate a skin line with a new year’s theme thanks to the Wild Rift Patch 4.0 update.

When will the 4.0 Wild Rift Patch Be Released?

The 4.0 update for Wild Rift is scheduled to be released on January 12th (UTC). This information was divulged in a post that appeared not too long ago on the game’s official Twitter handle.

Riot Games disclosed this information in their most recent patch preview, which indicates that the significant upgrade would be published right before the beginning of the Chinese New Year. Alongside introducing new champions, there will also be the release of events and skins that are themed after the event.

Who are the New Champions ?

It has been announced that the Wild Rift Patch 4.0 update will include two new champions.

Zoe, The Aspect of Twilight

In the world of Twilight, Zoe is known as the Aspect of Twilight, the personification of change, inventiveness, and mischief.

She is known as a burst mage and can spam teleportation skills and deal tremendous burst damage. She can also take advantage of the spells and enchantments cast by other players, making her highly unpredictable.

Zeri, the Spark of Zaun, is a champion markswoman who, when equipped with a shield, is granted an increase in her base movement speed.

She is highly nimble on the battlefield and can sprint up barriers to get away from her pursuers more quickly.

What can players anticipate from the upcoming Wild Rift Patch 4.0 update?

Riot Games has hinted at a great deal of intriguing new content that will be included in the upcoming significant patch release. This includes adding two new Wild Rift champions named Zoe and Zeri, reintroducing the All Random Ultra Rapid Fire (ARURF) game mode, a skin for the Ranked Season 8 competition, and rewards for the Wild Pass Season 11 competition, and a great deal more.

Players may also expect a Lunar New Year event, guaranteeing significant benefits for those who engage in the next event. This event is expected to take place sometime in the future. Fans will need to keep their eyes peeled for additional developments in the future because Riot Games has not yet disclosed all of the information regarding the forthcoming event.

Checking through the official patch preview provided by Riot Games will provide players with a rundown of the content that will be included in the upcoming version 4.0 release for Wild Rift.