Will the Post-Apocalyptic Show “The Walking Dead” Return With Its Season 12? 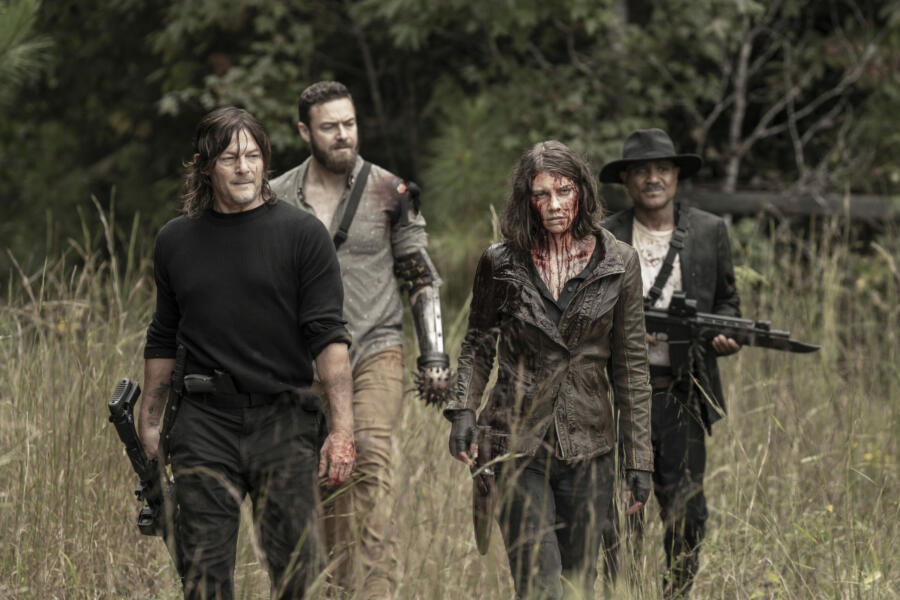 After 12 years of unparalleled glory and 11 seasons, AMC’s staggering zombie series The Walking Dead draws to a close on November 20. The creators arrived at the culmination of the show with the airing of the last episode, Rest in Peace. However, fans are still craving for more of the horror-thriller series.

The Walking Dead is an American post-apocalyptic horror television series that has its roots in a comic book series. The comic book series comes under the same name. Robert Kirkman, Tony Moore, and Charlie Adlard have conceived the text. Thus, together they form the core of The Walking Dead franchise. Indeed, in the series we see a large ensemble cast as survivors of a zombie apocalypse. In fact, they are grappling with a menacing predicament. They are groping in the dark.

We see them struggling to stay alive under the almost relentless threat of attacks from zombies. The zombies are called the “walkers”. The series foregrounds the collapse of modern civilization. Indeed, these survivors must encounter other human survivors. In fact, the other human survivors have created groups and communities with their own individual textbooks of laws and morals. Thus, we experience the birth of endless conflicts and open, hostile clashes.

The Walking Dead begins after the onset of a worldwide zombie apocalypse. The zombies or the walkers move in a slow and awkward gait. They feed on living humans and other creatures. Noise such as gunshots and the smell of humans attract them. In fact, it seems at first that only humans whom the zombies have bitten or scratched can transmute into other walkers.

However, the series reveals early on that all living humans contain the pathogen that is responsible for the mutation. The situation is a grimmest hysteria. Indeed, the death of the pathogen’s host activates the mutation. In fact, the only way to permanently wipe out a walker is to damage its brain or destroy the body entirely. Thus, cremating the walker is the only way.

We are sorry to let you know that The Walking Dead will not be coming back for the twelfth season. In fact, the series has outrun its source material. Thus, it makes all the more sense for the creators to draw the show to a close. However, The Walking Dead universe will carry on living with multiple spin-offs. Besides Fear the Walking Dead which will release its eighth season next year, AMC will also be giving birth to a Rick and Michonne-based show in 2023. This series mines into the depths of an epic love story. We will see two characters who are changed by a changed world. Indeed, distance keeps them apart.

Also read: Let’s Find Out the Release Date of Cheer Up Episode 12