The Future of Online Gambling: Will We Ever See Virtual Reality Casinos? 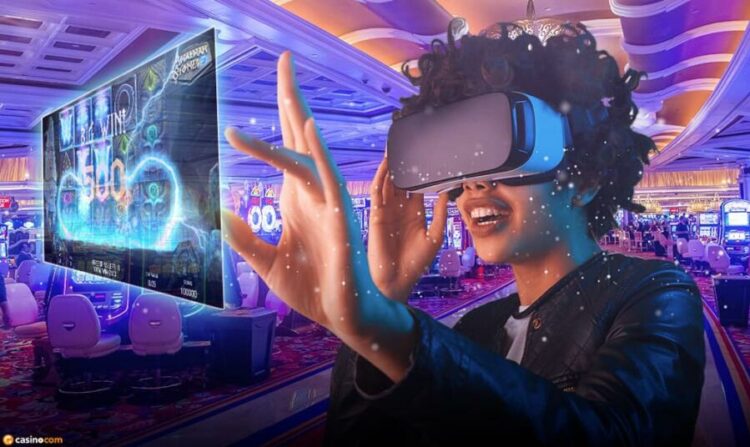 Virtual reality is one of the most exciting gaming innovations of the 21st century (so far). Not that it hasn’t been around for ages – but when it first tried to get a foothold in the gaming market, back in the 1990s, neither the games nor the headsets were good enough for widespread success. Even the new and improved version has struggled to succeed, in spite of the media – and countless gamers – being very excited about it.

VR has triggered hype in almost every area, including online gambling, prompting the emergence of some inspiring innovations in the industry.

The future was there

For a while, specialists and players alike thought virtual reality was the future of online gambling. After all, there were already countless people playing online blackjack for real money in Australia and all over the world, many of them intersecting with the target audience for VR. It seemed like a match made in Heaven.

Some casino operators quickly released their “VR Casinos” – most of them were little more than a first-person interface for the games already existing. One developer, in turn, veteran innovator and service provider Microgaming, created the real thing: the multiple award-winning VR Roulette, which won pretty much every innovation award in the mid-2010s.

And then… nothing. The much-anticipated VR revolution didn’t take the gambling industry by storm.

Exciting as it was, virtual reality didn’t grow as fast as many have anticipated. The early VR headsets were a bit too heavy for the average gamer’s tastes, and their prices were a bit too steep as well.

On top of their price, they needed pretty heavy hardware to be able to perform, and many gamers were simply not ready to invest thousands of dollars into a new gaming PC only to play with a mere handful of games and “experiences” in virtual reality.

Game developers have also resisted the new platform for way too long. In the first few years, there were simply no AAA titles running in VR, let alone exclusive titles that would’ve attracted masses of gamers to the platform.

But things are changing

Slowly, that is. Current estimates speak of around 30 million active VR headsets in the world, based on the sales of the last few years. While this is still far from the “critical mass”, it is a big enough number for developers to take into account when planning for future releases.

While the games available for VR headsets are still mostly casual – some of the most successful titles include games like Beat Saber, social networks like VRChat, sandbox games like Boneworks and shooters like Pavlov VR – there are already a few AAA exclusive titles available for the platform, most notably Valve’s own Half-Life: Alyx that has become the most-downloaded VR title so far.

As the number of VR headsets grows, so will the need for services other than “traditional” games. And this will lead to the emergence of everything from encyclopedias to virtual offices and, why not, virtual reality casinos.

Also read: The VR Backpack is The Closest Thing We Have To True Virtual Reality