Will Zion Williamson’s Injury Sideline Him from Community? How a Church Visit Shows His Connection to New Orleans 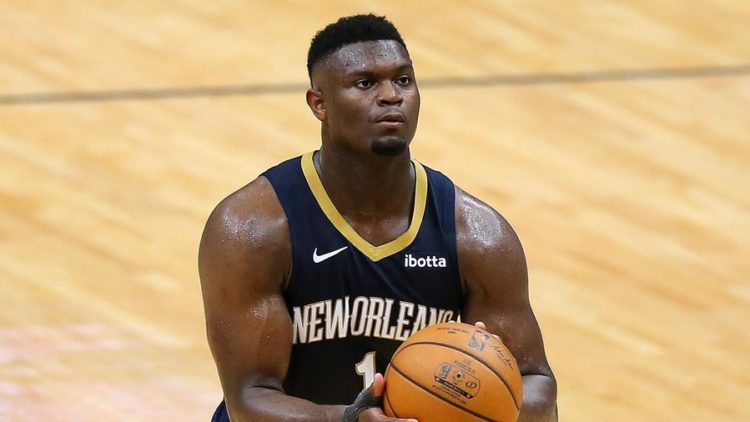 If you are a basketball fan, you must have indeed watched the NBA matches, right? You must know that there are only a couple of weeks remaining in the 2021-22 NBA regular season as the league will now run to the playoffs. However, many teams, including some of the top contenders, are still short of players as they deal with the injuries of their key players. So when we talk of the injuries of the key players, the first player whose name comes to our mind is Zion Williamson. He is an American professional basketball player who plays for the NBA’s New Orleans Pelicans.

If you have watched his matches, you will know that he plays in a power forward position. However, due to his injury, his team sidelined him. But a few days back, his church visit has brought him back to the spotlight once again. You can check out this video to get a clear idea https://youtu.be/bl5kHAnYTUc.

Who is Zion Williamson?

Even though this star basketball player does not require a separate introduction, however, we will share with you some of the significant aspects about Zion Williamson. As we mentioned earlier, he is an American professional basketball player of the New Orleans Pelicans.

However, Zion Williamson’s recent injury has debarred him from participating in the upcoming matches. But the current issue that has brought him into the spotlight is his visit to the fifth African Baptist Church. Yes, the star player had visited there on March 6th at 8 A.M. Hundreds of congregants went to the church to hear pastor Dale Sanders give his weekly sermon, which he calls “church in the hood.” Zion, along with his family, was also attending the services that day. His fans were indeed surprised to see him there. Let us now elaborate further on the happenings of that day.

Why Did Zion Williamson Visit the Church?

Many of our readers are probably looking for the answer to this question. Well, you are at the right place as we will share with you all the relevant details. As per the sources, Sanders had no prior info about Williamson’s visit to the church. However, he could tactfully handle the situation and prevented him from getting mobbed.

Zion Williamson has been criticized for a lack of investment in New Orleans and the Pelicans.

I spoke to the pastor at a local church that he visited, and I heard a different perspective from the one that's been portrayed nationally:https://t.co/BR06t2P4YG

Since Sanders himself is also a huge basketball fan, he recognized Williamson when he came to the church. Others who were present at that time also recognized him at once. The star player stayed for the entirety of the sermon. On that week, Sanders was covering Psalms 51. This sermon is all about God’s forgiveness.

It is possible that Zion probably had the idea of forgiveness on his mind while trying to rehabilitate his image. As per the reports, we don’t expect him to return to the court this season. Presently, he is also facing heavy criticism for remaining distant from the team. In fact, his former teammate JJ Reddick also lambasted Williamson for not texting his new teammate CJ McCollum. They indeed brought this matter up in front of the national news.

This attitude shows his lack of investment in the team, the organization, and the city. He might be injured and therefore is away from the team; however, that does not justify his attitude. However, Williamson and McCollum did eventually connect shortly despite all the issues. Presently, we can see a change in his attitude, which shows that he is again trying to get back to his team.

How is the Present Attitude of Williamson?

Zion Williamson has changed his attitude and is again showing his concern for his teammates as per the sources. In fact, during his visit to the church, he had a chat with Sanders after the service was over. Sanders disputed the notion that Willaimson seemed moody or disinterested in the New Orleans community.

Sanders himself said that he seemed in great spirits when he chatted with him. In fact, he took many pictures and talked with a lot of people there. Not for once did Zion seem distant or moody. Moreover, he was quite comfortable being in the public sphere after a long time. This video here also shows that he looks ready to return from injury

Williamson might not play in any of the matches this season; however, he has recently rejoined the team. He is presently doing some light exercises. So we hope we will get to see his amazing performances in matches soon enough.