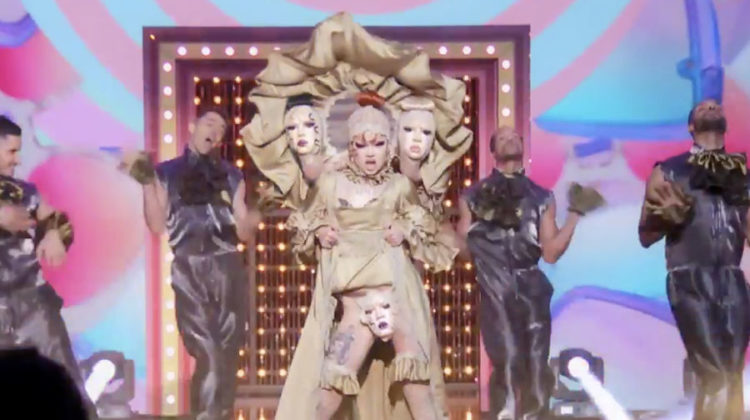 Many of you must be curious to know about the season 14 winner of the very famous RuPaul’s Drag Race. You have every reason to be curious, firstly, because this competition is indeed an outside-the-box initiative taken by the channels Logo TV and VH1. And secondly, the entire show is elaborately glammed up under the direction of Nick Murray. Moreover, each year brings new challenges and twists to keep the viewers hooked. This year was no different. The shining star of the season was none other than Willow Pill!

Interested to know more? We are here for you. Keep following the blog, and we promise to give you the juicy facts about RuPaul’s Drag race, Willow Pill, her final look, and what she has to say post the iconic win.

All you need to know regarding RuPaul’s Drag Race

RuPaul’s  Drag Race is a widely accepted American reality contest tv series produced by World of Wonder. The channels airing the show are Logo TV and VH1. And why wouldn’t they? It’s, after all, first in first in the Drag race charter. The overview we see of the show is RuPaul, searching for America’s Drag Queen.

This Drag race involves a panel of judges, including RuPaul, who we see as the head judge. Besides, she is also the host and mentor in the contest. We all see Michelle Visage, Carson Kressley, or Ross Matthews in the judge’s seat. We can see them critically observing and marking the contestants’ performances throughout the season. So far, there have been 14 seasons. We will give you a list of the 14 winners. They are BeBe Zahara Benet, Tyra Sanchez, Raja, Sharon Needles, Jinkx Monsoon, Bianca Del Rio, Violet Chachki, Bob the Drag queen, Sasha Velour, Aquaria, Yvie Oddly, Jaida Essence Hall, Symone, and Willow Pill.

You must be aware that this is the highest-rated show on Logo Tv. It also airs internationally in Israel, the UK, Canada, and Australia. In addition, the show has won the Emmy awards six times. Did you know the tagline for the show? “Gentlemen, start your engines, and may the best woman win.” This has our heart.

We witness that the show allows contestants of any s*xual orientation to participate. Besides, you must have also noticed a maximum of gay participants and transgenders each season. Season 14 is perhaps, the first to have five transgender women in the cast. We see Kornbread, Kerri Colby, Jasmine Kennedie, Bosco, and our star Willow Pill.

Who is Willow Pill?

Willow Patterson is an American Drag artist. Did you know that she is the drag sister of Yvie Oddly, the season 11 Drag champion? Patterson or Willow Pill( stage name) was born in Denver, Colorado, USA, and attended Colorado State University.

Pill gained fame as a contestant on Season 14 of RuPaul’s Drag race. She also won a cash prize of $150,000, the first transgender woman to win the contest. We have all witnessed her phenomenal performance in the Snatch game and Telephone by Lady Gaga ft Beyonce.

Pill had aptly identified herself in a recent interview and voiced her thoughts. “I say on the show that my version of myself is having the queerness of the Universe flowing through me.” She also added, “There’s not anything queer about me, there’s something queer about the Universe, and I am a channel for that.”

We are sympathetic hearing her hard take on life. “Life is nasty and difficult, and  I just don’t know how I’d hold onto anything if I wasn’t able to piss out of it and make it into something that’s my own.”

Willow Pill had always delivered her unique approach to drag, therefore, making her fan’s favorite. Besides, we have also seen RuPaul always commenting on her out-of-the-box thinking. You must have noticed that her style resembles her drag mother, Yvie Oddly. The finale had been a glamorous one, and we all were mesmerized to see the look of the contestants, especially Pill.

Are you enthralled by Pill’s three-headed look at the first performance of that evening? I am sure you are. We can give you all the details you need to know about this iconic look. Firstly, “I Hate People” was the song she chose to perform paired with the many-faced people’s illusion. How can we not applaud this thinking? Secondly, she was clad in a green gown with two heads on two sides of her face.  Thirdly, Utica, the season 13 queen, had helped her create the look.

We hear her thanking the former queen in her post. “This incredible piece was constructed by the one and only @ queenutica…, and the final result is more than I could dream of!” We are heartbroken hearing her talk about her efforts to discover her identity as a trans femme person. In fact, we get to learn that she had a deep medical trauma. A trauma that stems from Cystinosis- a kidney disease.

We hear her modesty as she goes furthermore to thank the makers of the look. “So much work and love went into making this idea a reality!”

Willow Pill to step down from drag?

Speaking about her win, Pill humbled us with her choice of words. We hear her speaking about spending her money with a very modest approach. “I’ ve never had this amount of money, and I honestly don’t know what to do. Even though I should go out to an expensive dinner, I’ll probably go to Chipotle after this.”

However, we are shocked and disappointed at her decision to opt out of drag for some time. In an interview, we hear her voicing her thoughts about it. ” I would love to phase a little bit out of drag. I’d love to get more into acting and absurd sketches and music. I kind of want my art to get more disgusting and dirty and more fun.” Furthermore, she lets us into her heart’s desire. “I want to travel all over the world and meet people that have made me have the career I have now.”

We are with you in all your endeavors, queen. You have a long way to go, girl!

The life of drag artists isn’t an easy one. Firstly, society has yet to acknowledge their struggle and give them proper recognition. Secondly, since their work isn’t considered “professional” as other jobs, they regularly face harassment. Willow Pill’s win is the answer to the faces of everyone who consider these professions a waste of time.